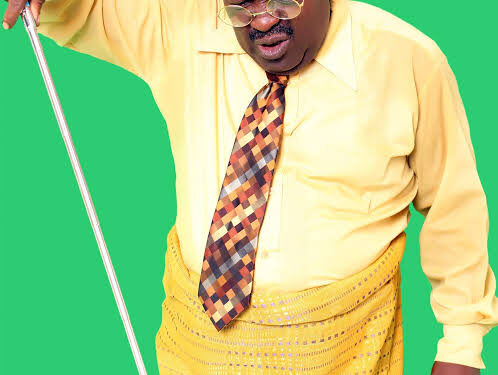 19
SHARES
193
VIEWS
Share on FacebookShare on TwitterShare on WhatsApp

Femi Ogunrombi, who played the role of Papa Ajasco in Wale Adenuga’s comedy, is dead.

Shaibu Husseini, a theatre practitioner and journalist, announced this in a tweet on Saturday.

“I have just been informed that the ethnomusicologist, former Music Instructor with National Troupe, and one-time stand-in for the ‘Papa Ajasco’ character on the popular Wale Adenuga Production comic series ‘Papa Ajasco’ Femi Ogunrombi is dead!”, his tweet read.

Mr Ogunrombi was famous for his role in Wale Adenuga’s Comedy series Papa Ajasco, a character he took when Abiodun Ayoyinka pulled out of the show.

Mr Ayoyinka played the role for eight years while the deceased took on the part for two years.

He was a recipient of many local and international awards, most notably in 1995, when he was awarded a gold plaque and a Diploma Certificate in Creative Composition in North Korea for performing a song in that language.

From nursing to music

Femi Ogunrombi started as a trained and registered nurse.

He studied Medical Nursing in 1975 and practised at the General Hospital, Ikeja, Lagos, where he was attached to the Accident and Emergency unit. This enabled him to switch to industrial medical practices; he worked with Atlantic Textiles Mills as a medical officer.

However, in 1980, he decided to follow his passion for the arts.

In 1975, he was a choirmaster and music producer. He shut down his clinic in 1979 to pursue his music career.

He frequented EMI Music studios, where he worked with Chris Ajilo and Item Udoh. He also liaised with Peco Colete, who managed Majek Fashek then.

There, he founded the famous Ayoro Voices, a performing choral group at the University of Ife, between 1980 to 1984.

The group was a cultural ambassador for the school. After starring as Papa Ajasco for two years, he returned to his first love, music.