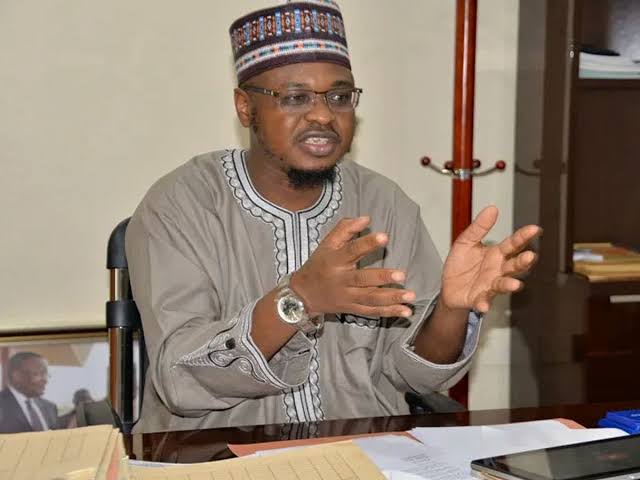 2
SHARES
23
VIEWS
Share on FacebookShare on TwitterShare on WhatsApp

‘In an era of terror, the nation cannot accept a serving minister spewing, at a mature age, rhetoric of religious hate’

The allegations against him are incredible, damning and incurably damaging. It is simply incredulous that a man who is not just a member of the country’s highest decision making organ, the Federal Executive Council (FEC), but also heads one of the country’s most critical and sensitive ministries could allegedly have sympathies for notorious terrorist groups and their nefarious agenda.

Trouble began for Dr. Isa Pantami, Minister of Communications and Digital Economy, when a local news outlet reported that the minister had been placed on a United States watchlist for his alleged links to terrorism. The minister’s first reaction was to deny the allegation and threaten to sue the newspaper and any other medium that published the story, while also demanding a retraction and apology.

However, both audio and video recordings began to circulate widely on social media, indeed documenting how the minister, at various stages of his career as an Islamic cleric, actually expressed views that not only bordered on religious extremism but also espoused an endorsement of the murderous activities of terrorist groups. For instance, in one of the allegations against him, Dr. Pantami was found praising the late Osama Bin Laden, founder of Al Qaeda, and saying that even though the latter was liable to make mistakes as a human being, “I still consider him a better Muslim than myself”. So, a terrorist leader like Bin Laden, who had the blood of thousands on his hands, once enjoyed the admiration of a Minister of the Federal Republic of Nigeria!

Another audio and video recording emerged in which, during an Islamic sermon, Dr. Pantami volunteered to lead a force of the Sharia police, Hisbah, to Shendam in Plateau State, where there had been bloody religious clashes, to fight in defence of Muslims. Another document revealed that in 2010, at a meeting of the Jama’atu Nasril Islam (JNI) chaired by Pantami, it was agreed that Christians should be prohibited from building churches in city centres across northern Nigeria. Surely, a person with this mindset cannot see himself as representing all Nigerians, irrespective of faith, in government. It is noteworthy that even though majority of the people in the north are Muslims, millions of Christians also live in the region.

In a 2006 speech, Pantami publicly offered his condolences after the death of al-Qaeda’s leader in Iraq, Abu Musab al-Zarqaw. In another audio clip, Pantami was emotion laden as he described the insurgent terrorists as “our Muslim brothers” who did not deserve to be “killed like pigs”. In another recording, Pantami said he was happy when infidels were massacred. With the mounting and apparently irrefutable evidence against him, Pantami got off his high horse and opted for a different course of action from his earlier denials and threats of legal action.

We will sanction FUTO for illegal professorship to Pantami, says ASUU

While admitting that he actually expressed the views attributed to him, the minister, in a seemingly remorseful tone, said, “Some of the comments I made some years ago that are generating controversies now were based on my understanding of religious issues at the time, and I have changed several positions taken in the past based on new evidence and maturity. I was young when I made some of the comments. I was in university; some of the comments were made when I was a teenager”.

But how genuine is Dr. Pantami’s purported repentance? If he was truly penitent, why did he initially seek to bluff his way through by issuing threats of court action against mediums that published the allegations against him? Should he not have come clean right away, admit his guilt and seek forgiveness and another chance, especially now that he blames immaturity for his past indiscretions? The reality is that no one can have access into the inner recesses of Dr. Pantami’s mind. When he claims that his views have since evolved and he is now a more mature and different person, we can only take him at his word. But then, there is also the strong possibility that the minister, confronted with undeniable evidence of his indefensible past utterances, is now sounding apologetic to keep his job in the face of mounting public pressure that he be removed from office because he constitutes a serious threat to national security.

This is why we are dismayed that the presidency, through a statement by presidential spokesman, Mallam Garba Shehu, peremptorily gave Pantami a clean bill of health, saying that it stands by Pantami on the issue. According to the presidency, “The Minister has rightly apologised for what he said in the early 2000s…Today, there is an unfortunate fashion in public discourse that makes leaders in politics, religion and civil society liable in the present for every statement they have ever made in the past – no matter how long ago and even after they have rejected them”. The presidency may indeed have cause to believe that Pantami’s remorse is real and that he is a changed person. But there is also the obverse that he is only now effecting change to keep his high profile job. If that is so, the security of the entire polity is put under severe threat and the blame for any untoward repercussion must lie solely on the presidency.

Pantami’s claim that he made the offensive statements in question when he was a teenager and less immature falls flat in the face of scrutiny. He made some of the utterances in his 20s and 30s. So, he was in a position to know the implications of what he was saying. The exposure of Pantami’s past extremist sentiments and bigoted mindset has so damaged his credibility that it is an embarrassment that he still continues to sit on the FEC. Other members of the council have a duty to press for his immediate removal from office as they will be guilty by association if he is allowed to continue as a member of that august body.

As a member of FEC, Pantami has unfettered access to information critical to our national security. Even more, as Minister of Communications and Digital Economy, he oversees agencies that are responsible for data bases, both of Nigerians and expatriates in the country. Can a man with a record of sympathy for terrorist groups, as well as expressing extreme religious views in the past be trusted with overseeing the databases of the armed forces, intelligence offices and Nigeria’s satellite infrastructure, among other critical agencies that Pantami supervises?

Given the revelations as regards the minister’s past, it is difficult to comprehend how he successfully scaled through the background security checks that must precede any person’s appointment to high office. This is an indication that either the security agencies are not diligent in carrying out this task of screening candidates for appointment to high offices, or that they bury information likely to threaten the chances of potential appointees for whatever considerations. Another indication is that the National Assembly is not thorough enough in screening those selected for appointment into key offices in line with its constitutional responsibility. The screening processes tend, in most cases, to be cavalier and perfunctory. This is surely why we have a Pantami sitting on the highest decision making body in the land.

Again, the citizenry who have the kind of information being circulated now against Pantami should have made such available to the security agencies and members of the National Assembly right from when his name was announced as a nominee for appointment as minister. There is no doubt that the Pantami case also exposes a serious shortcoming on the part of the media, which also has a responsibility to thoroughly investigate the background of nominees to high office and duly publish their findings. Perhaps if he were a private citizen, Pantami’s apology would have been appropriate and sufficient. But he is a public officer who holds a ministerial portfolio critical to Nigeria’s security. Thus, an apology is clearly inadequate here. Pantami’s blaming critics of the ongoing National Identification Number (NIN) being undertaken by his ministry as being responsible for his current travails is childish and diversionary. He must take the path of honour and resign now. President Muhammadu Buhari ought to give him that option or fire him forthwith in the national interest.