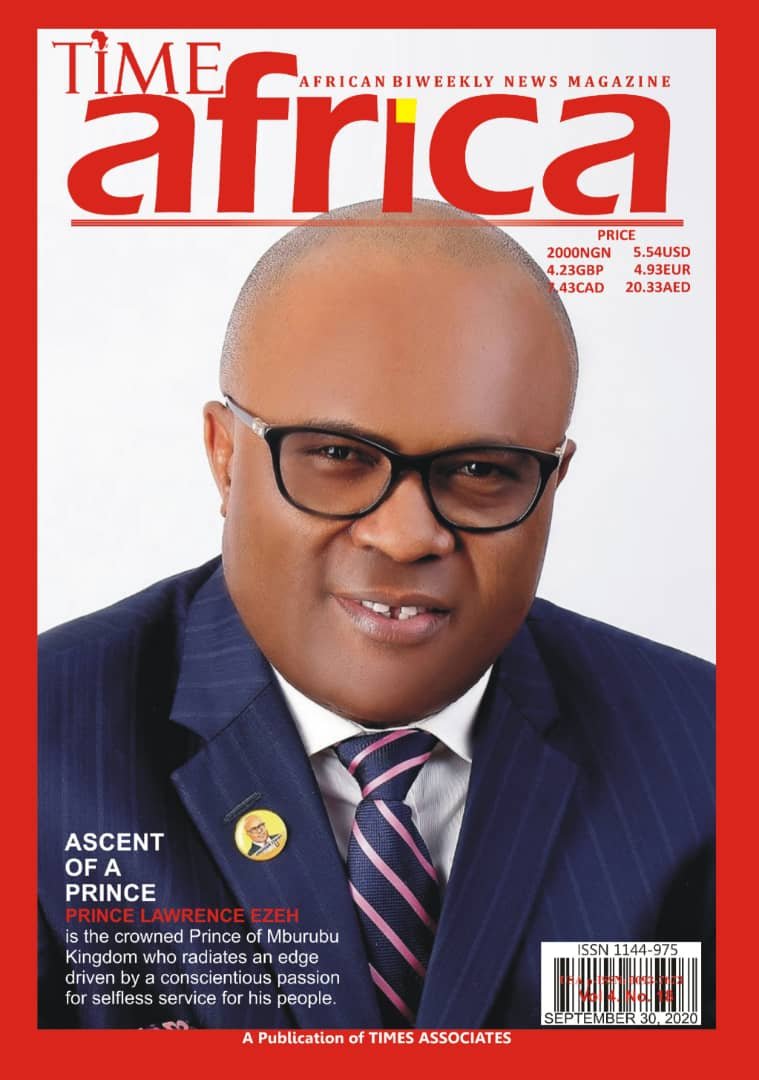 It’s an honour to be featured on the cover of TIME AFRICA magazine, given the publication’s inept rereach and reach. For its March edition, the magazine has featured Prince Lawrence Ezeh, former Senator Candidate for Enugu East Senatorial, South East Nigeria.

Titled ‘the Ascent of a Prince, the prestigious magazine detailed his philosophic gestures and political will.
The issue said:
“Apart from his unassuming accomplishments, Prince Lawrence Ezeh is most widely acclaimed be to an astonishing example of courage and sacrificial love. His courage for giving is contagious; this distinguishes him as authentic philanthropist whose generosity is based on the gravity of societal privation, from those who seek to support the most attractive causes du’ jour.

Apart from being an archetype of compassion, sacrifice, and comradeship, Prince Ezeh embodies the ideals of a refined courageous politician that Nigerians yearn for.

Nigerians, particularly the people of Enugu State, thirst for courageous individuals like Prince Ezehs – who are not playing a role – but authentically expressing the qualities of love and service for their fellow citizens.”