Hushpuppi and I not on same level, says Invictu Obi; narrates how he joined Internet fraud 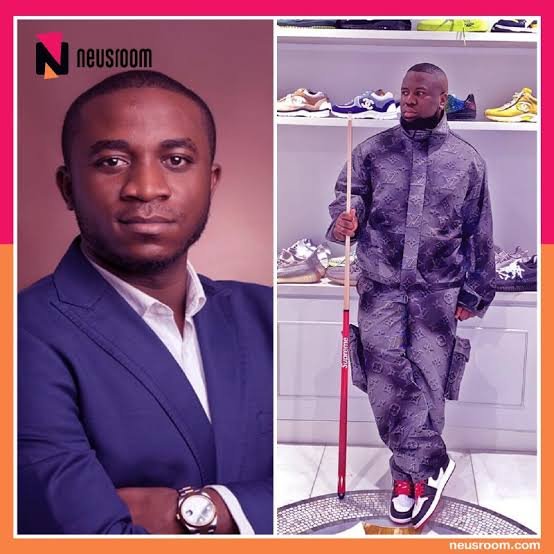 Convicted fraudster, Obinwanne Okeke, better known as Invictus Obi, who is currently serving a 10-year sentence in a United States prison for $11m fraud, says it is insulting to compare him with self-professed fraudster, Ramon Abass, aka Hushpuppi, Yahoo News reports.

Invictus said that while he took to fraud in order to empower the less fortunate in Nigeria, Hushpuppi defrauded people in order to show off on social media.

While Invictus has been convicted, Hushpuppi is facing criminal charges for conspiracy to launder money obtained from business email compromise frauds and other scams, including schemes that defrauded a US law firm of about $40m, illegally transferred $14.7m from a foreign financial institution and targeted to steal $124m from an English football club until his arrest by the Dubai Police in June 2020 and his subsequent extradition to the United States.

“It’s insulting. Hushpuppi and I are not on the same level. Hushpuppi could never achieve what I achieved. He cannot run a business and we are not similar in any way.

“He was out to please the crowd, I was out to change lives, create jobs and conquer the business world. I have done so much for my community back home with my charity foundation. Which lives has he helped? Nobody,” Invictus said in response to a question on his similarity with Hushpuppi.

When asked if he disliked Hushpuppi, Invictus responded, “No, I have never met him, but I just find the continued comparison very annoying. Our impact on the world is very different. I have made much more positive contributions to society than he has.”

How I was introduced to online fraud

Invictus, who was named on Forbes Africa 30 Under 30 in 2016, also went down memory lane, narrating how he was introduced to online fraud.
“I was doing a little here and there, but the level changed through this one particular friend I used to look up to.

“I visited him one day and he was living very comfortably with three new cars and a huge house at a young age. When at his house, I noticed him on a website www.vionz.to that was selling crypto and bank logins.

“I asked him about the website and he showed me that he buys bank and crypto logins from there and easily withdraws above $20,000 at a time; that’s how he was funding his lifestyle. In 15 minutes, he demonstrated it to me and from there, I tried it myself when I got home.

“After successfully doing my first transfer so easily, it was hard to stop after that. From there, I got introduced to other money-making schemes that got me where I am today,” Invictus stated.

On what he missed the most about the outside world, Invictus said he missed his family and his business.

Invictus Obi’s citation in his ‘Forbes 30 Under 30’ entry

Okeke could not fail his mother. A promise meant hard work and dreaming big. He was raised in Ukpor village, 790 kilometers from Nigeria’s capital, Abuja, as the 17th child of a polygamous father. He went to boarding school aged 10, lost his father at 16 and moved from one relative to another.

He named his company Invictus after one of Nelson Mandela’s favorite a poems, by William Ernest Henley, about the undefeated and unconquerable soul of a hard worker, from an impoverished background, who will not give up.
Invictus is in construction, agriculture, oil and gas, telecoms and real estate. He has 28 permanent and 100 part-time employees across nine companies.