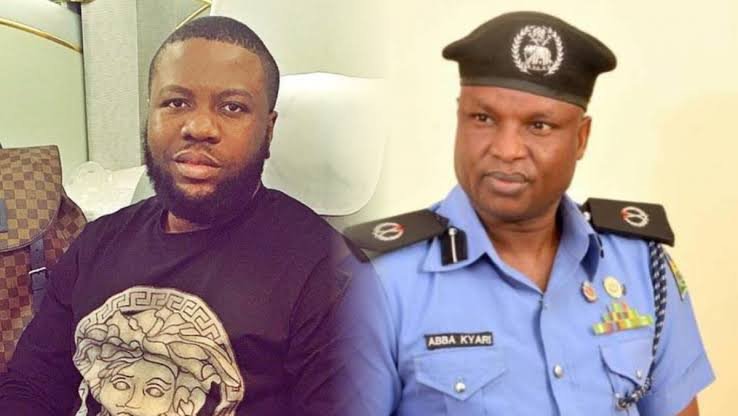 Sources told Vanguard late on Monday night that the final report was jointly submitted to the Inspector General of Police, Usman Alkali Baba by the 4-man team of investigators at Force Headquarters on Monday evening.

Recall that the SIP which started sitting Two weeks ago was constituted after the Police High Command suspended DCP Abba Kyari and the suspension was approved by the Police Service Commission, had been sitting behind closed doors.

Hushpuppi and I not on same level, says Invictu Obi; narrates how he joined Internet fraud

A pre-conclusion report was said to gave been submitted on Friday last week but was returned to the SIP as the Force Management Team sought more clarifications and further explanation on some grey areas.

Though a source said the final report conclusion was hard on Kyari, it was further learnt that DCP Abba Kyari was able to argue that some of the accusations against the home for which a US Court in the district of California issued a warrant for His arrest, were acts of vendetta meant to tarnish his reputation.

Vanguard Also gathered that many Officers of the Force were uncomfortable with the fact that Force headquarters suspended Abba Kyari even before a SIP was set up to investigate the Hushpuppi allegations giving the impression that he was already assumed guilty based on the allegations against home by a convicted fraudster, Ramon Abbas

Hushpuppi had alleged that Kyari was a complicit ally in a $1.1m Internet fraud scammed a Qatari National in the UAE in collusion with AbdulRahman Juma, Vincent Kelly Chibuzo, Rukayat Motunrayo Fashola, and Bolatito Agbabiaka.

Consequently, the FBI sent its Operatives to Nigeria to seek the extradition of Abba Kyari to face prosecution in the USA.

DIG Joseph Egbunike, head of the panel is a Financial expert and former AIG in charge of Police Budget and Accounts. He is Also a crack Lawyer of many years standing with accreditations up to the Supreme Court.