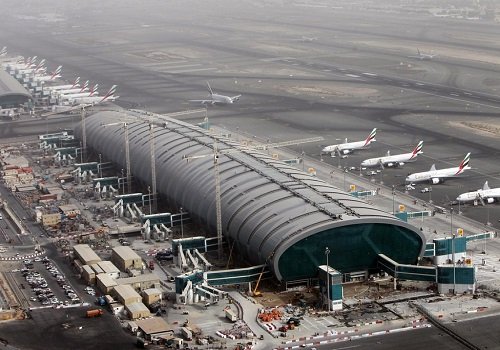 The final phase of the plan to concession the terminals of the country’s four major international airports has begun.

The Murtala Muhammed Airport in Lagos, the Nnamdi Azikiwe Airport in Abuja, the Port Harcourt and the Mallam Aminu International Airport, Kaduna are affected by the new policy.

Minister of Aviation Hadi Sirika promised that “no job will be lost”, to the concession arrangement.

He also assured that there would be full negotiation with workers before the full implementation of the programme.

But unions in the aviation sector described the arrangement as “unrealistic”. They faulted the model being adopted.

A document released by the Permanent Secretary of the Ministry, Hassan Musa, in compliance with the conditions set by the Infrastructure Concession Regulatory Commission (ICRC) and National Policy on Public-Private Partnership made available the guidelines.

It said: “The Federal Government of Nigeria (FGN) through the Ministry of Aviation is inviting bids from reputable Airport Developers/Operators/Financiers/Consortia for prequalification for the Concession of selected Airports Terminals under a Public-Private Partnership (PPP) arrangement”.

“The airport’s terminal concession is one of the critical projects under the Aviation Sector Roadmap of the FGN and fits well within the scope of the Ministry’s strategic plan for the sector. The execution of this project is meant to achieve the Federal Government’s objective in terms of air transport value chain growth by developing and profitably managing customer-centric airport facilities for safe, secure and efficient carriage of passengers and goods at world-class standards of quality”.

The eligibility requirements include : “Full names of firm/consortia; Evidence of Company Registration; Ownership structure of bidding entity; Audited Financial Statements; Sworn affidavit; Power of Attorney/Board Resolution and in the case of a consortium, evidence in the form of a letter of association agreement”.

It explained that to be prequalified for consideration as a prospective PPP partner for the project, the prospective firms/consortia must have technical, operational and financial capability including; Experience in the Development and Operation of an International Airport and Cargo Terminals; Evidence of Financial Capacity in support of the company or consortium’s ability to undertake the airport concession illustrated by a minimum net worth of NGN 30 billion and Letters of Support from credible financial institutions in support of the consortium’s ability to manage and operate the Airports terminals.

The document urged the interested international parties to partner with local firms in compliance with the requirements of the Federal Government of Nigeria local content development policy.

*Concession will be fair to workers, partners

Sirika said state governments would not be allowed to participate in the concession process.

He said: “The Nigerian airport concession will be terminal. This answers those who are asking whether our runways and our critical security will be part of the concession, no, it will not be.

“It is purely a terminal concession and the majority of the revenue will be derived from non-aeronautical sources.

“All other facilities at the airports and existing concessions outside the airport terminals will still be managed by the Federal Airports Authority of Nigeria (FAAN).

“Only about 14 per cent of the total workforce of FAAN are engaged in about 26 terminal buildings across the country and we are only going to concession four. So, perhaps it is only about eight to nine per cent of the total workforce are within the terminal buildings of Port Harcourt, Lagos, Abuja and Kano airports where we are concessioning for now.

“Currently by the finding of International Civil Aviation Organisation (ICAO). we are understaffed in so many areas and in that case, we will be needing to recruit many people.

“So, we need more hands to manage our airports. We are deficient according to ICAO in aviation security and we don’t have personnel in so many other areas and we are committed to bringing more personnel to handle those security and safety matters of our operations to ensure that we meet global standards.

“We have now increased the number of airports that are within our care. We are taking over Gombe, Bauchi, Dutse, Kebbi, Osubi and many more airports and we will be needing helping hands to come in and manage these airports.

“Once the concessionaire comes, he will take over everybody for two years and after that, he will look and decide who is competent enough to participate and if he gets value for his money for the skills they are rendering, he will indicate interest to keep them and If you are deficient in your skills, he will say he does not need you but you will still be a FAAN staff and FAAN will reassign you to another terminal building or another assignment in consonance with your skill and if the concessionaire picks you, you are also at liberty to join him as a staff or decline.”

On what is expected once the airports are concessioned, the minister said: “The concessionaire will provide the investment required to upgrade the existing terminals, take over the new terminals and maintain them over a period to be determined based on financial assessment of each transaction.

“Passengers service charge and security charge will be shared by FAAN and the concessionaire and FAAN’s share shall be paid directly to FAAN by International Air Transport Association (IATA).

“All existing concessions within the terminal concession will be inherited by the concessionaire and will be allowed to run its course before any review and tariffs will be regulated by the procedures set in the concession agreement”.