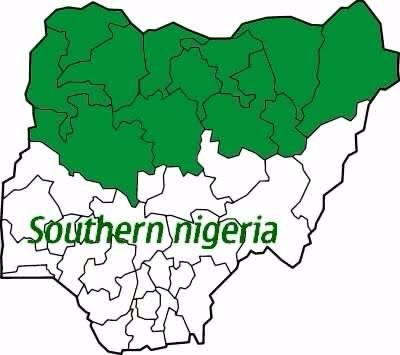 The Igbo Leadership Development Foundation (ILDF), promoters of Project Nigerian President of South East Extraction (Project –NIPSEE) has hailed the Southern and Middle Belt Leaders Forum (SMBLF), for their call for zoning of president’s position to South Nigeria at their meeting held in Abuja on 30th May, 2021.

In a statement jointly signed by the Chairman Dr. Godwin Udibe and Director Public Affairs Dr. Law Mefor respectively, the Foundation said it was aware that SMBLF exhaustively discussed various issues about the State of Affairs in the country, particularly, bordering on the Security, National Dialogue, Restructuring, and the preparations for the 2023 General Elections, but insisted that of greatest importance to their organisation “is their position on Rotation of Presidential Power to South Nigeria come 2023”.

The Igbo Foundation also noted that at the core of the nation’s insecurity and underdevelopment was social injustice and further stated that Rotation/Zoning of Presidential Power in sine qua non for the Nigeria’s unity. The Igbo group also stated: “We are of the firm view that the main justification for Rotation/Zoning of Presidential Power is borne out of the skewed nature of the Nigerian federation, where one side of the country, through the unjust manner States and Local Government creations have been carried, is now positioned to produce the nation’s President in perpetuity. Only Rotation/Zoning of Presidential Power can rebalance the country before the general election or universal adult suffrage can make sense”. They accused those who argue against rotation of presidential position as not wishing Nigeria well and do so in furtherance of the undue advantage the nation’s unbalanced federation confers on their zones.

The body recalled that it was the realisation of this inequitable reconfiguration of the country by the various military regimes that led the Peoples Democratic Party (PDP) to write Rotation and Zoning into the Party’s Constitution in 2009 vide Article 7(2c) of the PDP Constitution states that: ‘In pursuance of the principle of equity, justice and fairness, the party shall adhere to the policy of rotation and zoning of party and public elective offices, and it shall be enforced by the appropriate executive committee at all levels.’

The Igbo Leadership Foundation insists that it would be “most incestuous, unjustifiable and insensitive for the North to retain power in 2023” and urged all patriots and men and women of goodwill in all parts of country to ensure that Rotation/Zoning of Presidential Power in 2023 by electing a President from the Southern part of Nigeria.
With the 2023 Presidential Election looming large in the horizons, the quest for rotation of presidential power is predictably receiving a renewed impetus. Like the Southern and Middle Belt Forum, the Foundation also observed that the basis of any viable democracy, especially in a diverse and complex country such as Nigeria, rests in fair and even sharing of power. To the Igbo Leadership Development Foundation, therefore, what this portended was that since the Northern part of the Country would have fully enjoyed the Office of the President for the full statutory period of 8 years by 2023, presidential power ought to be yielded to the South in the spirit of unity and equity.

The Igbo Foundation said it joined the Southern and Middle Belt Forum on the clarion call for action by the two leading political parties – APC and PDP – and indeed other political parties to zone their Presidential tickets to the South in 2023. The Foundation further noted that “Since the PDP has already written Rotation/Zoning into their own Constitution, it remained to urge the once ruling Party to obey their own rule and for the APC to be as patriotic by zoning their Presidential ticket to the South as well.”

The Igbo Leadership Foundation said that it was equally aware of the surreptitious moves to lure Southern political leaders to accept their Parties’ positions of National Chairman and Vice President, especially in the main political parties and warned that “Those contemplating accepting such Greek gifts need to be reminded that accepting would foreclose the South producing Nigeria’s president in 2023 and therefore an act of betrayal that will undermine the collective quest for Southern President. History will not be kind to such persons and posterity will certainly judge them,” the statement concluded.