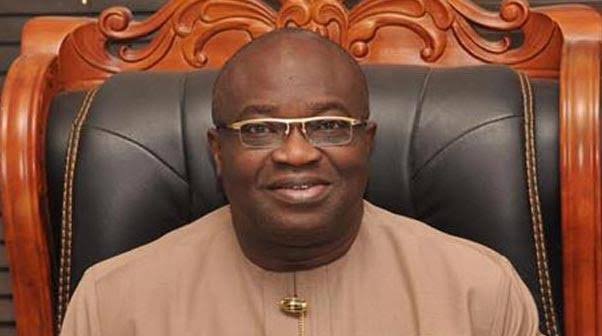 Time for project unveiling is 12noon.

The governor is also expected to inspect other ongoing road projects in the local government and neighboring locations.

In a statement made available to Jungle Journalist Media Ltd by the Commissioner for Information, Chief John Okiyi Kalu, the Governor invited his Deputy, Rt. Hon. Ude Oko Chukwu, former and current members of the state executive council as well as members of the body of special advisers and assistants to accompany him to the programmers.

The statement further listed those to join the Governor to include, “Members representing Obingwa/Osisioma/Ugwunagbo, Aba North/South and Isiala Ngwa North/South Federal Constituencies at the National Assembly.

“Members of the Association of Local Governments of Nigeria (ALGON) led by Hon. Michael Ibe

“State Chairman of Christian Association of Nigeria, Apostle Emma Agomuo and members of the clergy.

“Leaders of Civil Society Organizations (CSOs) in the state

“The Chairman and members of Transport Unions and Farmers association

“Chairman and members of Town Unions in the area

“Leaders and members of transport unions in Aba

“State Chairman and members of the Nigeria Union of Journalists (NUJ)”.

Ten things you didn’t know your smartphone can do

Ten things you didn't know your smartphone can do