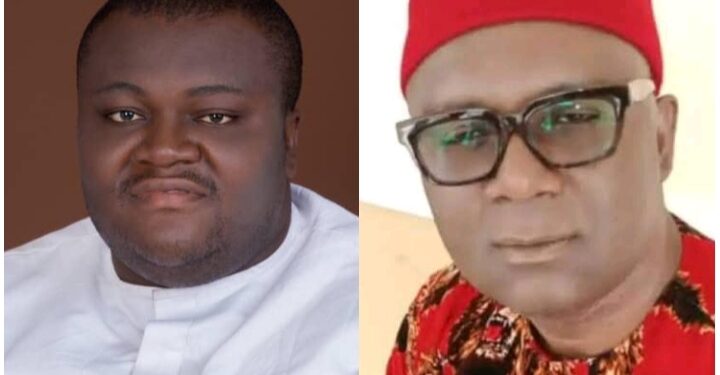 12
SHARES
117
VIEWS
Share on FacebookShare on TwitterShare on WhatsApp

Speaking to Jungle-Journalist.Com on the electronic communication, Uwanuakwa in tears-laden voice called on the family, friends and loved ones of the mayor to be strong in the face of the sad incident.

While also appealing to the killers to release the two others abducted with Ohizu, including Mazi Ejituru Christopher Okereke and Mazi Akugbonwata Kanu, he stated that the attacks and killings were obviously politically motivated.

He also expressed concerns about the numerous killings going on in Imo State, arguing that human life should be held sacrosanct and never be equated with political goals.

The business mogul also wondered the exact people behind the attacks, what their motives were, and why the government have not been able to stop it.

He also decried the pattern of the kidnaps and killings, stating that the targets now are people of Ideato North extraction.

His words “Even as I condole with the family, it’s quite sad that our fears are getting confirmed. These are politically motivated attacks, just like other such attacks.

My question now is, who did this? What is their mission?

Why should our political interest warrant the shedding of innocent blood? Why should the attacks always be against Arondizuogu precisely, Ndimoko Arondizuogu?

Why these attacks on people of Ndimoko Community? I remember vividly on Saturday 8th February 2003at about 1900hrs (07:30)when one of our popular sons, Chief Ogbonnaya Uche OGB who contested for Senate under ANPP was murdered. OGB was murdered because he was contesting against Arthur Nzeribe, and Achike Udenwa then the Executive Governor. He was murdered in cold blood in front of his house in Owerri. Now its Ohizu, from the same Ndimoko Community Arondizuogu. What did we do to deserve all these?

Two APC men are currently at large, Mazi Ejituru Okereke and Mazi Akugbonwata Kanu. I am appealing for their release by those holding him. I am also appealing to the Imo State Government to invest more in rural security in order to checkmate the growing insecurity in our Imo communities. Its getting worse and worse”, he said.