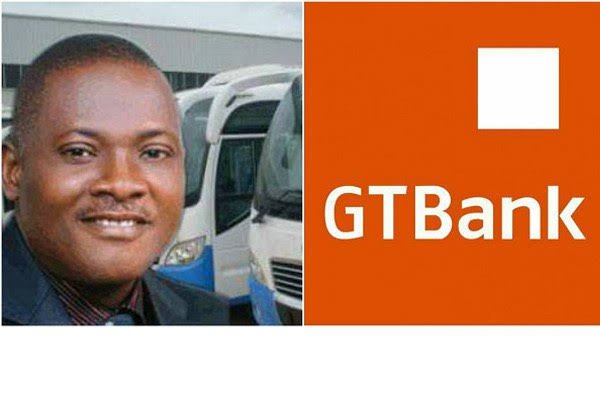 The Federal High Court, Lagos Judicial Division has been asked to, among others, set aside its ex parte order sanctioning GTB’s scheme to transmute to Guaranty Trust Holding Company PLC; and to stay further recognition of Guaranty Trust Holding Company Plc. as a financial or non-financial holding company and or as a legal entity until it pays its total outstanding judgment debt of Thirty Two Billion, Eight Hundred and Seventy-Five Million, two Hundred and Four Thousand, Nine Hundred and Eighty-Four Naira, Thirty-Eight Kobo (N32,875,204,984.38) to Innoson Nigeria Ltd.

This was contained in a Motion-on-Notice brought before the court by counsel to Innoson Nigeria Ltd, Chukwuebuka I Okolo Esq of McCarthy Mbadugha & Co. seeking an order of the court to discharge and set aside the ex parte order granted to Guaranty Trust Bank Plc. on 16th of June 2021 and to set aside every step the bank took pursuant to the said ex parte order. The counsel further sought an order of the court to stay further recognition of Guaranty Trust Bank Holding Company Plc. as a financial or non-financial company and or as a legal entity.

GTB, in an abuse of court process obtained an ex parte order from the Federal High Court, Lagos Judicial Division on 16th of June 2021 to proceed with the registration of GTB HOLDCO beam despite its knowing that an application for injunctive orders by Innoson Nig Ltd in Suit No: FHC/EN/CS/161/2020 is at all material time pending in FHC Enugu Division to restrain it from transmuting to a Private and or a Financial Holding Company until it pays over N32Billion judgment debt it owed Innoson.

While the case in the Enugu Division of Federal High Court is still pending, GTB against its corporate governance rules and in a classical abuse of court process filed and got an exparte order from Federal High Court, Lagos Division and without disclosing to the court that the subject matter of its application is already subjudice because injunctive orders have been sought in Suit No: FHC/EN/CS/161/2020, as well as the subject matter of this pending in the Enugu Division of Federal High Court, to restrain GTB from proceeding with the said scheme both in a pending interlocutory and in the substantive suit already served on GTB and they have filed a memorandum of appearance and other processes in the suit.

Innoson has therefore asked the Federal High Court to set aside and discharge the ex-parte order it granted GTB and a further order to stay further execution of the 16th of June 2021 order it granted it and also an order of the court to stay further recognition of Guaranty Trust Bank Holding Company Plc. as a financial or non-financial company and or as a legal entity.

“It is unfortunate that GTB has refused to pay over N32Billion judgment debt to Innoson Nig Ltd arising from suit Nos: FHC/L/Cs/603/2006 and No. FHC/Cs/139/2012 respectively.

“It is interesting to state that no court in Nigeria has set aside the decisions of these judgment debts against GTB even though GTB has appealed both decisions even to the Supreme Court; rather the decisions have been affirmed by the appellate courts in Appeal Nos. CA/I/258/2011, SC.694/2014, and in CA/E/288/2013 in which till date GTB has refused to obey the Court of Appeal’s order that it pay the judgment debt subject of this particular appeal into an interest-yielding account.

Head of Corporate Communications and Affairs,