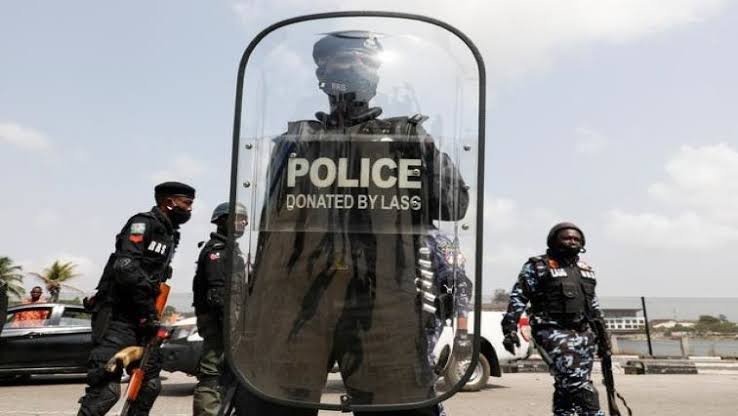 This was contained in a statement issued by General Assembly Members of ActionAid Nigeria, and signed by the Convener, Yusuf Ogwuzebe, also indicated that review was made on developments in government, politics, the economy, and security during the last quarter, particularly as it affects vulnerable groups: women, children, Persons with Disabilities (PwDs), and youths.

According to the statement observations made at a meeting which was held virtually include the public fiscal deficit, financed mostly by domestic and foreign borrowings, widened with high debt service payments, estimated at more than half of federally collected revenues, pose a major fiscal risk to Nigeria’s economy.

Nigeria is faced with an unprecedented wave of different but overlapping security crises – from kidnapping to extremist insurgencies; Medical doctors across the country have embarked on strike for the fourth time since the outbreak of the COVID-19 pandemic as some with COVID-19 symptoms – are being turned away at short-staffed hospitals; The ongoing Review of the 1999 Constitution offers the opportunity for Nigerians to shape the constitution with the goal that it reflects the desires and aspirations of the citizens-Socio-Economic and Cultural Rights as contained in Chapter 2 of The constitution, issues of Gender Equality and a thorough reform of the Nigeria Police; and the Twitter ban by the Federal Government has had severe economic costs-threatening the civic space.

Twitter Unban: FG has shown it violated the rights of Nigerians- Group

The 44th meeting of the AAN Board of Trustees which was held alongside the General Assembly elected a new executive committee to pilot the affairs of the Board for the next three years. Those elected include Chairperson, Jummai Umar-Ajijola, PhD; Vice Chairperson, Imoni Mac Amarere; and Treasure, James Dyesle Milaham.

“This will enable the country to break the vicious cycle of poverty. It will eliminate the wholesale dependence on oil which makes Nigeria a monolithic economy. Adopting the principles of fiscal federalism will be a practical approach to solving the challenges governments at all levels face today, such as the generation and equitable distribution of income, efficient and effective allocation of resources, and economic stability.

“Revenue drive and allocation of resources can be done effectively by states and local governments with strong measures to curtail graft and corruption.

“Cracking the nation’s current security challenges also requires increasing the manpower and welfare of all security agencies and equipping them with modern combat equipment, skills, and training. The government must renew our partnership with neighboring countries to enhance intelligence exchange and information sharing that would help in quelling the insurgency and other sundry crimes.

“The state-of-the-art combat Tucano and Alpha jets newly acquired must be deployed immediately to help in further neutralizing the criminal elements with precision and bring the protracted insurgency to an end. Contemporary hi-tech security management networking as adopted by advanced countries of the world should be embraced.

“Federal and state governments must explore different models to improve the work environment for medical practitioners. Health insurance must be made mandatory with sound mechanisms to prevent corruption for universal health care coverage. Government must ensure that, there are more funds to upgrade health care infrastructure, clinical equipment and therefore improve the welfare and work climate of medical practitioners to induce job satisfaction.

“On the aspect of gender equality, AAN proposes that citizenship at the local level should be defined by residence and not by indignity; every Nigerian should have the right to reside anywhere in Nigeria and derive the benefits and resources accruable to any member of that society.

“For the effectiveness of the Nigerian police and the tackling of insecurity in the country, there is an urgent need to amend the constitution to allow for states to set up their various police outfits by taking the police off the exclusive legislative list and including same in the concurrent list.

“We would like to use this medium to call on the Nigerian government to rescind its decision on the Twitter ban as it has had a huge socio-economic impact not only on the lives of emerging young entrepreneurs who depend on the social media for their livelihood, but it is also a counterproductive move for a nation seeking to create more jobs and reduce poverty as part of its post COVID-19 recovery strategy. The also raises human rights and reputational concerns about the leadership of the country.”