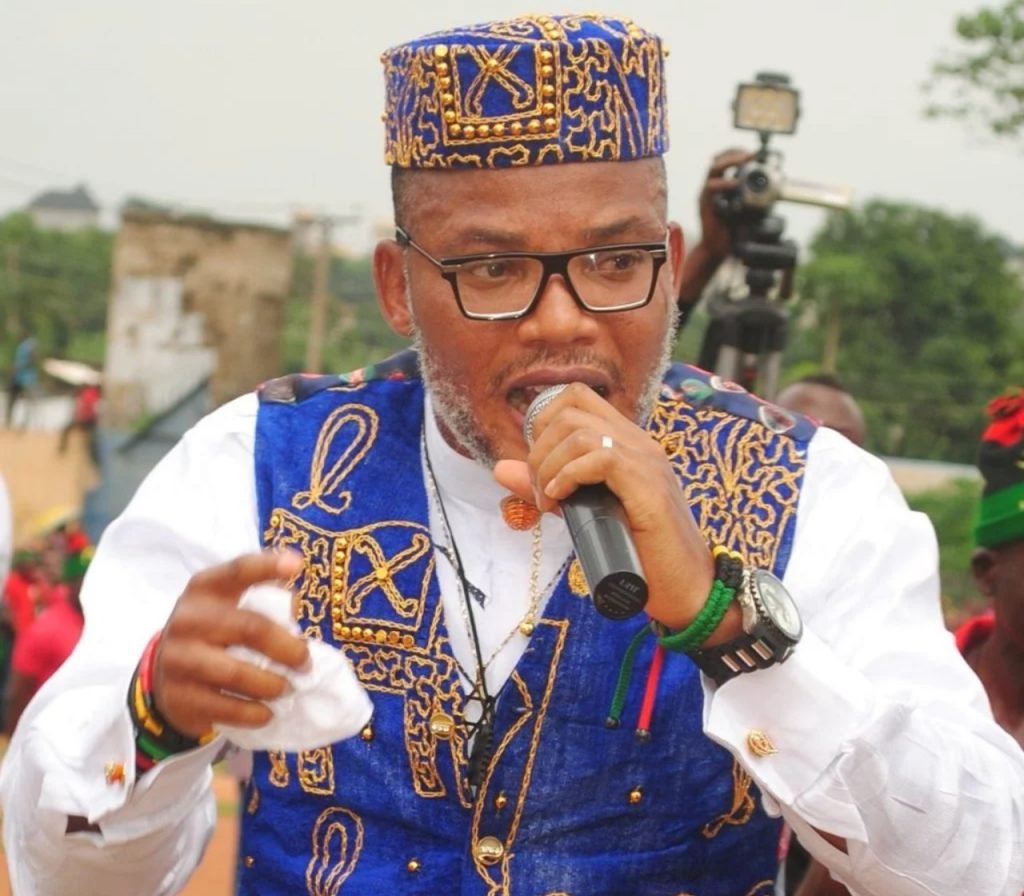 More details have emerged on how the embattled leader of the Indigenous People of Biafra, IPOB, Nnamdi Kanu was captured in Kenya and brought back to Nigeria.

A source with knowledge on the matter revealed that Kanu was taken from an airport parking lot in Kenya and kept in a house for 8 days where he was allegedly beaten and tortured before subsequently being brought back to Nigeria.

According to Sahara reporters, Kanu did not travel to Kenya with his Nigerian passport but his British passport. the source reportedly disclosed;

“Kanu had arrived in Kenya and settled down in a house. On June 19, 2021, he drove himself in a car to the international airport to meet a person arriving in the country for a high-level IPOB meeting. He drove into the underground parking lot at the airport and was arrested before exiting the car.”

“He was taken to a house and brutalised for 8 days while the Nigerian authorities perfected how to forcefully relocate him to Nigeria. He was travelling on a British passport, not a Nigerian passport as alleged by Malami. He was brought into Nigeria on a Saturday and arraigned on Monday.”

“Buhari upon learning of his abduction decided to cancel his trip to the UK to manage the diplomatic fallouts at home instead of going to London. Kanu was interrogated in the presence of his lawyers in the DSS office in Abuja. The Nigerian government didn’t get his passport, laptop, and three major phones.”

“He was taken out of Kenya without passing through immigration.”

UK Newspaper, The Guardian reported that Kanu got a Kenyan visa which was to expire in June, and he had been around in the country before his sudden arrest and extradition.

“Evidence seen by the Guardian shows Kanu entered Kenya this year on his British passport on a visa expiring in June. His UK passport remains in Kenya. Kanu was not in possession of a Nigerian passport, his family said, and he has verbally renounced his Nigerian citizenship in broadcasts. The abduction of a person from a foreign country with the aim of rendition to justice is illegal under international law,” the UK newspaper report revealed.

Kanu’s lawyer, Ifeanyi Ejiofor had earlier claimed that the pro-secession figure is facing health problems as a result of the alleged torture and beatings he received. He has however expressed cofidence that his client will be released soon.