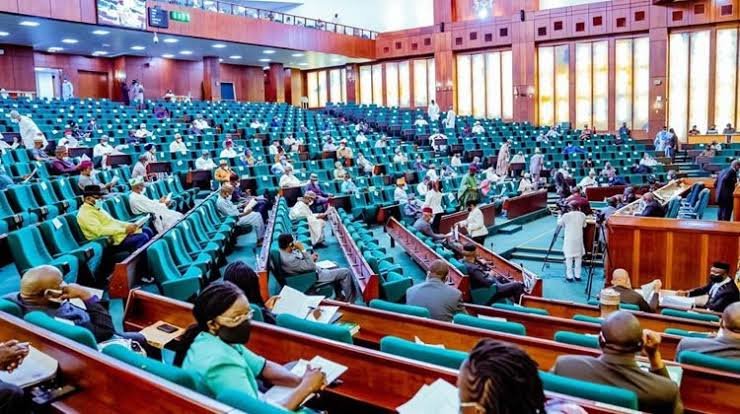 The Peoples Democratic Party (PDP) House of Representatives Caucus has written to the party’s Board of Trustees, as well as the Governor’s Forum, requesting for firm decisions to be taken to salvage the party, which has been enmeshed in a series of crises lately.

Among its prayers in the letter, the Caucus asked that the party National Chairman, Prince Uche Secondus be persuaded to resign honourably, in order to get the party refocused, to save Nigeria from bad governance.

The letter, which was signed by the Leader, PDP House of Reps Caucus, Rep. O. K. Chinda enumerated the huge losses recorded by the party as a result of the inactions of the national leadership of the party, and stated that the situation calls for urgent and effective steps to be taken towards effecting a real paradigm shift and quick installation of a vibrant leadership in the party.

Parts of the letter read “It is on this basis that the of the PDP Caucus in an emergency meeting on 7th August resoled as follows:

“1. To formally ask the BoT and the Governors Forum of the PDP to ensure immediate and firm resolution of current challenges so as to enable a re-engineering, re-focusing process that would restore party members and millions of other Nigerians’ hope and confidence in the PDP as an alternative to the current dysfunctional, irresponsive and rudderless government of APC with its attendant suffering, miseries, political deceit, economic woes, insecurity and all-round disappointment foisted on millions of Nigerian families across the federation, and;

2. Urge the current National Chairman (Prince Uche Secondus) to consider making the necessary personal sacrifice worthy of a leader in the party’s current and future interest with a firm assurance of honourable regard and appreciation by the party leadership now and in years to come, by honourably resigning his position as party chairman immediately, to allow the party an early start.”

‘Consequent upon above, we pray you to urge the national chairman (Prince Uche Secondus) to be a hero by resigning his position to allow you the opportunity to take decisive steps to resolve our party’s current situation, optimally address existing gaps and immediately map out a way forward for our great party, the Peoples Democratic Party.

‘We look forward to a justification of our keen confidence in the ability of the Your Excellences, (the conscience and soul of our party) our esteemed Board of Trustees Members to advise the National Chairman to immediately resign his position to enable you make this happen without any further delay.

‘We reaffirm our solidarity and unconditional loyalty to the party (PDP). Accept the assurance of our high regards for your office and person.’

Recall that on August 3, 2021, 6 of the 9 members of the National Working Committee of the Peoples Democratic Party (PDP) had voted for the resignation of Prince Uche Secondus, the party’s National Chairman. Three members declined from voting.

At the meeting, the 9 members had earlier agreed that Secondus grossly mismanaged the party, is highly incompetent, factionalised the party and has lost the confidence of members of the party.

The meeting had resolved to forward the resolution taken on the 8th day of August to the Governors Forum, the Board of Trustees BOT, the National Assembly Caucus of both Houses of Reps and the Senate.

‘We call on all members of the party to remain calm as the party leadership is working tirelessly to resolve the leadership crisis’, the letter stated.