JUST IN: Why Chief Igbinedion is after my life- Comrade Patrick Eholor 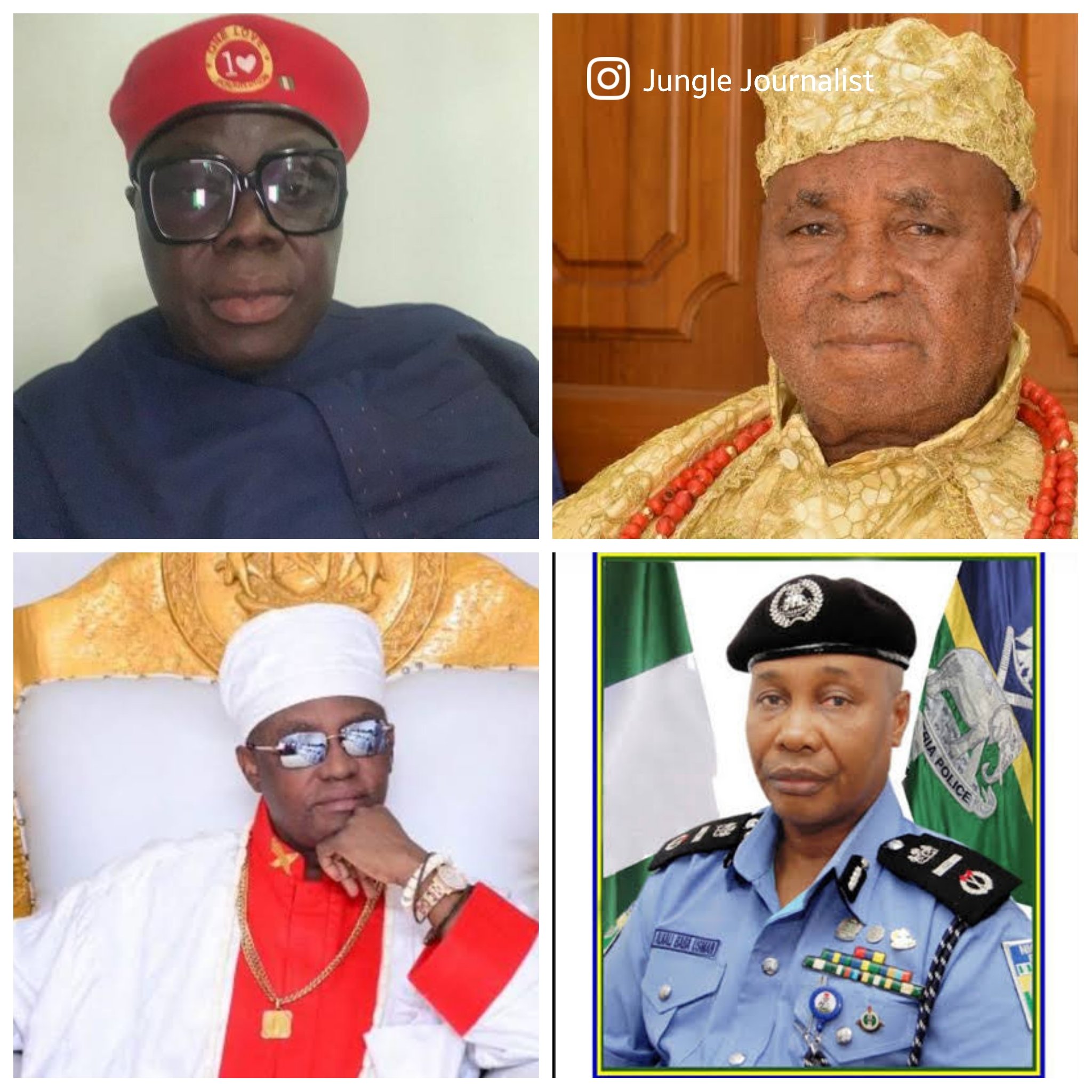 Frontline activist and president of One Love Foundation, Comrade Patrick Eholor has cried out again, over alleged plot by billionaire Chief Gabriel Igbinedion to eliminate him and his family.

Eholor, also known as Ultimate Equals spoke with journalists in a telephone interview, saying that Chief Igbinedion had threatened to get rid of him and members of his family, and has been going about with hordes of police officers to harass him, family members and workers.

He alleged that his trouble began when he refused to allow Igbinedion take his vast expanse of land which he said he purchased a very long time ago from Obe community in Edo State.

Accusing the Esama of Benin kingdom of trying to arm-twist him and take the land, Eholor described Igbinedion as a well-known man even at old age. “What does he want to do with lands and properties of poor people like us, if not for wickedness?”, Eholor queried, even as he vowed to defend his property, even at the threat of death.

“He hates me because I am very stubborn and won’t let him take my land. He hates my guts, but I would rather live free or die”, he said over the phone.

Hear his story “You are aware that we tried to work there the last time, and he went to bring police officers from the Area Command to intimidate us, so I want to give you background history of the property. I bought this property over two decades ago,going to three decades. Apparently, I was the first to buy land there from Obe I didn’t develop the place because I was abroad.

“Esama’s in law, who defrauded a bank, he was a bank head and defrauded the bank in the tunes of billions, and he was being tried by the EFCC. Because he had a lot of problem with them, they were after his assets, so some of his assets, he handed over to Chief Igbinedion. He claims he bought it from Ugbor which was true, but when they went to the palace, the Oba Erediauwa decided that the boundary between Obe and Ugbor were shifted and Ugbor people were wrong.

Therefore they violated the land boundary, and the whole land was ceded to Obe people. They went to court, and Obe people won Osa Osunde in court. He went to human rights, saying Obe people violated his rights, Obe people said they never did, and they also won him.

Osa Osunde has never confronted me one day, I took a step further to protect my property from Osa Osunde, because he was selling it illegally to Esama, and also tried to sell to other people. The court said he should not go into the property. He has not been able to answer any police or court because of his ill health am sure, I heard he is very ill. But I sympathize with him and pray for his good health.

But the question to ask Esama is, why is he violating every law? Why is he going against the decision of Erediauwa, when he knows that our palace is supreme, and the judgment from the palace is supreme?

Why is Esama intimidating me with police, DSS, and attempting to in various ways to ‘waste’ me? He boasted several times that he was going to waste me. We were at AIG office and he didn’t come, the AIG said this is strictly a civil matter. But Esama has continued to harass me and my family in various ways.

We were working a few days ago and he went to Area Command to try to use the police to intimidate us again, he came with about 38 policemen.

There is no policemen in our streets, there is kidnaping, there is insecurity, and yet the police still allows Esama to use them which is very unfortunate. He has battalions of police, which the Ugbor Divisional Police office don’t even have, and the AIG has said many times that they want to take police from VIPs, so Esama is one of the problems we have been having in this country, but like I already told him, I would rather live free or die. I must let justice take its course. If Esama has any issue, he should go to court, but should stop threatening my life and stop harassing me, and stop destroying my businesses.

He also tried to use one of my lawyers to do a disclaimer to a petition before the AIG. There was an error in one petition, originating from Barrister Austin Akahome, but unfortunately, a different lawyer’s name was mentioned, who is also my lawyer. But he wasn’t part of this petition to AIG. There was pressure, and I was surprised reading a news report where he said he never issued a petition against Igbinedion and all that. These are various ways of intimidation but I was able to handle it very maturely.

The Esama knows I am not the type he can intimidate, and I will not fall into his intimidation. He was claiming that he was in South Africa, and never came to answer the AIG. My question is that, is Esama above the law? If the son was a former governor, is that’s yardstick for him to intimidate and violate the rule of law? This is what I want to ask the public to as Esama. Empires rise and fall, what Esama is doing now, I am sorry it might be very unfortunate.

If he wants to go dirty, I will be forced to go dirty with him. I have always wanted to be magnanimous with him, if he goes low, I go high, but enough is enough, and a word is enough for the wise”, Eholor stated.