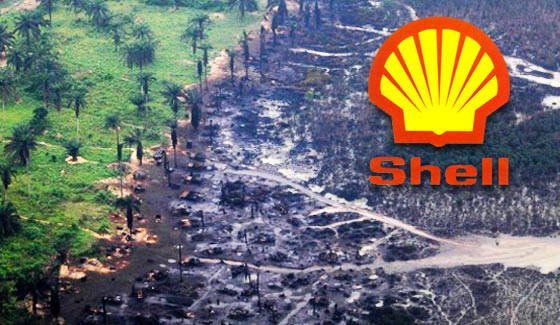 Environmental Rights Action/Friends of the Earth Nigeria (ERA/FoEN) welcomes the recent disclosure by Shell that it is now ready to pay the Ejama-Ebubu community in Eleme local government area of Rivers state, over $110 million or N45.7 billion naira as full and final settlement for an oil spill that occurred in the area.

ERA/FoEN, in a statement issued from the organization’s headquarters in Benin City and made available to newsmen, applauded the people of Ejama-Ebubu community for their steadfastness in the pursuit of justice, remediation and restoration of their destroyed environment as well as the well-deserved compensation for the losses they have suffered.

It will be recalled that in 1970, oil spilled from Shell’s facilities polluted the community’s environment and Shell neither cleaned, restored, nor compensated the community for the losses they had suffered as a result. But in 1991, the community being dissatisfied with the failure of Shell to remediate and restore their environment filed a case before the Nigeria’s Federal High Court of justice.

Further to this legal action, in 2010 the federal high court awarded compensation to the community in the sum of N17 billion naira but Shell in its usual intransigence vigorously objected to paying the compensation awarded by the court and proceeded to drag out the case. In November 2020 the supreme court rejected Shell’s last ditch bid to set aside the 2010 compensation award. This judgement debt of N17 billion, had after 11 years of Shell’s intransigence ballooned to N180 billion.

Executive Director of ERA/FoEN, Dr. Godwin Uyi 0jo, stated that the consent judgement recently announced by the federal high court in which the indebtedness of Shell was drastically reviewed downwards to N45.7 billion is a major dubious rip-off of the community by Shell and continues the orchestrated strategy of Shell taking communities through long harrowing legal obstacles to deny them justice. It took 30 long years before Shell finally bowed to the will of the people and the dictates of justice.

Furthermore, ERA/FoEN in its statement surmised that it is only when Shell is cornered as in the present case that they turn around and make an offer for full and final settlement of all claims by communities without admitting any wrongdoing.

This same scenario played out in the case of Saro-Wiwa and other vs Shell in New York in 2009, Bodo vs Shell at the industrial court in London 2016. Shell’s refusal to accept responsibility implies that the company is yet to learn any lesson from their wanton destruction of the environment and therefore unwilling to make changes to their clean-up operations from their frequent oil spills and destruction of livelihoods.

Mike Karikpo, Director of Programs of Environmental Rights Action/Friends of the Earth Nigeria, stated however, that this is a bitter-sweet victory as the agreed compensation payout by Shell is merely a fraction of what the company owes the Ejama-Ebubu community. Shell has gotten away again with shortchanging the people of the Niger Delta region of Nigeria.

ERA/FoEN, calls on communities in the Niger Delta region impacted by reckless oil extraction to demand full accountability from every oil company. As the short-lived age of oil comes to an end soon, it is imperative that all oil impacted ecosystems across the country should be cleaned, restored and adequate compensation paid to communities and individuals whose livelihoods were impacted.

MASSOB Calls For Suspension of the Sit At Home Excersise