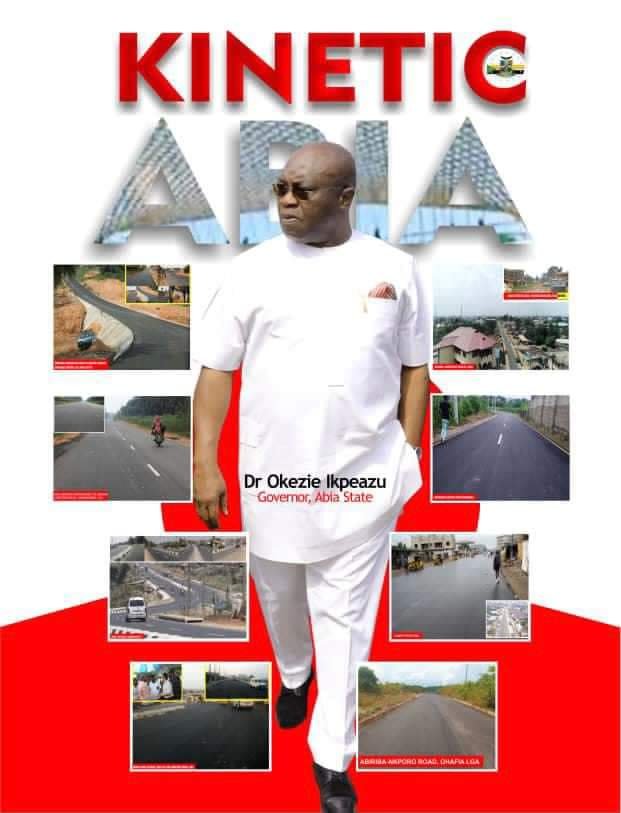 A chieftain of the All Progressive Grand Alliance APGA in Abia State, Chief Ahamdi Nweke, has confessed that Gov. Okezie Ikpeazu had proved pundits including himself wrong on infrastructural development as they never gave him chance in 2015 when he came to power.

Nweke who made the confession in a media chat after visiting the leadership of APGA at the party’s state secretariat in Umuahia, said that contrary to his initial fears, Gov. Ikpeazu had out-performed his predecessors put together in terms of infrastructural development.

The APGA Board of Trustees, BoT, member said that infrastructure in Aba had suffered gross neglect and decay since after the late Sam Mbakwe until the emergence of Ikpeazu.

“I’m among those who didn’t give him a chance. But he has proved pundits including me wrong. Ikpeazu has done well in terms of road infrastructure.

“If all the governors before him did their bid as he has done, Abia would have been better far ahead. Truly the governor has surprised someone like me.

“That’s not to say we have the best yet. There is a lot to be done especially in youth employment and payment of workers’ salary.”

Chief Nweke who was the party’s senatorial candidate in 2019 said he had not yet decided on his next political move but said his major preoccupation was to strengthen the party ahead of 2023 polls.

He predicted a bright future for APGA in the state claiming that the masses are tired of the ruling People’s Democratic Party, PDP as well as the main opposition All Progressive Congress, APC.

Nweke refuted insinuations that APGA is yet to recover from the exit of the two time governorship candidate of the party, Dr. Alex Otti, who is now a chieftain of APC.

According to him, “Otti is not the soul of APGA; the ethos of the party and the people are the driving force”.

On the performance index of Gov. Ikpeazu, the state Chairman of APGA, Rev. Augustine Ehiemere, also agreed that the governor had done well in the security sub-sector.

“As far as security is concerned, Ikpeazu has written his name in gold and Abians will remember him for that.

“As responsible opposition, we tell the truth. Gov. Ikpeazu has done well in the area of security and we commend him for that.”

The APGA Chairman however differed with Nweke in Ikpeazu’s rating on infrastructural development, just as he also scored the governor low on workers’ and pensioners’ welfare.

He noted that although the governor had fixed some roads in Aba, some others particularly Port Harcourt Road are still in deplorable condition.

Ehiemere also expressed displeasure that the Osisioma flyover which was commenced in the governor’s first term is yet to be completed.

The APGA boss urged the party faithful to remain steadfast, expressing optimism that APGA will emerge the ruling party in Abia come 2023.

He urged those intending to join the party to do so now warning that the party will shut its doors against “political liabilities” seeking to defect after losing in their party primaries at the eve of 2023 elections.

“No more again! We will not accept those who fail in their party primaries and want to jump to APGA at the dying minute. We will resist them. It’s either they join early or forget it”.