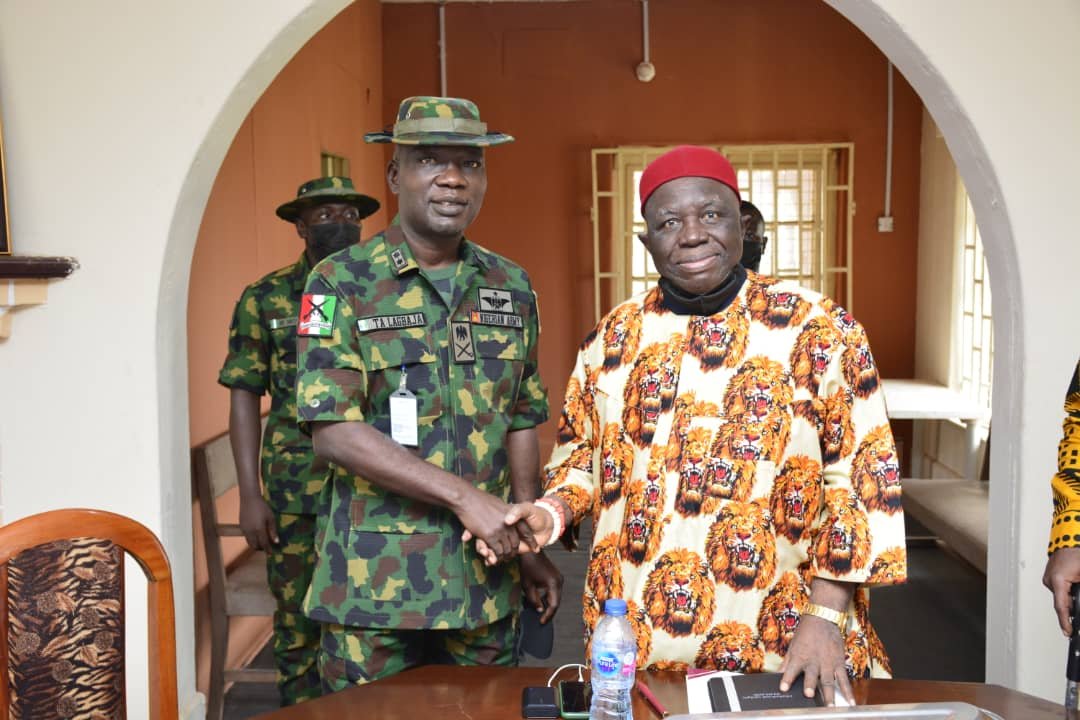 He made the commendation in Enugu when he hosted the General Officer Commanding 82 Division, Maj Gen Taoreed Lagbaja on a courtesy visit today.

Ambassador Obiozo expressed his delight for the visit saying “without peace nations cannot progress and without the Armed Forces we will have more problems. They are the pillars of Nigeria’s unity.” He described the Nigerian Army among “the best in Africa”. He call on troops to continue to do their best to ensure peace and security nationwide.

Responding, the General Officer Commanding described Ohanaeze Ndigbo as a key stake holder in managing the affairs within the Divisions core Area of Responsibility. He said the “Nigerian Army is an instrument of the state to safeguard peace, security and to ensure economic activities” hence the need to partner all stakeholders to achieve its mandate.

General Lagbaja commended the leadership of the group for their recent pronouncement against the threat of using force in enforcing secessionists planned weekly sit at home order. He assures the entire residents of the region of security and warns troublemakers against any breach of security. He extended the hand of cooperation of the Division to the group in areas of security in the region.

Ohanaeze Ndigbo is a socio-cultural organisation designed to provide a platform where Ndigbo, within and outside Nigeria come together for the purpose of nurturing better understanding and harmonious relations amongst themselves and with other ethnic groups in Nigeria and beyond.