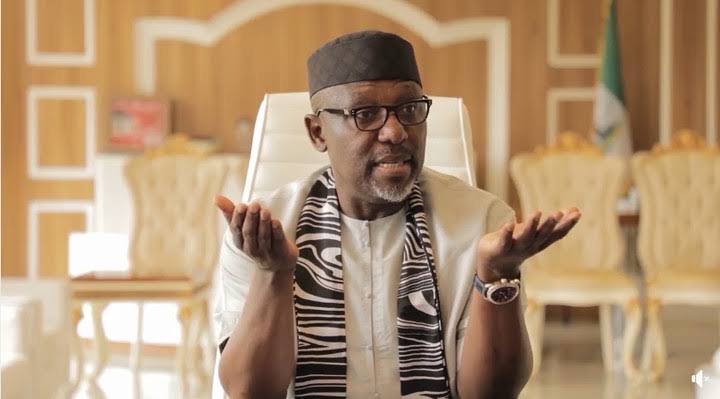 The Senator representing Imo West and former governor of Imo State, Chief Rochas Okorocha, on Monday took a swipe at the All Progressives Congress, saying the party was hurriedly and was hurriedly formed to hijack power from the Peoples Democratic Party in 2015.

Okorocha, in an interview with journalists in Abuja, said he and other progressive-minded politicians were perfecting a plan to form a new political movement.

But the PDP appealed to the former governor to return to the opposition party instead of making the mistake he made in 2014.

According to Okorocha, from the body language of the Nigerians, it is obvious that they are not satisfied with what is on ground in Nigeria.
The Senator who is a founding member of the APC, last week inaugurated a project of the Rivers State Government on the invitation of the state Governor, Nyesom Wike.

At the event, he called on the good people in the APC and the PDP to come together and rescue Nigeria in 2023.

On Monday he said there was urgent need for the regrouping of the ‘good politicians’ to restore public confidence in governance and save the country.

“The movement for a new Nigeria has begun and we must come together, I mean progressive Nigerians to make the country work”, Okorocha said.

Asked if the promise of the new political movement for a new Nigeria would not be similar to that of the APC in 2015, he stated that the APC was hurriedly formed to take power the PDP without much emphasis on the character of those championing the course.

The ex-governor said, “The APC was a hurried arrangement. It was hurriedly formed to take power when the then government was drifting. The APC would have been better until people who were not members of the party; people who came for congratulatory messages, hijacked the party and became lords.”

In its reaction, the PDP it was not in the least worried by the plan by Okorocha and a few of his friends to form a new political party.

National Publicity Secretary of the party, Kola Ologbondiyan, in a telephone interview with one of our correspondents, in Abuja, on Monday, explained that the PDP was glad that more Nigerians especially people like the former Imo State governor had seen the deceit the APC represented.
‌
Ologbondiyan said, “Our advice to people like Okorocha is for him to avoid making the same mistake twice, any party hurriedly put together like the APC because elections are bound to fall into the same errors.

“He should rather come over to the PDP, a very structured party with a pedigree of performance. We’ve made a few mistakes in the past and we’ve learnt from them. Nigerians now know the difference between a properly structured political party which has their interest at heart and an association of angry men who only came together to grab power for power sake.”

When contacted, the National Secretary of the Caretaker/ Extra-Ordinary Convention Planning Committee of the APC, Senator John AkpanUdoedeghe, declined comments on Okorocha’s pronouncement on plans to float a new party.

He said, “The Senator is a respected member of our great party, I have no comments.”
However, a high-ranking member of the party who is conversant with the thinking within the party leadership said the party did not entertain any fears.

The source said, “Politics is a game of numbers just as it is a game of interests. So, if people want to come together and go through the process of birthing a new platform can anyone seriously stop them.”