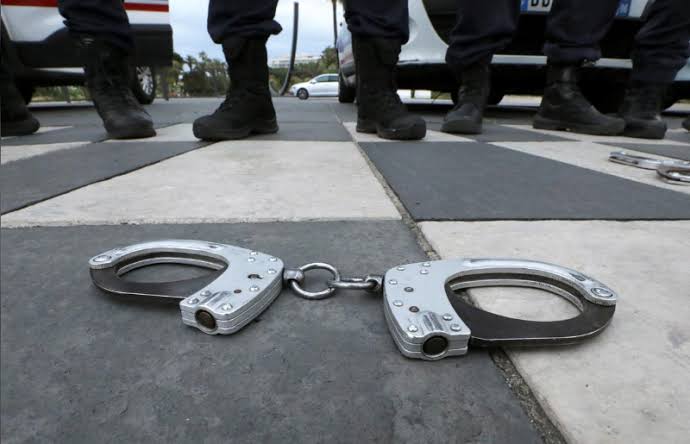 1
SHARES
6
VIEWS
Share on FacebookShare on TwitterShare on WhatsApp

Operatives of the Elekahia Police Division on Sunday, arrested a Police Sergeant, Ibrahim Odege, and one other person ‘involved’ in armed robbery at Elekahia Housing Estate.

A press statement issued at the weekend by the State Police Command Public Relations Officer, Nnmadi Omoni, said that the two suspects were robbing people and dispossessing them of their valuables before they were arrested.

He said the timely arrival of the police led to the arrest of the two armed robbers whom he said were later identified as Sergeant Ibrahim Odege attached to the Operations Department of the Rivers Police Command and one Sampson Inomoghe.

He said that the duo were arrested at the scene of crime with three different handsets belonging to their victims and one locally made Bareta Pistol. He said the suspects confessed to have carried out robbery attacks, among other revelations.