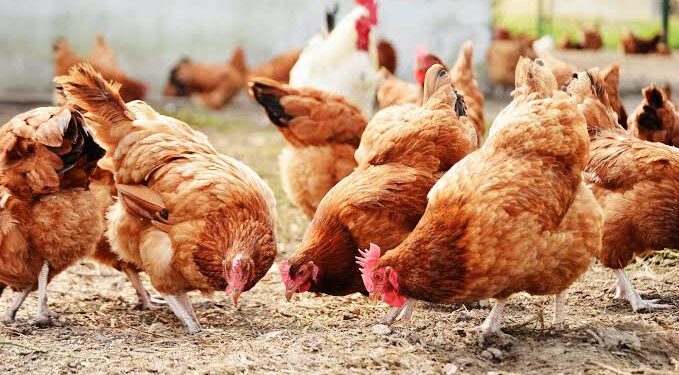 3
SHARES
27
VIEWS
Share on FacebookShare on TwitterShare on WhatsApp

The Poultry Association of Nigeria (PAN), FCT Chapter has urged the Federal Government and FCT administration to assist members affected by natural disaster to resuscitate their businesses.

Mr Pius Aminu, PAN Chairman, FCT chapter made the appeal in an interview with the News Agency of Nigeria (NAN) in Abuja on Tuesday.

Aminu said that rehabilitating poultry farmers would safeguard the industry from eminent collapse.

Recall that rainstorm destroyed some poultry houses in Kuje and Kwali Area Councils in FCT, during the 2022 raining season.

The chairman, who gave an update on the state of the industry in FCT, said the association had yet to receive any interventions from the government.

We have no money to continue the Eastern railway project —FG

According to him, the Federal Government should declare a state of emergency in poultry industry for urgent response on the current situation.

“When there is flood, being an emergency and natural disaster, people are relocated to different places; some to primary schools and are given mattresses and food items.

“But when it comes to the poultry sector, it is neglected. Windstorm is a natural disaster, so the industry should as well be considered.

“We are appealing to the government to also consider the industry. The wind too affected so many farms thereby, reducing the number of farms in FCT, poultry farmers should be considered and prioritised,” he said.

Aminu further said that the collapse of farms had increased unemployment in the territory, since those employed in the affected farms have been sent back to the labour market.

He, however, pointed out that when the rainstorm occurred, the FCT administration visited some of the affected farms, stock of the damages – number of pens destroyed, cages, feed mill industry and birds lost.

The PAN chairman noted that till date, the poultry farmers have not received any response.

He appealed to the government to urgently come to the aid of the farmers financially and otherwise, to enable them to reconstruct their pens and cages and continue to sustain production.

He added that owners of the affected farms have not been able to reconstruct their pens due to the level of damage. (NAN)