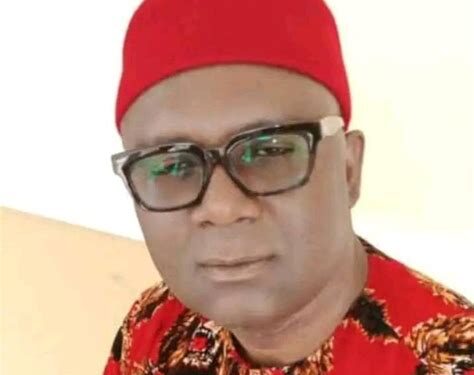 66
SHARES
659
VIEWS
Share on FacebookShare on TwitterShare on WhatsApp

It was gathered that his abductors had allegedly received a N6m ransom before beheading him on Sunday.

Recall that Ohizu was abducted with bullet wound alongside two others on Friday after his country home at Imoko community in Arondizuogu area of the LGA was razed.

Viral videos of his beheading surfaced online on Sunday evening.

A source said: “They beheaded the Ideato North Sole Administrator on Sunday. They posted the video of his beheading with his phone on his own WhatsApp status. This was how people got to know that he has been beheaded.

“He was sliced after collecting a ransom of N6m. He was killed in such an inhuman way. The videos are terrifying. May God heal our land.”

When contacted, the spokesperson for the Police in the state, Henry Okoye promised to get back with his response.