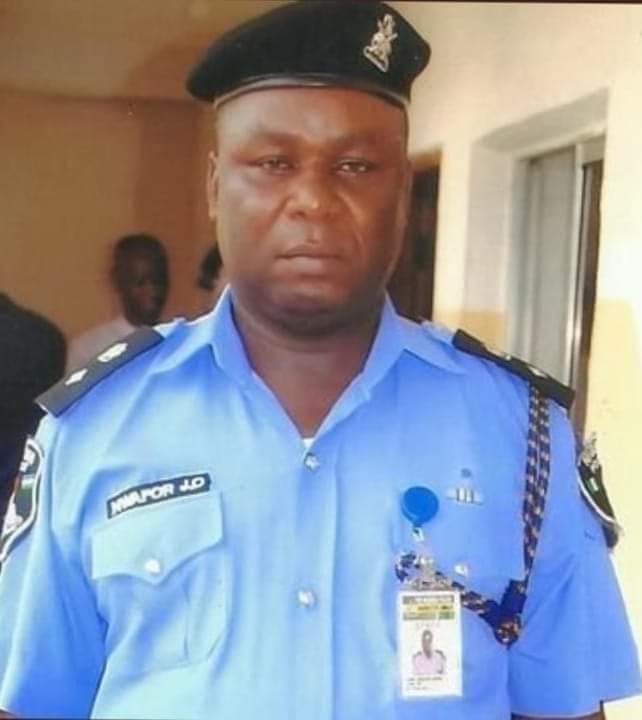 2
SHARES
19
VIEWS
Share on FacebookShare on TwitterShare on WhatsApp

This is going to be unusually lengthy for my piece but, it is necessary to enable a comprehensive understanding of the modus operandi of Awkuzu Sars under Csp James Nwafor. I will try as much as possible to narrow it down to the essential points.

My coming in contact with the outfit started on August 1st 2013, when my Upper class hotel was demolished. One the very date, I drove into my hotel from my residence at around 7.30 in the morning. Minutes after that, a truck load of Police men arrived and surrendered my hotel. It did not take long before the crowd started gathering outside of the hotel as I looked through my office window.

It took sometime before some of the police officers walked into my office with Dr Justin Nwankwo. My other hotel staff has already been beaten to a pulp down stairs. I introduced myself and they said that they wanted to search the whole of the hotel premises and I said no problem.

We started from the last floor of the hotel, room after room and most of the rooms were occupied by guests that are mostly traders from Cameron. We finally got to the first floor but before then, one of the officers had demanded that we show them room 102.

When we got to room 102, the door was locked and I turned and asked Dr Nwankwo Justin whether a guest paid for the room the day before and he said yes. I asked about the manifest of the hotel lodging and he said that he had submitted the police copy to SCIB at the Central Police station Onitsha which every hotel is obligated to do before 7A.M. every day. I instructed him to bring our own copy which he hurriedly did and we showed it to the police. The guest gave his name as John Obi.

The officers insisted on breaking the door and I pleaded with them to wait for the guest for some time. the customers of Upper class hotel are predominantly traders from Cameron and Niger republic and that they carry a lot of cash with them. That has been the case since 1974 the hotel was built because of its nearness to main market Onitsha.

Before I could finish, they broke the door and entered the room. We saw black polyethylene bags ( waterproof) all over the room with an open suitcase. The officers then opened the wardrobe and brought out a bag. Inside the bag was two human skulls with sand all over them and two rusted and unservicable AK47 guns.

I was promptly leg chained on both legs and Dr Justin Nwankwo was handcuffed. I was taken to the outside corridor of the hotel and made to kneel down while holding the exhibits and they took pictures. At that point, from the faces I saw amongst the crowd with axes and matchet , I then knew where the whole incident came from, hazzard of land business along with motor park duel.

By the time I was led downstairs, practically most of the police officers has all headed back to the station with the exception of the ones that accompanied me. The crowd were surging to clearly mob me. Luckily for me, I came to the office with my Q56 infinity SUV and the leg chain gave me some space to drive.

As I entered my SUV and started the Engine and pushed down the vehicle auxiliary, I turned around to the police officers and told them that I already know what happened and that if the crowd rushes at me, I will fill up the MORTUARY at the general hospital Onitsha including myself. As I surged on, one of the police officers opened the vehicle door and started firing rapidly in the air. That pretty well saved me and some of those people.

When we got to the present ROAD SAFETY office along the Enugu/Onitsha, before you get to Awkuzu Sars, James Nwafor turned around and said to me:

1. You will never see that hotel again.

2. He will kill me whether I am innocent or
or not and that, if I am innocent,
may my blood be on him and his
children.

When we then entered Awkuzu proper, Dr Justin Nwankwo was kept in their torture hall while I was taken behind the torture hall where James Nwafor mostly does his killing. Behind the very torture hall , I was chained to a local weight lifting device . After some period James Nwafor came back with some officers along with one other officer I latter discovered to be his deputy by name Csp Sunday Okpe.

Sunday Okpe inspected the exhibits for some time and asked me the following questions:

2. Do we have hotel manifest and I answered yes that we submitted the police copy early in the morning but that my manager has a duplicate copy.

He inspected the exhibits yet again and said that the skulls looks old and that the guns has not been in use for a long time, why all in one bag he asked while the rest looks on. As a turned to leave, he muttered; this looks like mago mago.

His observation did not stop James Nwafor. Not long after that, one of the officers came back with an already written statement and I was asked to sign. I refused saying that I am quite capable of writing my own statement.

My torture commenced immediately. I was overpowered and my shirt was removed from me. They then wrapped my neck with the shirt and then followed it will a green rope and they started pulling from both ends. Gentlemen I was gone. They then appended my thumprint on the prepared statement that substantiated the allegations against me. Meanwhile Dr Justin Nwankwo was seeing hell in the torture hall.

When I eventually regained consciousness, I found myself in their death chamber called cell 5. It is the cell that is reserved for those James Nwafor will kill. Congested and extremely dirty. Food is not allowed in the very Cell unless periodic loafs of bread which is shared in slices. One bucket of water every day for drinking.

The shock of my life happened on the second or the third day of being in the very cell 5. There is this small boy of between the age of 19 and 22, a second year Engineering student of FUTO. He calls me uncle. He told me that he is an only son of the mother and that his supremely rich uncle, based in lagos wanted to annex his own father’s portion of family land and that his father is late. His resistance against the uncle landed him at Sars as a kidnapper and armed robber.

Then, it was either in the second or third night of my staying in the condemned cell, the door of the cell opened late one night. What I saw was a touch light. Names were being called one after the other, 17 names in all including the small boy and they were ordered out and the door closed back.

It did not take more than 15 minutes, gunshots filled the air, nne moh nne moh is all I could hear. The 17 young men were slaughtered cold blood.

I lost it that night. My system just shut down.

It was either the 4th or 5th day that the door opened one morning and it was the same Sunday Okpe that called my name and told me to come out. No energy was left in me because I have not eaten real food except periodic slices of bread. He bought me something to eat along with a malt drink.

I was subsequently transferred to cell 1. After some days, I was called into James Nwafor’s office to see my wife and my lawyer professor Umenweke Nnama Meshach. I tried to get Dr. Justin Nwankwo to join me but they refused.

As time went on, I discovered that the case has hanged because there was no complainant. Even James Nwafor voiced out some frustration when he said, the hotel demolition was too fast. This is the same person that told me that I will never see the hotel again.

He became unusually friendly towards me but I knew it was a damage control .The latitude then allowed me to study what truly obtains at the AWKUZU Sars. I witnessed some of the tortures and I became aware of some their cases along with what really happens in the place.

1. I witnessed an incident when a young trading apprentice was arrested by Sars on behalf of the master over a missing 250,000 or thereabout . He broke his spinal cord and died when he was subjected to what they call HANGING TORTURE. He was written off as an armed robber.

2. I witnessed an incident during what they call verification excise or something like that. All the inmates will be brought out in the open yard and all will be seated on the ground. When your name is called, you will stand up and answer some questions. There is this boy that was called up and James Nwafor asked him; Are you from Ogidi ? before the boy could finish saying no, James shot him with a silver coloured pistol which is always with him. The boy bled to death right there.

3. I also witnessed the practice of shifting inmates in the middle of the night to Nneni for the purposes of dodging official inspection of the place. Nneni Sars annex is another abattoir. Starvation of inmates and outright shooting is the rule their. If the government undertakes the excavation of the perimeter of the Nneni anex, The Ezu river will be a joke compared to what will be discovered.

I saw other killings at the very place. Every morning, the inmates of CELL 1 will be called to carry a dead body or two behind the torture hall. Any individual that has been detained by Sars for an extended period of time will tell you exactly that.

Let me clarify an issue here. Csp James Nwafor does not release proven kidnappers or armed robbers, he kills them but, with a negotiated huge amount of money, James will at most, charge the person to court. Outright release of the person is off as far as I know.

What I also know is that, he can be bought to do a particular job, death inclusive, if the price is right.

Let me stop here but there are more details. If the government of the day is desirous of appeasing the victims of Sars, the government should offer immunity to some officers that served under James Nwafor and they will lead investigators to the exact location of corpse dump in the vicinity of Nneni. Some of the Sars victims can at least recover the body of their loved ones for burial.