OPINION: The Audacity of the Talibans, by Patrick Eholor 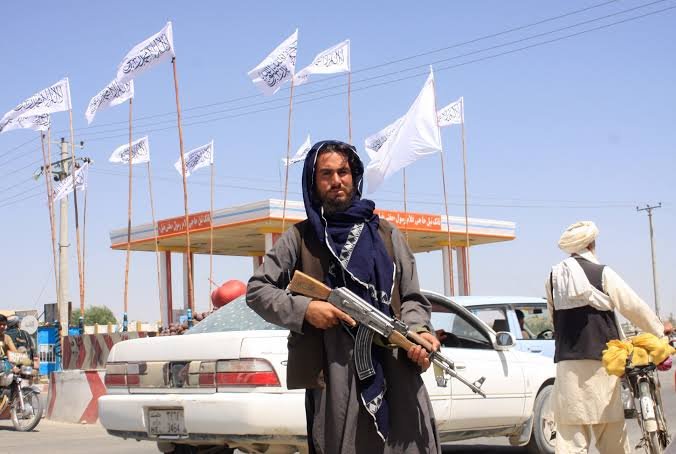 I watched in dismay and disbelief the style, swiftness and precision the Talibans ran over the Afghan government forces and took back power after two decades they were ousted by a coalition of NATO allied forces led by United States of America.

The return of the Talibans is a blow to the democratic gains that has been made in this very fragile country. The set back and consequences would be unparalleled.

The return of the Talibans was made bold by the U-turn in the American foreign policy during the Trump days in the White House. The America first euphoria by President Trump undermined the very necessities and ingredients that guides American foreign policies that hugely centers on freedom and democratic ideals.

Trump was looking at saving cost and went into negotiations with the Talibans on possible power sharing with the Afghan government. The Doha agreement was quite deceptive knowing too well the fundamental ideals on which the Taliban was founded. It hasn’t changed but rather being strengthened.

The Talibans gave refuge to the al Qaeda and other terrorist groups, homegrown and international. They were sustained because the Taliban government in the past encouraged them and gave them soft landing. The past Taliban government in Afghanistan was strictly sharia and gave women little or no rights . This undemocratic style didn’t yield anything for post development. The NATO allied forces came and drove out the unpopular Taliban government and installed democracy under their watch.

The era brought hope to the people of Afghanistan and significant progress was made. President Trump came and issued dead line for the withdrawal of U.S troops which formed the bulk of the NATO allied forces.

President Biden inherited this baggage, but should have known and done better with his vast experience in foreign policy. He continued with the withdrawal and seemingly knowing the Talibans were gaining grounds progressively. Also being aware the Afghan government forces cannot match the rampaging Talibans. It just 11 days of U.S troops complete withdrawal for the Talibans to run over the government and major cities.

President Ghani and majority of Afghan leaders fled the country. The buck stops at President Bidens table. He should have handled the Trump mess differently. The return of the Talibans is a major blow to the Afghan people, the fragile democracy and institutional framework that was set up over the past and especially women rights. This is back to the ugly experience of the nineties. The surge in humanitarian crisis is catastrophic. A lot of Afghan citizens either fled the country or internally displaced.

The Taliban government cannot be trusted. How can they prove to the whole world of their legitimacy? Nothing has changed about them. Their ideals are strongly intact.

What role the international community would play is quite sketchy and somewhat a big puzzle. To have let things degenerate to this point is a foreign policy failure. The Afghan people feel betrayed.

Chief Senator Theodore Orji Is Not A Fugitive; EFCC Should Respect His Human Rights