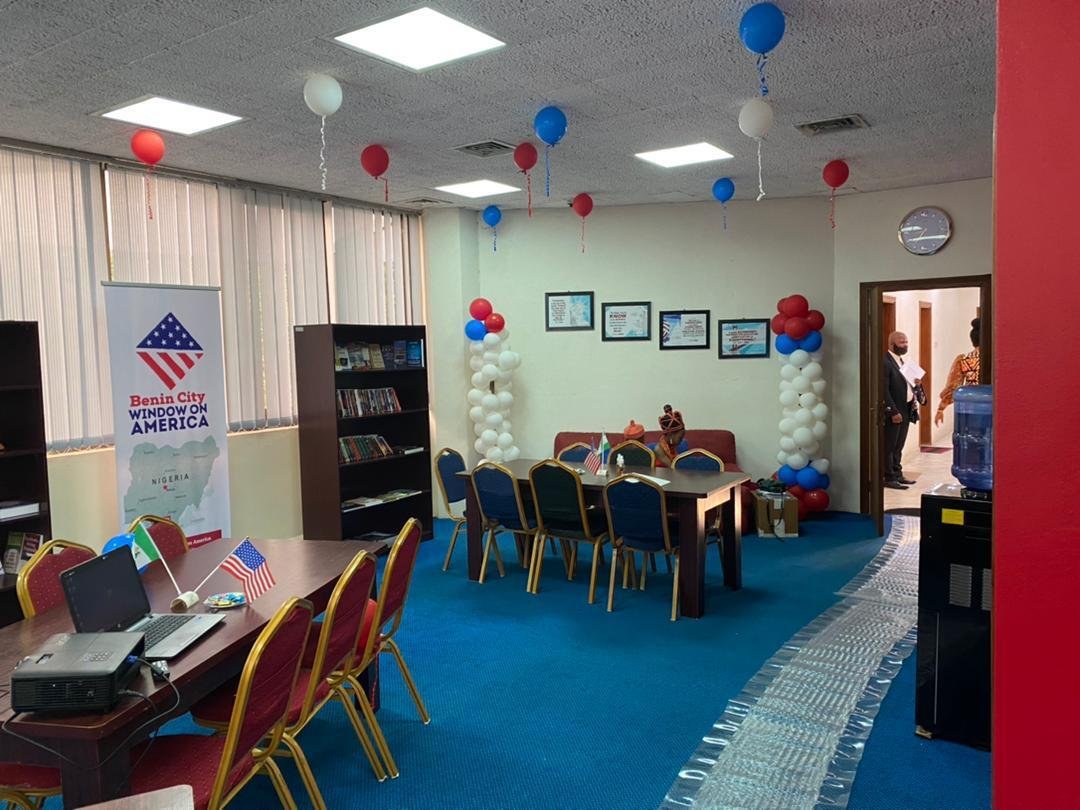 The U.S. Consulate General has inaugurated two new Windows on America in Enugu and Benin City, as part of efforts to engage more Nigerian audiences in their local communities.

Hosted at the University of Nigeria, Enugu Campus and Glass House, Airport Road, Benin City, the two new Windows on America will offer a full calendar of “innovative and life-changing educational and cultural programmes,” the US Consulate office in Lagos said in a statement.

U.S. Consulate Public Affairs Officer Stephen Ibelli explained that the Enugu and Benin City Windows on America represent a partnership between the U.S. Mission, the University of Nigeria and the Igbinedion University.

Ibelli noted that windows on America will serve as a community center where young people develop their ideas, as well as their leadership and entrepreneurship skills through programs and workshops designed especially for them.

“We’re delighted that these two new Windows on America will offer even more opportunities to the youth in Enugu, Benin City, and beyond to discover the U.S. as they prepare for their futures,” Ibelli said.

“We hope that this will be a fun and energetic programming space where our two cultures and countries can blend together, and where we will welcome youth and people from underserved communities to learn more about the United States.”

Vice Chancellor, University of Nigeria, Professor Charles Igwe, applauded the U.S. Mission for the partnership that culminated in the establishment of the Enugu Window on America at the university.

He stated that the center will provide an opportunity for young Nigerians to engage in meaningful and informative dialogues aimed at developing solutions to challenges in their local communities.

On his part, Vice-Chancellor of the Igbinedion University, Professor Lawrence Ikechukwu-Ezemonye, expressed optimism that the Benin City Window on America will encourage cross-cultural collaboration between young Nigerians and their counterparts in the United States.