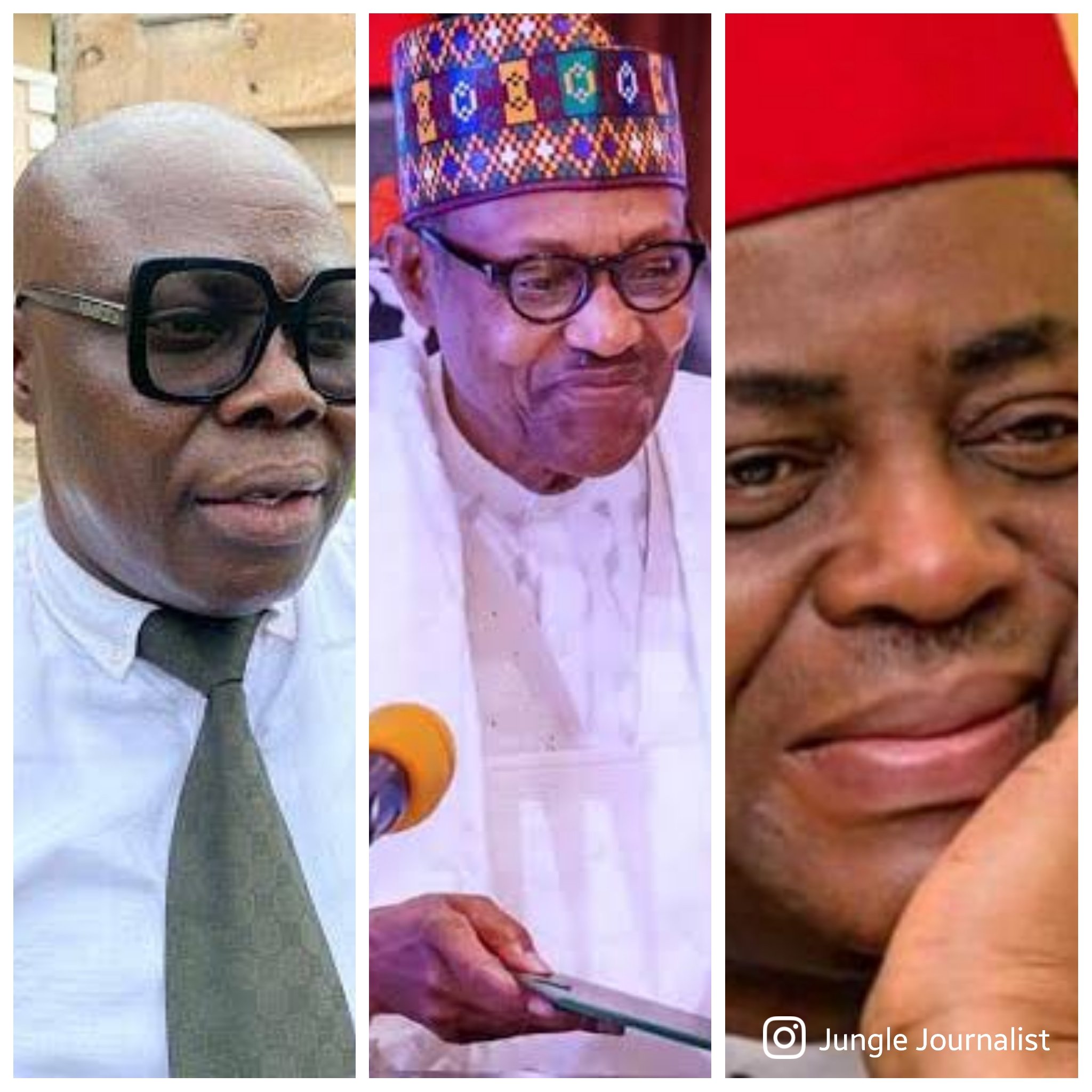 A coalition of civil rights organisations in Nigeria has advised the Federal government against appointing Chief Femi Fani-Kayode into any political position in the country.

The Coalition, made up of over 15 groups, including One Love Foundation, stated that FFK lacks honour and character and cannot represent the country in any capacity whatsoever.

Speaking on behalf of the coalition, president of One Love Foundation, Chief Patrick Osagie Eholor asked the Federal Government to desist from any temptation that could make it give him an appointment.

Eholor, whose One Love Foundation played a key role in the #EndSARS protests stated “This man cannot represent anything noble in this country. He has denied his enstranged wife access to her four little children. Who does that? A woman that carried her children for nine months?

“FFK has so many cases of corruption with the EFCC and he must answer for all his crimes. Adams Oshiomhole once said that once anybody joins APC, his sins are forgiven. But it will never happen in this case. We will battle it and ensure this man does not get a pat on the back for his many crimes.

“Are you aware he has had cases of corruption running with the EFCC since 2008? There is a case of N2billion Port Harcourt runway, and he allegedly collecting N26million from the Office of the National Security Adviser (ONSA) in 2014.

“The EFCC also arrested him in 2014 for the misappropriation of $2.1 billion earmarked for the fight against Boko Haram, he also has a N4.9bn fraud trial, as well as another N4.6 billion money laundering charge. The man is notoriously corrupt and such men should never be seen near the corridors of power.

“He literally destroyed the aviation industry. Today, due mainly to his misadventures, the Nigerian aviation industry is dead, and may never again rise from the dead. That’s how he managed to steal so heavily, billions in naira and dollars. In 2017, Minister of Transport, Chief Rotomi Amaechi said that “former Rivers governor, Peter Odili’s government gave Femi Fani Kayode, former minister of Aviation 2billion naira to fix the run way of Port Harcourt International Airport. It is nowhere in the record of Aviation, am the minister of Transportation, I have that record, it is not there, he went away with the 2billion naira.

“He was asked if it was an allegation on Femi Kayode and he said “Am not making an allegation, this is a statement of fact. Dr. Peter Odili in writing the cabinet approved, and handed over 2billion naira to Femi Kayode to fix the runway at the Port-Harcourt airport road that was close for two years and Femi Fani Kayode left with the money”, he said.

“This man cannot be taken serious by anyone who wants to achieve anything serious. Everyone knows about the father and how he betrayed his own people so it’s hardly surprising. We have also seen stories where he sexually molested his staff, humiliated the males without paying them anything, even locking them up.

“We know he is good for nothing, we know he doesn’t deserve any position.

“A lot of people had thought he was a human being but we now know that he is a disgrace to humankind.

Eholor, who has in the past contributed heavily towards the welfare of the police anms well as the military in Nigeria, aside advocating for increase in their salaries also spoke about how FFK has disrespected journalists. His words “This man has no respect for journalists. Rember how he publicly insulted a journalist for asking a harmless question? He is out of control and such a character cannot hold a public office.

“So we are going to tell the Presidency that if in any way he is considered for a position in the government, we are going to do a 5 million man protest to tell them that we cannot continue to allow Buhari to work with failures whose only goal is their stomach.

“We are not going to let him continue doing that. We are also expecting President Buhari to tell us who has stolen our money. To tell us about Ikoyi fund, to tell us about the money recovered from the airport they have refused to talk about.

“In the western world, a wife beater, or someone who molests women or those working with him are not considered for any position. He has exposed himself that he is broke and gone to beg them. They accepted him back to jump in the back of APC to continue to impoverish the country with his dubious position.

“So we One Love Foundation and other bodies are saying, you cannot continue to tolerate the excesses of FFK.

“He should be reminded that every case of corruption with EFCC will be revisited. He should know that neither Buhari nor EFCC will help him.

“Buhari has told us that he will not tolerate corruption, so he should walk his talk and get this man on trial”, Eholor argued.