Where are Enugu governorship hopefuls? 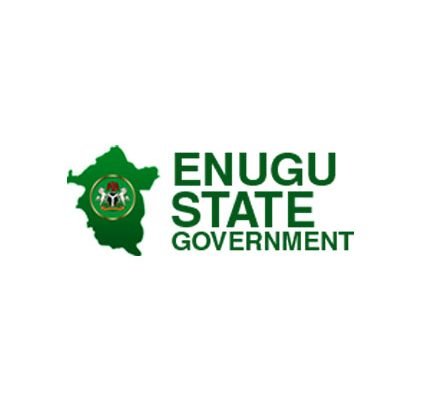 My attention was drawn to the recent Anambra governorship primaries and the plethora of aspirants across multiple political platforms for the forthcoming Anambra State governorship poll.

That is a big sign that democracy is alive in the state. Personally, I believe that nothing makes democracy exciting as plurality of opinions and options.

While my friends from Anambra State bellyached over the number of aspirants that contested, the intriguing political manoeuvres and evident possibilities that some of the winners and those who lost may not, after all, have something tangible to offer in the area of leadership, I was constructively moved by a different concern.

The source of my worry was Enugu State, which ordinarily sits as the administrative capital/center of the old Eastern region and currently, the Southeast geopolitical zone.

Two years to the emergence of a new administration in Enugu State, there are scant signs of any serious conversation to ascertain the nature of governor and governance the state needs in the coming years.

As my friends continued to analyse the many governorship aspirants that offered to lead their state on various political platforms, I told them to be grateful for how far Anambra has matured in multiparty democracy. I impressed it upon them also that it was a thing of joy that their state has produced bold, courageous and competitive persons that were able to descend into the public arena to seek political power.

With that, I cleverly shifted the focus of our discourse to my state, Enugu, where nobody has been bold and serious enough to indicate interest in the race towards governorship. There were some lily-livered attempts by a few timid and overambitious politicians to alter the zoning arrangement.

The promoters also wanted to “snooker” zoning towards unfavorable dubious thin line of senatorial delineation, which was not the creation of one man as in Anambra State. Despite that, the Enugu State polity continues to be dangerously quiet.

Does it mean that no one is courageously prepared to succeed Ifeanyi Ugwuanyi? Are we going to settle for an accidental leader, or is the setting being made ready for any of those corrupt politicians, who believe that “Agbara Aka n’azoana, onye ji ji ana akonye” (when the farmland is in dispute, the person with yam continues planting)? Are they waiting to employ the same crude and counterproductive transactional strategy to purchase the governorship?

As is evident, my worries were borne out of the fact that, unlike Anambra State, where many of the governorship aspirants like, Prof. Chukwuma Soludo, Senator Andy Uba, Dr. Dozie Nwankwo, Dr. Obiora Okonkwo and Senator Uche Ekwunife, started early enough by engaging in constructive discussions on strategies for holistic development of their state, politicians in Enugu continue to salivate after the Lion Building, the seat of power, winking timidly in their dark political corners hoping for a political miracle.

Some observers claim that the silence by those secretly nursing governorship ambition in Enugu State could be explained by two probable reasons: One, fear of distracting the incumbent and being seen as desperados. Two, the likelihood of waiting for the governor’s leading or endorsement.

But, as reasonable as those concerns may sound, the criticality of preparation and public involvement in leadership recruitment process outweighs them. Granted that the Independent National Electoral Commission, INEC, has not allowed electioneering, there is something called civics or soft politics. Opinion leadership and public interventions are some of the offerings of leaders, which constitute part of civics and citizens’ enlightenment.

Citizenship education and voter enlightenment have been remarkably poor within the past 22 years of Nigeria’s democracy. The absence of such public engagements has continued to tell on periodic elections, leading to indifference to public affairs and voter apathy.

Part of my worry about the political situation and the nature of public conversations in Enugu State, therefore, is that the opportunity to x-ray the social, emotional and intelligence quotients of potential leaders is being lost.

Next to that is that there are dangerous men lurking in the dark and preparing to take advantage of last minute compromises to capture power.

Among these people are those who are already in the corridors or banking on kinship to become governor. Filial, maternal or marital relations should not colour the process of electing the next Enugu State governor as some malformed political actors are already mobilizing secretly for, amid greed and fallacious permutations.

Having said that, it is therefore necessary to lay a background to the objective scenarios that should moderate the search for the next governor of Enugu State. The docility of potential leaders goes a long way to produce a dull electorate that are susceptible to inducement, otherwise called stomach infrastructure or see and buy.

One would have thought that with the reality and clarity of the zoning arrangement in the state, which favours Enugu East Senatorial District, those who are desirous of succeeding Governor Ugwuanyi should have begun to offer insights on some nagging socio-economic issues.

Instead of such healthful conversations, what one gets to hear from the rumour mills are names of otiose politicians that have been recycled through the state and National Assembly since 1999. And some, who hope that due to their original constituency link with the incumbent, he would surely favour them.

As is evident in Anambra State, fresh ideas from the private sector, academia and major dominant players in commerce and industry, even the civil service, are needed to diversify options for citizens’ enlightened choice.

To note that some of these lawmakers were products of flawed elections and garrison-style politics makes the need for public involvement in Enugu State very urgent.

If there is any state where a paradigm shift in leadership recruitment is direly needed, Enugu State is number one. Apart from the sidelining of the youth, those who have acquired material wealth from political offices have narrowed down politics to what is in the pocket rather than what is in the head.

Oftentimes, I scan through the pages of major national newspapers hoping to see any major press interview with public officers from Enugu State.

It is sad and regrettable that our leaders are not able to engage in intellectual debates and discussions. Pained by this ugly situation, I find myself agonizing and soliloquizing over my concerns: Does it mean that nobody is prepared to succeed Governor Ugwuanyi in 2023?

I think this is an ample time to share ideas on such issues and strategies as raising the internally generated revenue of the state without burdening the poor with taxes, possibility of optimizing the state bureaucracy, synergy among ministries of agriculture and commerce and industry, reorganizing the education, school policy and curricula to make for functional education, as well as reorganizing, with a view to improving the state’s healthcare system, through modern management structures and striking a balance between infrastructure and trained manpower.

With the current global economic downturn, it is obvious that leadership is no longer business as usual, neither would public service remain avenues for primitive accumulation of wealth and setting up hotels and gas stations.

Governing a state in Nigeria should be seen as a very serious business, not only because of the nature of security and emerging challenges, but also the bourgeoning population. The demographic realities of the present time, shows that moribund policies, strategies or systems are no longer feasible tools for solving today’s problems.

The dynamism of today’s youth requires a commensurate focus on knowledge economy. As a teacher in a reputable institution, I am convinced that young people of nowadays could be said to know more than their elders, especially when it comes to devising sustainable state development and strategic policies through Information and Communication Technology (ICT).

Based on the foregoing, it is obvious that Enugu State cannot welcome an accidental governor in 2023, not to talk of an analogue one. What is playing out in Anambra State should challenge our potential leaders that the political chess game has changed.

*Ujam, a professor, in the Department of Pure and Industrial Chemistry University of Nigeria, writes from Nsukka.