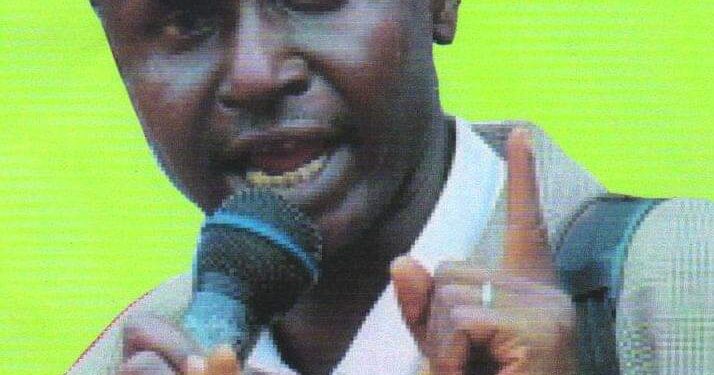 16
SHARES
163
VIEWS
Share on FacebookShare on TwitterShare on WhatsApp

A human rights activist, Comrade Osmond Ugwu, has called on the Federal Government to arrest and prosecute Alhaji Abdurrahman Sulaiman Kawu Sumaila as a matter of national interest, for making Hate Speech against Igbo Nation and inciting hatred against them.

Ugwu, who is also the Convener of Coalition of Civil Society, Workers and Human Rights Defenders in a Press Statement accused Sumaila of making ‘highly damning statements, capable of triggering off and heightening justification for demand for secession of the Igbos from the Nigeria, by describing Igbos as terrorists, who no right thinking Nigerian should vote for.

The statement read “I wish to bring the attention of the president of the Federal Republic of Nigeria, Mohammed Buhari, the National Assembly, National Security Adviser, Inspector General of Police, Director General of Directorate of State Service, the Nigeria public and International Community to the far reaching implications and dangerous consequences of the statements credited to the former Aid to the president against the Igbos in Nigeria and demand for his immediate arrest and prosecution accordingly.

On Thursday, 3rd June 2021, some sections of the press and social media published highly damning statements credited to Sumaila that depicts hate speech, inciting statements and malice against the Igbo nation and Nationality of Nigerian state which if not objectively addressed by bringing him to justice is capable of triggering off and heightening justification for demand for secession of the Igbos from the Nigeria federation.

In his costly statement, Alhaji Abdurrahman described the whole Igbos as terrorists that cannot be entrusted with the office of President of Nigeria, relying on his prejudicial claims on the killing of former Aid to president Jonathan, Mr Gulak in Imo state and what he described as activities of Unknown Gun Men in the Southeast.

Based on his biased perception and conclusion about the Igbos he posited that Igbos are not capable of occupying the office of President of Nigeria.

If the opinion of Abdurrahm should be taken serious by the appropriate agencies of the government and the presidency by refusing or failing to bring him to justice, it then means that the president of Nigeria, Senate president and Chief Justice of the federation should resign for coming from the zones where terrorism of Boko Harram, Herdsmen and Banditry have taken over the affairs of life of the people with all the killings on daily basis being treated as a way of national Life.

Apart from the supposed resignation of the heads of three arms of government of Nigeria for having come from the zones where terrorism started in Nigeria and has assumed prominence of daily business, people from those zones should be permanently barred from leadership of the country in perpetuity, given the harm terrorism which originated from those zones caused and continues to cause humanity and has become a thriving business in the areas

In order to avoid the dangerous consequences statement of Alhaji Abdurrahm to Nigeria unity and progress, I hereby call on the Nigeria Senate and House of Representatives to pass a resolution condemning the statement and direct the Inspector General of Police to urgently arrest him and prosecute him appropriately, while the President of Federal Republic of Nigeria, Mohammed should also direct same.

If the relevant authorities and agencies of Nigeria government failed to act as it is appropriate, the Igbo people and nationality may view such silence or inaction in this regard as mark of conspiracy against and be compelled to see themselves as being hated by people of the north and as such can seek for their own sovereign state and will be justified for that by God and humanity.