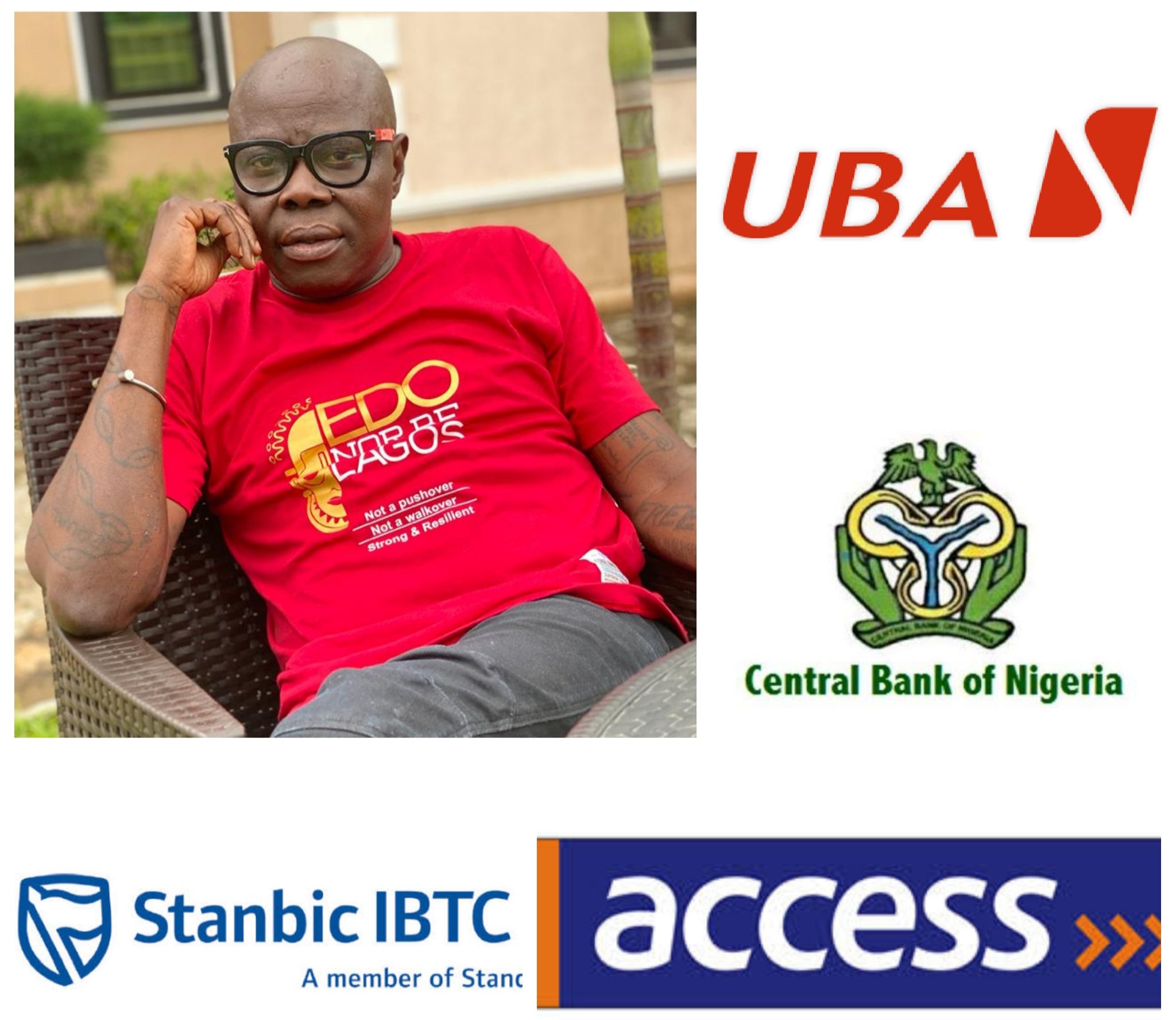 Frontline activist and president of One Love Foundation, Chief Patrick Osagie Eholor has taken the Nigerian banking system to the cleaners.

Eholor, who enumerated several dubious practices that have become a norm in these banks, called on other citizens of the country to speak up so that the banks can be forced to effect lasting changes and contribute to the economic growth of the nation.

Ultimate Equal as he is fondly called, while speaking in Benin, stated that the bank chiefs of the country only bother with their own profits, without putting the people or the country into consideration in their practices.

Interestingly, Eholor also shut all his bank accounts with UBA Nigeria, as a protest against some of the issues he raised.

He also revealed that he has invited a team of lawyers to take them to court.

His words: “The banking system in Nigeria are very useless and porous. Banking is mutual. We all bank with our money, and banks take it and loan to others, and they are expected to pay, so that the money will revolve. But unfortunately, the ethics of banking in Nigeria is too poor.

“In this system, there is no average person. It’s either you are extremely poor or extremely rich. Any economy where there is no averagely rich, it’s very difficult for that economy to survive, because it’s the middle class that really propel the economy. In this country, it’s different.

“The banking system is very bad in so many ways. First of all, they recruit women, between19 years old to 27 years. When you are over 32 years, you are seen as obsolete, not useful to them. They either discard you or find something to rope you with, and fire you.

“So when they recruit you, they encourage most women to go into prostitution. They encourage these ladies to go and meet anybody for money.

“They call it target. It doesn’t sound real. How can you give a benchmark to a young girl to go and bring money in order to survive?

According to the founder of OLF, “They don’t have the right to just fire them like that. They see them as old layers who cannot lay eggs again. They have turned theses girls to gas stations, nozzle in, nozzle out. I am saying this and can defend it, if they want to prove am lying.

“Also too, the bank charges are bad. What is COT? You are doing business with them, they are charging you unnecessary charges. What is bank card? They give you a bank card to access your account and charge you N1000.

“Those things are fraud. These banks are very fraudulent, and we call them seasonal bankers. When you have stocks, they bring out stocks, and lower it from the beginning. Then they will share it among themselves, and later raise it, and sell their own, and then crash the stocks. It’s called ‘inside deals’ . I know that very well. I have been banking for a very long time, so, banks have to be checked.

“I am currently organising a team of lawyers to look into the fraud and excesses of the banking system. Recently, let’s say two or three years ago precisely, I gave a quarter of a billion to IBTC Bank. I was trading on mutual funds. After two years, I took out the money to do other businesses. I continued banking with them.

“When Covid 19 came, I wanted to assist my constituency with palliatives, and needed about N50 million. They asked me for everything, collateral, which I gave to IBTC. Unfortunately, they declined my request without any reason.

“IBTC is a foreign bank from South Africa. They won’t do that to South Africans who are not as rich as me, who are not as comfortable as me, so I find it very insulting. I had to go there and throw them under the bus. I closed my account, and went to UBA. I have been banking with UBA before, they did the same thing to me, I left them, and when they came back, they told me they have changed a new leaf.

“But unfortunately, they are now worse than what they used to be. I had an account with Standard Trust Bank on Akpakpava Street, Benin.

“We have women who are frying akara who need loan. They all end up going to loan sharks and they end up taking loads on 32 per cent intest. Who does that? Nigerian system is currently charging people between 28 and 29 percent interest. Nobody can survive that. We cannot focus on the government alone without talking of banks. They are part of governance.

“So there are a lot of battles we are going to fight in this country. Zenith Bank is not excluded. I started banking with the, back in Marina, and through my banker, I tried taking loans from them, but was also declined. If I, who has about seven streams of income can be declined, I, who work hard daily, and has collateral, then what is the fate of ordinary citizens? I tried Access Bank, but met the same fate. Sterling bank is also the same thing. So I don’t even know where to go with my money, but the hope I have is that one day, I will have my own bank, and give voice to the downtrodden and the voiceless.

“I am not here to vilify the banks, but I want this country to work, and the country cannot work without the banks doing their work.

“90 percent of Nigerians are denied loans by these banks, and most of these banks are Nigerian banks. Yet, 99 percent of foreigners are given these same loans, and you expect the country to go on that way?

“If these banks keep failing us, we will be in serious trouble. A dollar today is N500. The Buhari administration is completely blind, they don’t know what they are doing. We are fighting a man who is called Patanmi, a federal minister who is sympathetic to terrorists. Here is a man who said that if they kill a Christian, he doesn’t feel the pain.

“We did the SARS protest, but up till today, we still do not have results, and we still have SARS everywhere. If you have a judge who is selling judgement, the will of the people, its SARS. If you have banks who doesn’t give loans to people who deserve the money, it’s SARS.

Banks against the people

“Banks rather give money to Lebanese,
… , Indians, pastors and politicians. Banks will tell you they have no money to assist the people who are building the economy of this country, the ordinary citizen. But they will use bullion vans to bring money to Tinubu’s house, and give money to other top politicians.

“A country that does not give mortgage to its citizens to get homes and pay gradually, a country where a state governor accused the CBN governor of printing money indiscriminately is going to end up doomed if men and women keep quiet and don’t ask for solutions.

“So, I am not going to stop until there is genuine change in this country, and I am calling on all of you to join me in this fight.

“I am taking the banks to court, and I am taking to bank regulators to court to explain why the best banking practices are missing in Nigeria”, Eholor stated.