13
SHARES
128
VIEWS
Share on FacebookShare on TwitterShare on WhatsApp

The weather was clement, and the evening was just perfect for love. According to the laws and customs of Uzo Ubani community, and indeed, Igbo land, the incidents of the evening was a perfect definition of basic traditional marriage ceremony.

First, the bride’s family and the in laws, as well as the Ndi Ogo (in laws), and of course, the friends and neighbours who had all made out time to be part of the happy ceremony were all seated, in anticipation of the coming ceremony.

And so, the bride, Nkemakonam Rebecca Ogbonna, resplendently dressed in a shining green dress, and beads and bangles, was led out by her sisters, friends and loved ones who engaged in beautiful but slow dance steps, leading her to her dad, Mazi Paul Ogbonna, who sat with his lovely wife, Mrs Faith Ogochukwu Ogbonna, watching their daughter. Once she arrived, she knelt down before them, and he poured out a measure of palm wine into a cup.

He began to pray for her too. He muttered prayer upon prayer for his daughter, so that she may have a blessed and sustained beautiful union with her man.

Meanwhile, the music continued to ring at the background. After the prayer, she started off, carefully carrying the cup in two hands, while she danced and walked majestically. In Igbo tradition, she was to walk and search for her would-be husband among the teeming young men seated.

Playfully, some of the young men would gesture for her to give them the drink, but she kept dancing until she ‘found’ her man, Mr John Olele, who was dressed in an immaculate white kaftan. She then knelt down before him, a sign of obedience and he took the drink, drank, and offered her the rest. Then he led her holding hands, and took her back to her father.

After the prayers, the newly married couple began to dance, and received financial blessings from different guests who graced the occasion, including Chief Patrick Osagie Eholor, who traveled all the way from Benin City Edo State to grace the occasion.

Speaking to Jungle Journalist Media Limited, Mazi Paul Ogbonna, who just gave out his daughter in marriage stated “this is the traditional marauders of my daughter, Nkemakonam Rebecca Ogbonna and John Olele. I am happy because if you give birth to female children, and no man comes to your house to ask for their hands in marriage, that’s not good. I am because I am giving out my daughter to my son in law, John. You can see how happy the atmosphere, and everyone is jolly.

In her own words too, Mrs Faith Ogbonna revealed that Nkemakonam is her fourth daughter, and explained that the palm wine that her husband gave to her was very key in Igbo traditional marriages practices.

“We use palm wine during traditional marriages, and it’s only palm wine that we use for that very practice. We in Ugbene Ajima do it, and all Igbo people also do it. It’s a key element in Igbo tradition”, she stated.

Sisters to the bride who were sweating as they spoke with our reporter, smiled from ear to ear as they explained his happy they felt at the event.

“I feel so happy and fulfilled”, said Benedicta Ngozi Ogbonna. She also explained that although palm wine has played a significant role in the ceremony, it’s not just about palm wine that marriage is about, but about love, happiness and fulfillment.

“My dad has finished one cup of palm wine and is drinking the second because he is happy. If you look around, you will see others too drinking other kinds of drink, and eating. It’s because we all are happy. Marriage is a beautiful thing”.

She also said that the groom and his family came all the way from Ebonyi State to marry Nkemakonam.

“I am just so happy. I am excited!”, quipped in Mrs Onyinyechi Okwudili, another sister, who later said that traditional marriages are best done in the evenings in Igbo culture.

The bride’s uncle, Pharm Sylvanus Ogbonna said he was excited that his daughter was being given out in marriage, and spoke wishes for the new family “I wish them all the best!”

The groom, who also spoke with Jungle Journalist Media Limited said “I am from Ebonyi state. I saw a beautiful flower in Enugu State, and so, I and my parents came to pluck the flower. I am happy to have found this adorable flower, and I hope to have a blissful married life with her.

Rebecca, excited, said “Today is my big day, and it comes once in a life time. That’s why you are seeing me with this big smile on my face. I met him in Lagos, and he came all the way from Lagos down to my hometown.

The bride’s aunt, Mrs Favour Ochekpe, who traveled all the way from Abuja for the marriage prayed that God should bless the union in all ramifications. 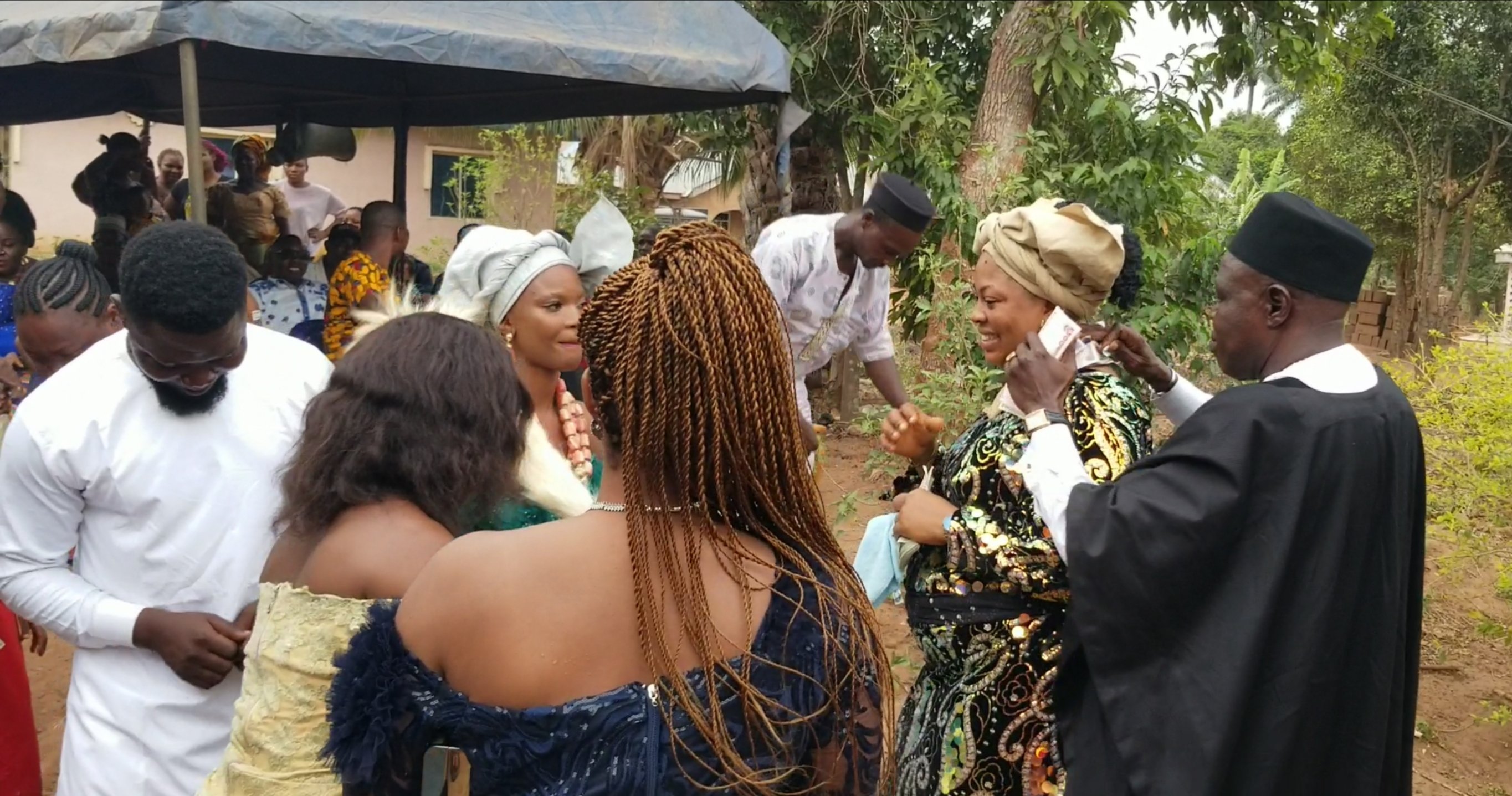 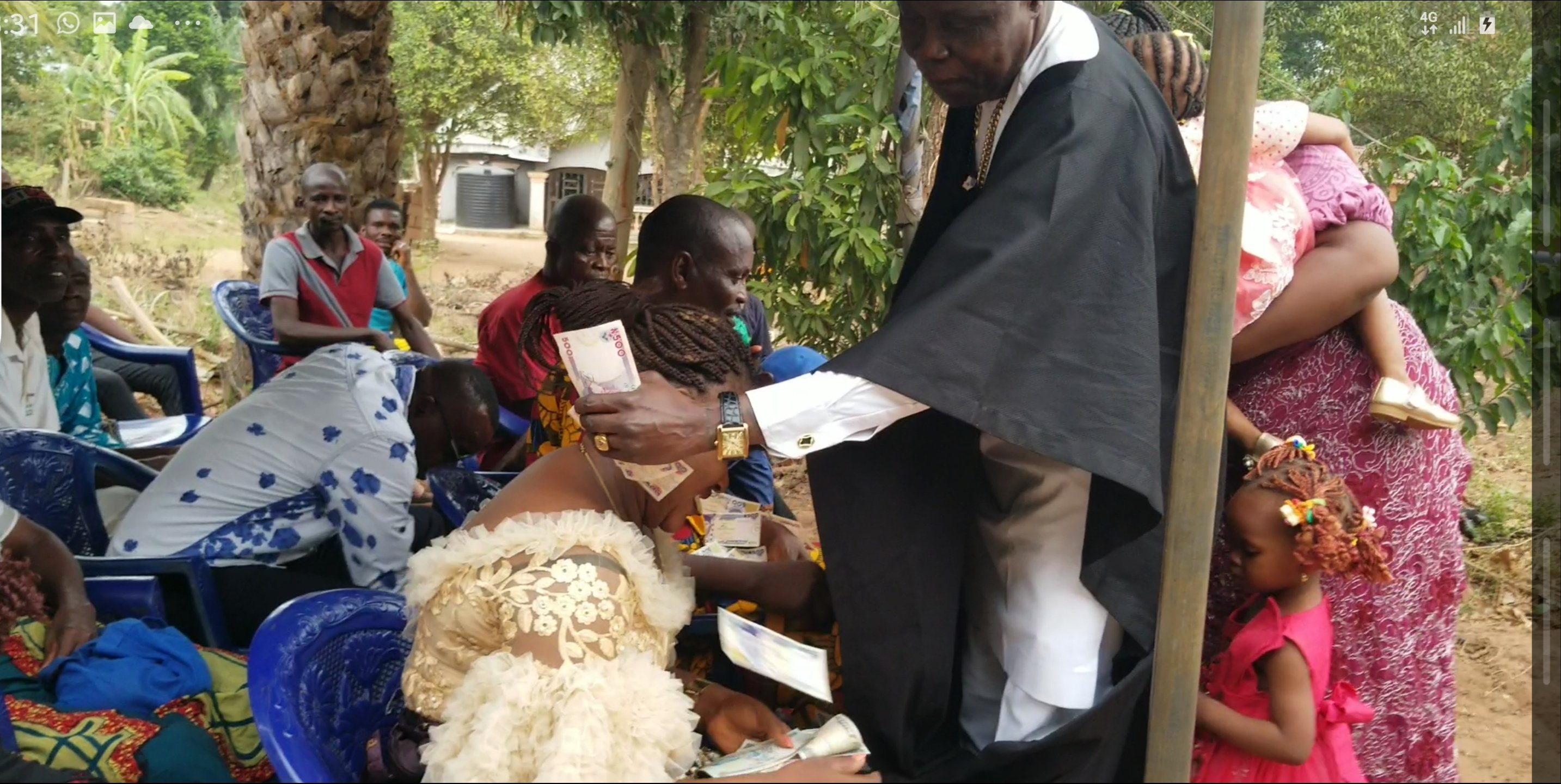 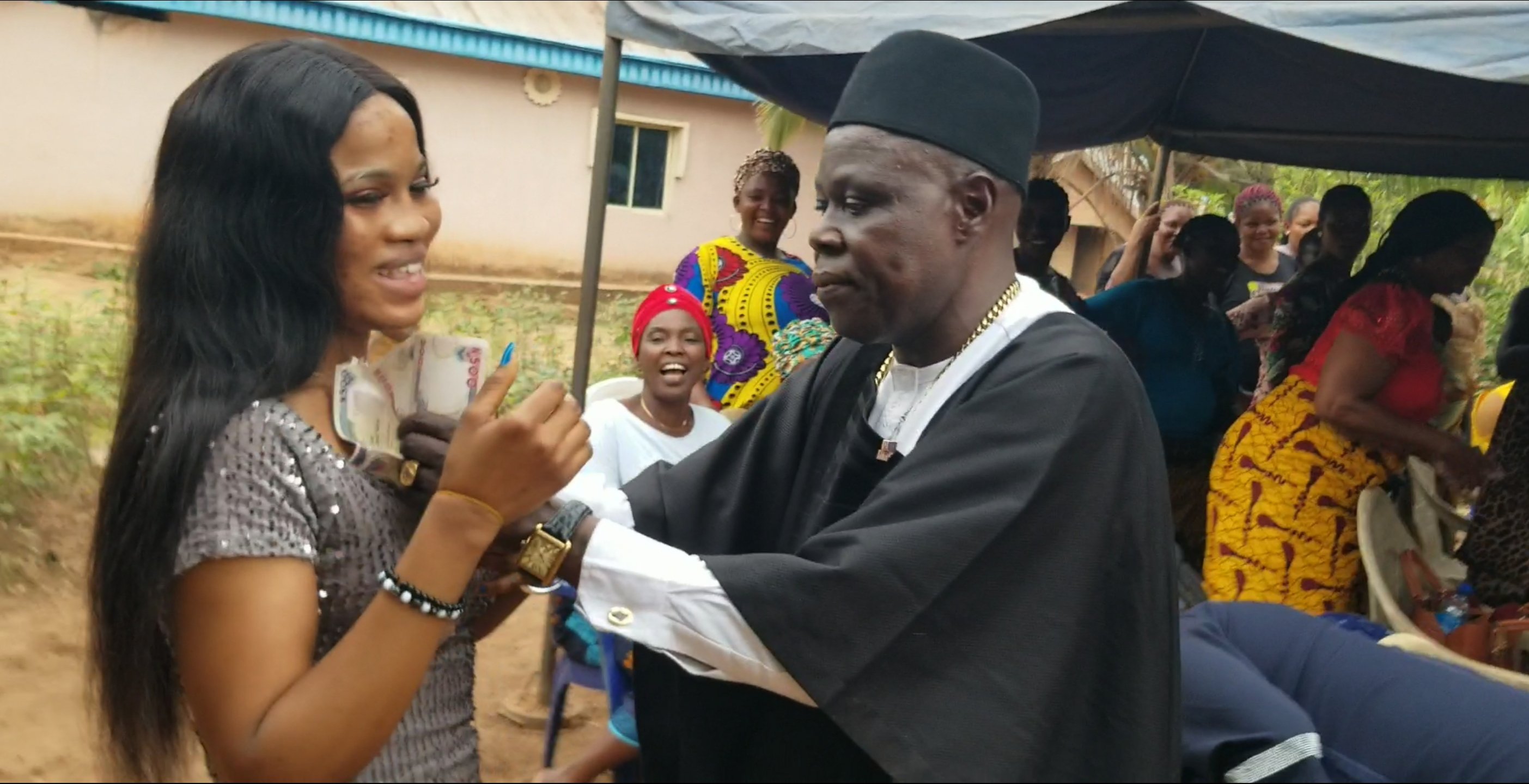 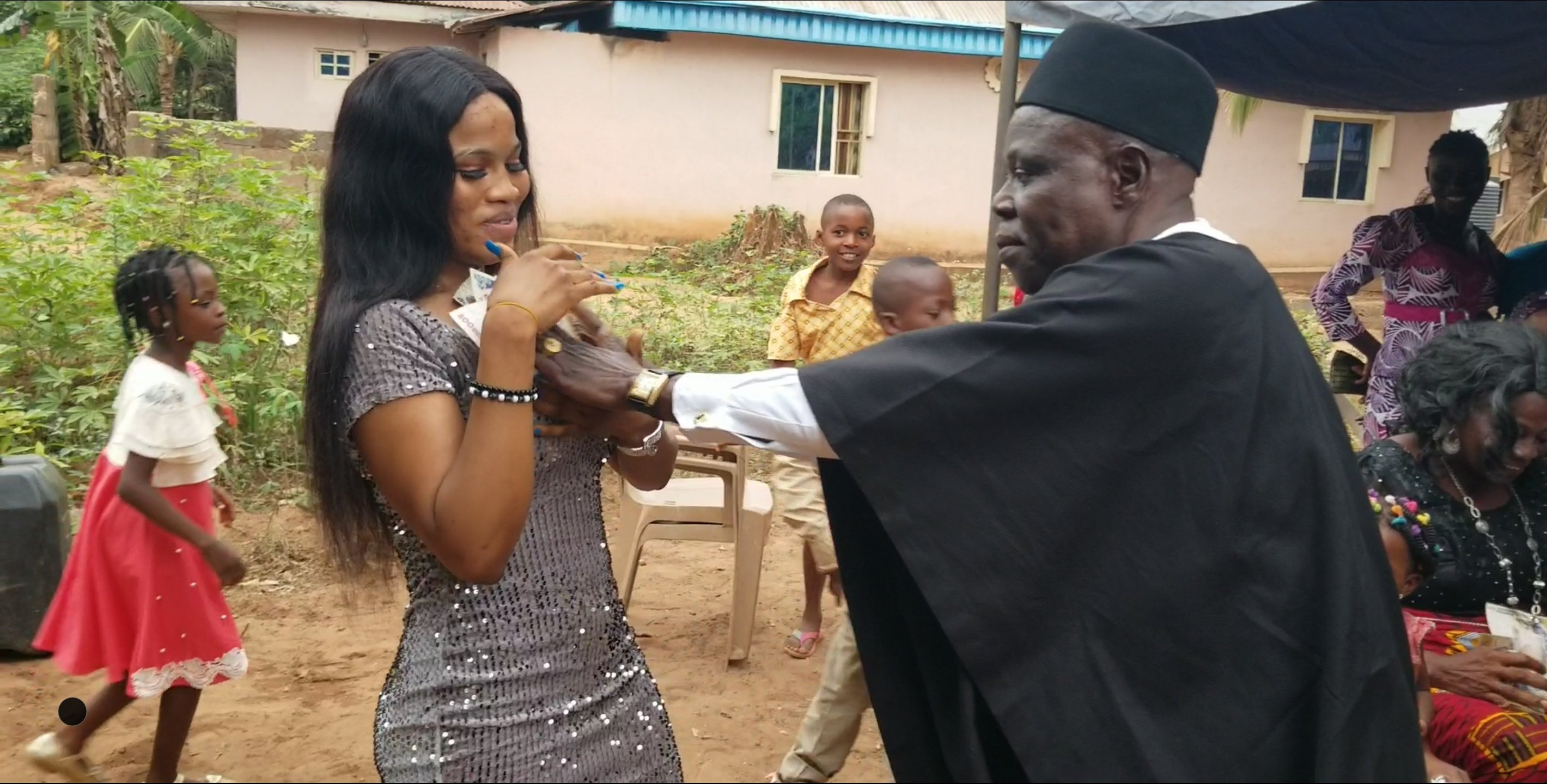 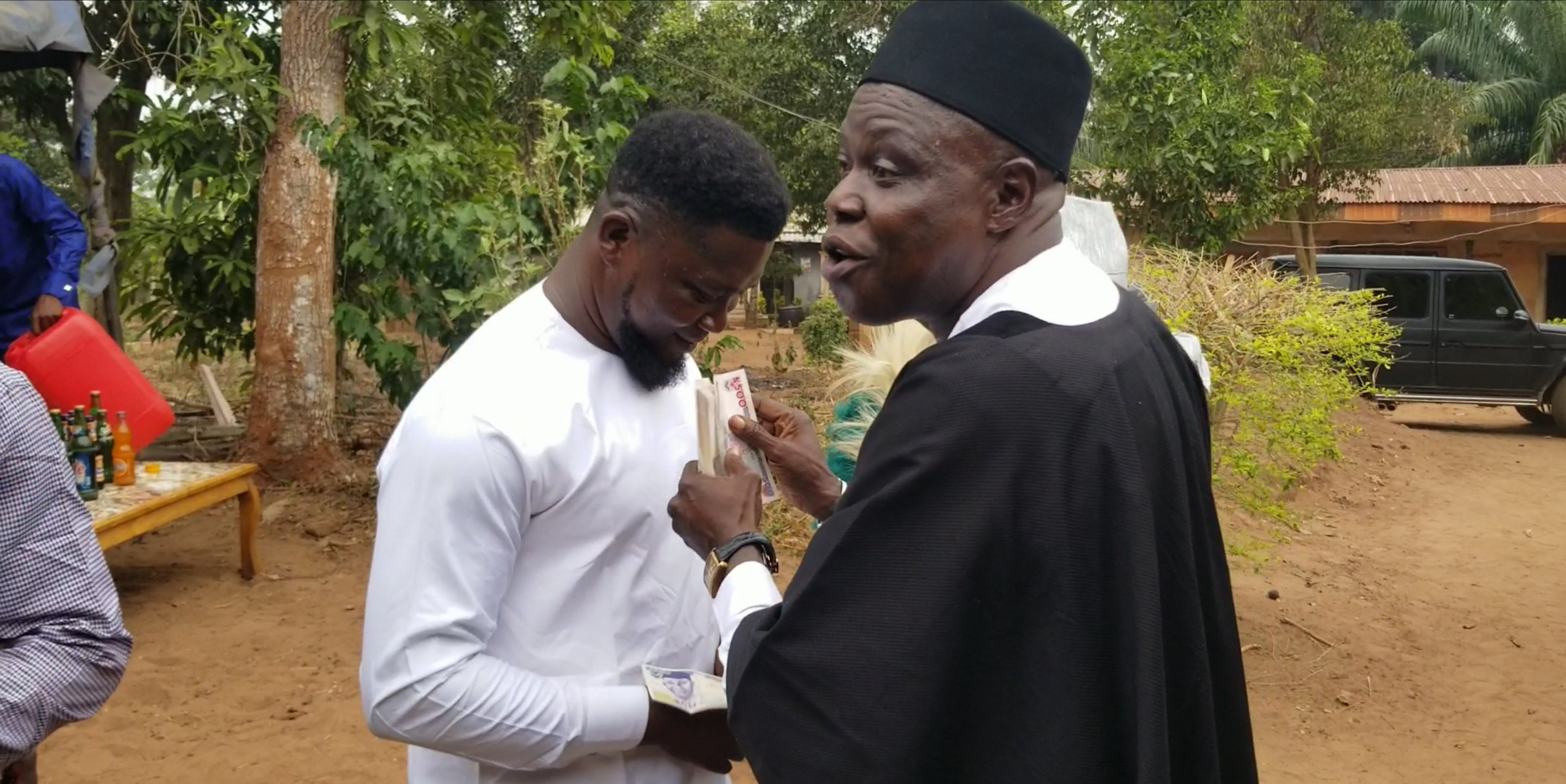 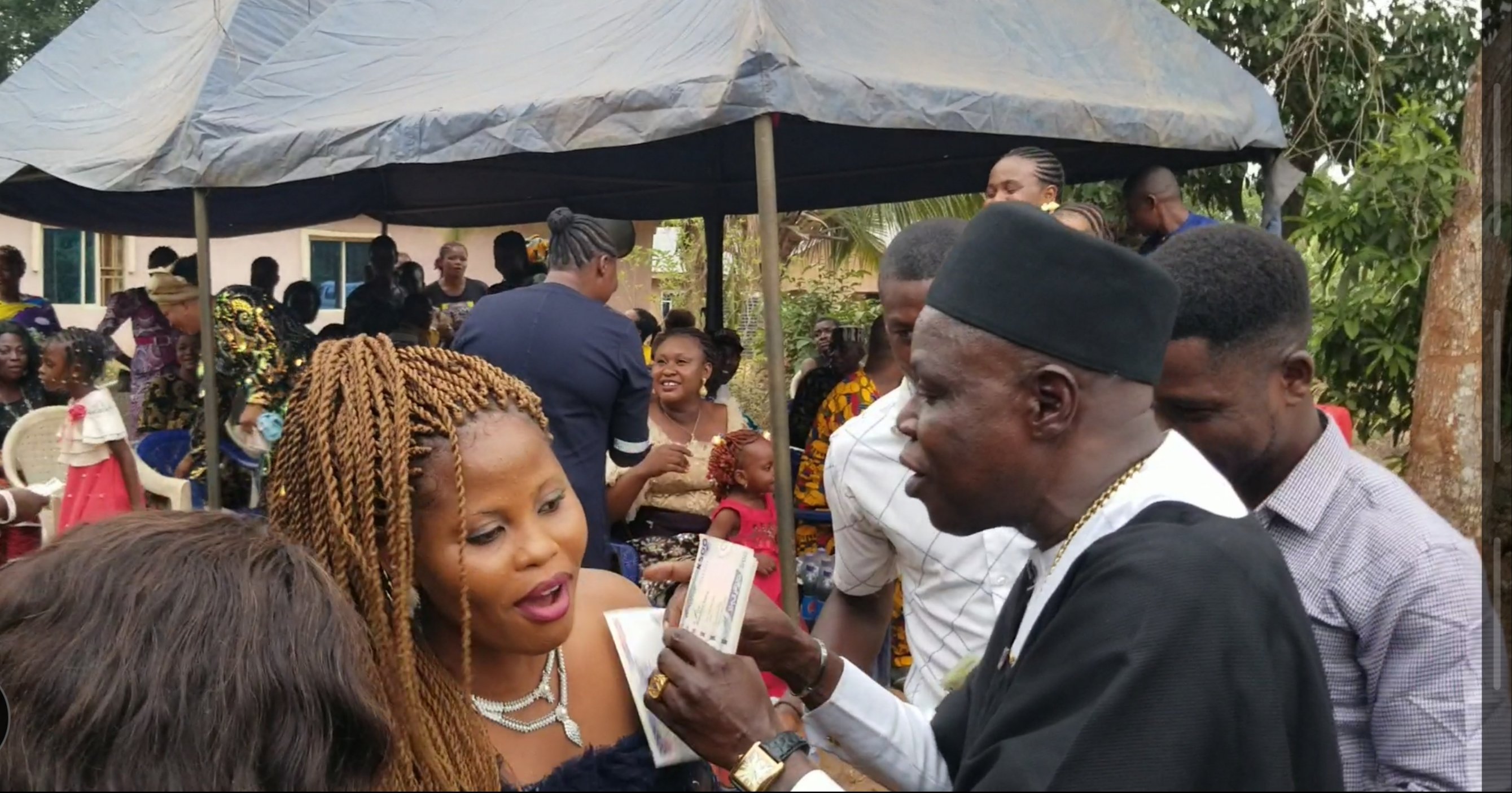 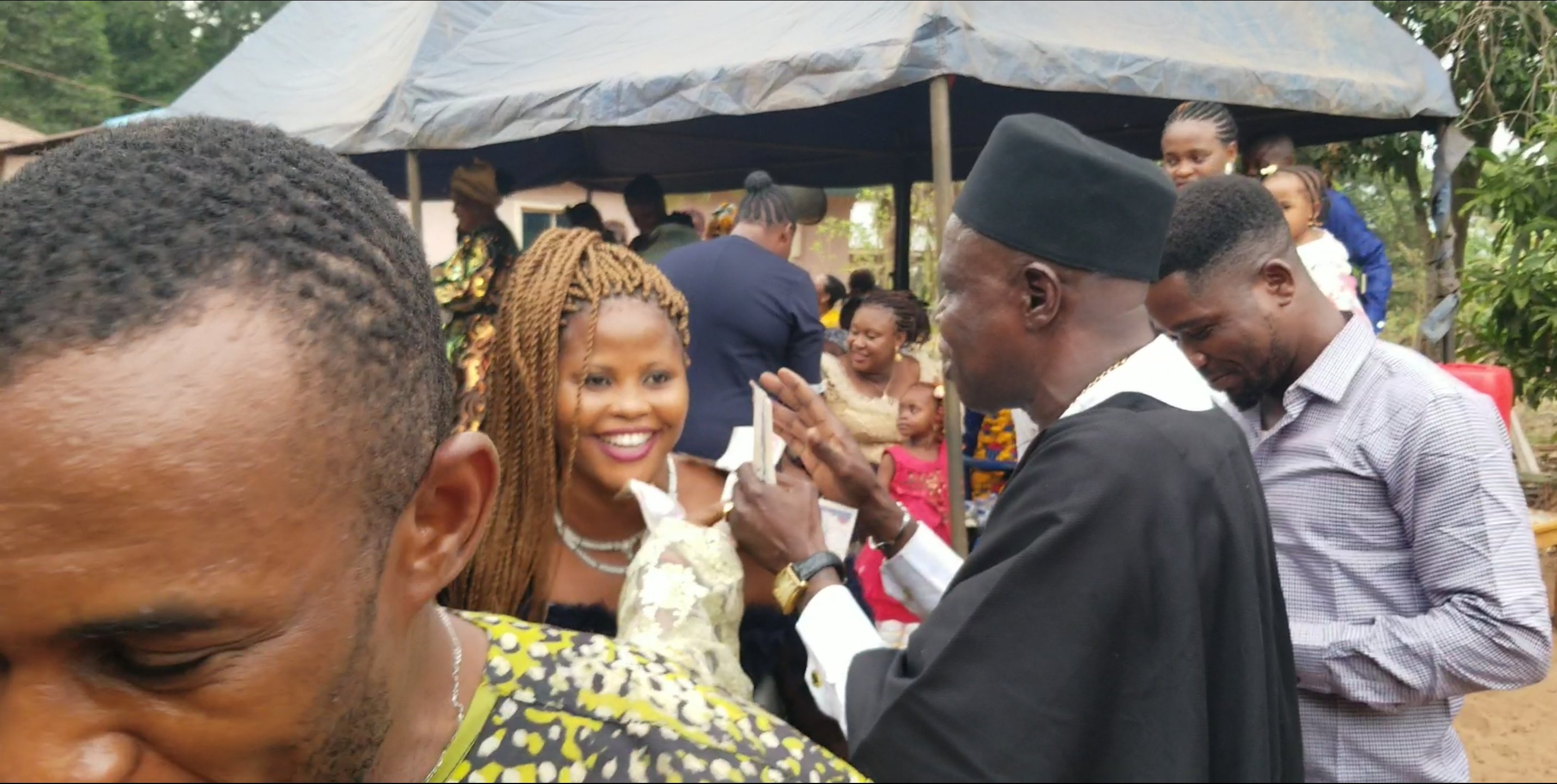