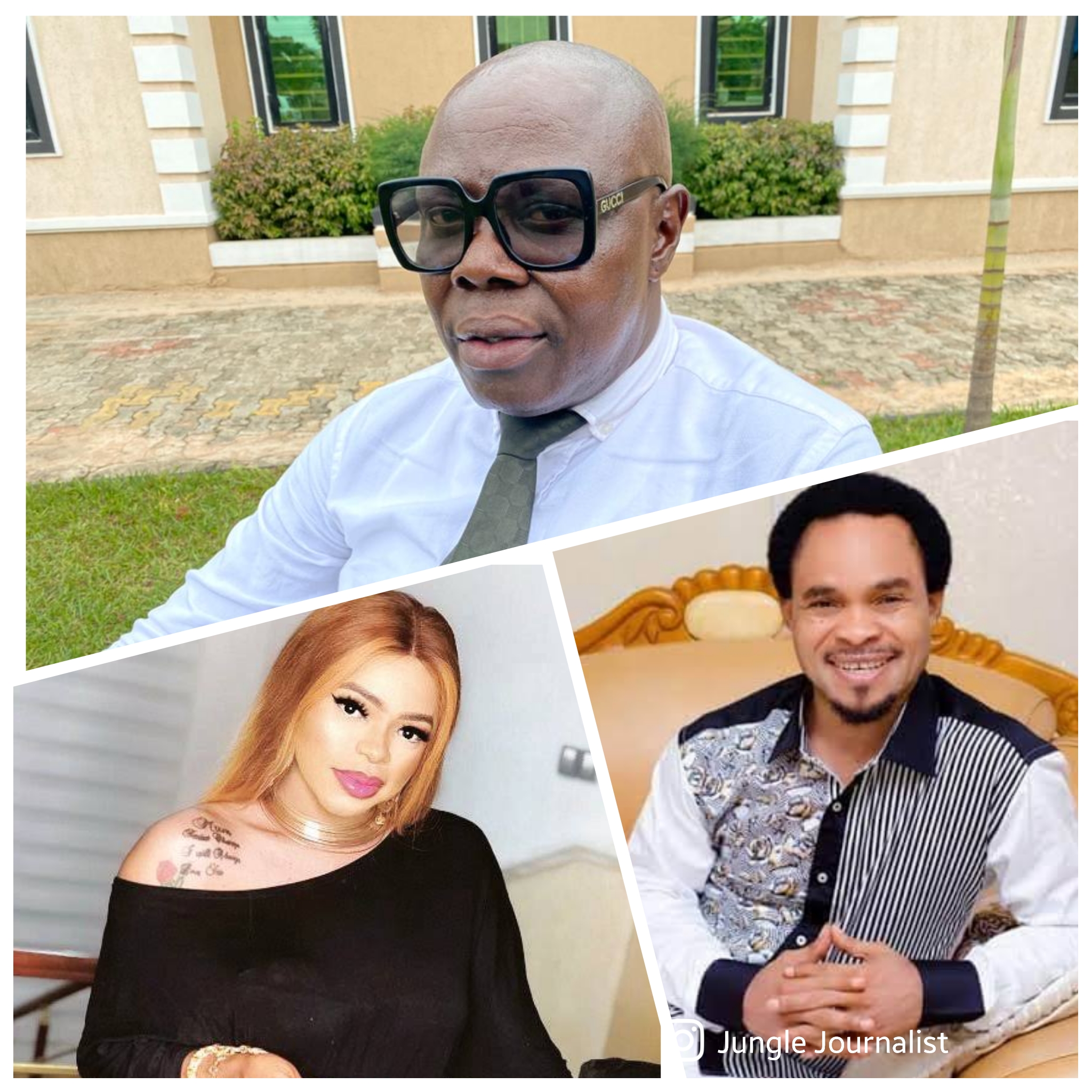 The Observer-General of the Federal Republic, Comrade Patrick Osagie Eholor has expressed displeasure with the level of attention journalists and Nigerians are giving certain crops of entertainmeners and pastors in the country.

Eholor, who is also the Founder of One Love Foundation, a human rights organization spoke in a voice note interview over the social media, said Nigerians should get very busy with addressing the myriad of problems facing the country, instead of wasting time discussing irrelevant things.

He particularly pointed out the likes of Bobrisky and Indabosky Odumeje, whom he categorised as charlatans seeking undue attention when the country is burning. He advised journalists to contribute to solutions and not problems by writing about the duo and their likes.

Bobrisky runs out of Benin, apologizes to Edo people after asking Oba of Benin to marry him

“I really think the nation has to wake up, let’s discuss relevant things. We are talking about the failed economy, national matters, the failed governmamce, insecurity, banditry and kidnapping, yet, I am surprised that some journalists still find the time to report people like Bobrisky, Odumeje and their likes. I think we should not be part of the problem, we should be part of the solution. I read with disgust recently where Bobrisky said he, or she could not fast because he or she was under his or her period.

“Who reports that? That’s abomination. These people were cast out from the pit of hell. These people are from Sodom and Gomorrah. How can a man be having period? Bobrisky is a man, the man is sick. I think, the best thing people should have done for him is to take him to a psychiatrist hospital. Those days when there were true deities, people would have known that Bobrisky is a product of witchcraft, cast from the pit of hell. Such people are not supposed to be discussed. It’s an abomination to talk about people like Bobrisky, even though we are living in a modern world where people live life the way they want to live.

“The publicity stunt of these people are very embarrassing. We should try and limit it.

“On the part of the other funny magician called Odumeje, Odumeje is a magician that abuse people mentally. He has even prophesied that somebody will die at a certain age, which the police ought to have looked into properly.

“I sympathize with the likes of Ada Jesus who just died, where Odumeje was taking pride, saying that he was the one that caused her sickness.

“And you see some politicians flirting around Odumeje, somebody we know is mentally imbalanced, and yet you see these people celebrate him, governors who celebrate him.

“I am disgusted, I am ashamed that you people can be brainshwashed and your brain usd. The very embarrassing one again, is that they are also using Bobrisky as n ambassador. I mean, who does that?

Eholor further said “Look at Isa Pantanmi who is a terrorist serving as a minister and Nigerians are keeping quiet. Look at Gbajamila who s a disgrace at the National Assembly could not let the matter continue, and Nigerians are quiet.

“Then look at the president who budgeted billions in Aso Rock Clinic going abroad for medical care. These are matters that should be discussed. What about the #Endsars matter? Are we still discussing it?

“What about the failed and retired service chiefs who were rewarded with ambassadorial positions, the 60 billion that were printed by the Central Bank, and at the moment the Minister should have resigned, the inspector general in this age that said they should recall police orderlies from private individuals. He made a 12 point agenda, like the removal of police roadblocks. I know you know how to go about it. The late Umar Musa Yaradua’s 7 Point Agenda, only one has been achieved, the Niger Delta issue. These are the issues we should be discussing, not Bobrisky. How can a man be having period. He is a lunatic, and Odumeje is a sick magician. Two of them and their likes should be confined to mental institutions.

“I beg the press to reduce the publicity they are giving to these people”, he stated.