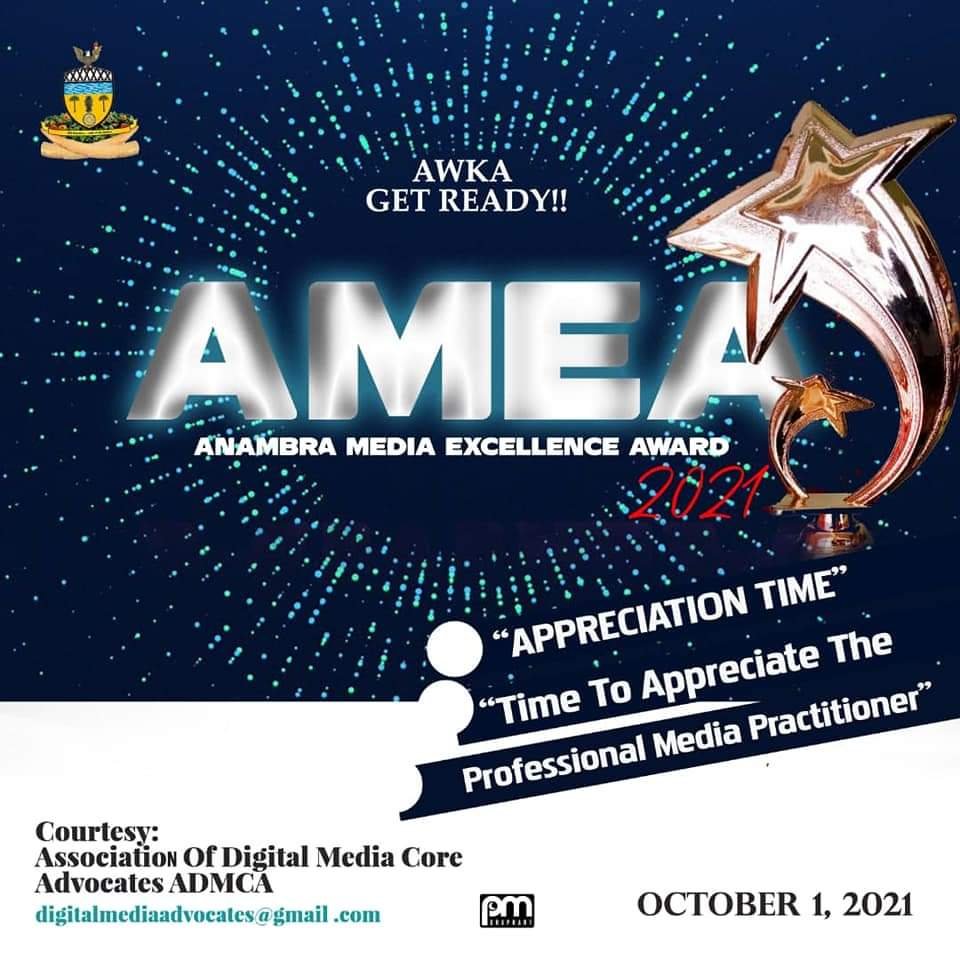 The Association of Digital Media Core Advocates, ADMCA has announced Friday, October 1, 2021 for the annual Anambra Media Excellence Award, AMEA 2021, a platform it created four years ago to recognise and honour personalities and institutions, especially journalists, whose activities in the electronic, print and digital media space are impacting positively on humanity.

Announcing this in Awka, Anambra State, the National President of ADMCA, Dr. Harris Chuma-Odili, highlighted that aside recognising some veteran journalists, the event would also avail the opportunity to engrave the names of some distinguished media personalities in the sands of time, following the establishment of the Anambra Media Hall of Fame, AMHOF.

He says: “AMEA has grown in leaps and bounds and we are happy with its impact on the media space over the years. The 2021 edition brings the Anambra Media Hall of Fame, to permanently celebrate distinguished media professionals for their essential role in the socio-political development of the state. We will not only be celebrating media professional but handing out reward packages like prizes to make their hard work worthwhile.”

AMEA, usually a carnival replete with cultural dances, fashion show and gastronomies, will also afford the opportunity for leading contestants in the Anambra gubernatorial polls, slated for November 6, 2021 to interact with the media industry across print, broadcast and social media during the segment tagged: ‘Journalists’ Hangout with Anambra 2021 Governorship Candidates’.

Chuma also announced a slight change in the process of adjudication at this year’s event. According to him, “The Honours and Ethics Committee of ADMCA also announced that there will be no voting in this year’s AMEA. Nominations shall be received and handed over to the Panel of Jury for verification, scrutiny and adjudication”.