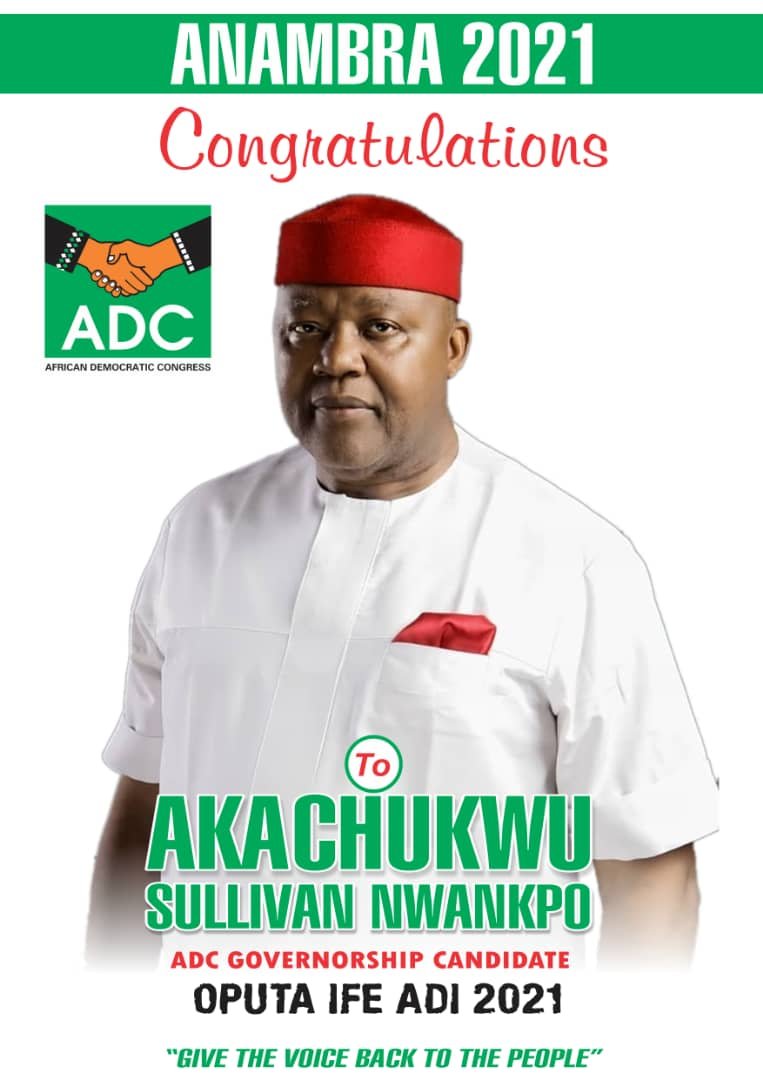 The ADC Anambra State Women Council held a think tank meeting yesterday, July 1st 2021, a day after the party’s highly successful party primaries which is still being talked about.

With the collaboration of the ADC Anambra State Women Leader, Mrs. Favour Onochie, the women who represented several Associations of Women across the 21 Local Government pledged their support to the ADC Candidate, Nze Akachukwu Nwankpo. They said they were tired of decades of failed promises by past and present administration, and are ready to vote for ADC during the gubernatorial election. They also promised to use their influences on their friends and family members.

ESN Commander: Nnamdi Kanu Ordered Us To Bury Ikonso With 2,000 Human Heads, But We Got Only 30

ESN Commander: Nnamdi Kanu Ordered Us To Bury Ikonso With 2,000 Human Heads, But We Got Only 30