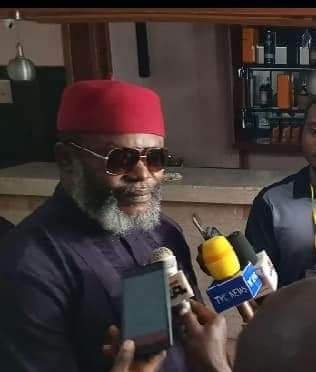 The forthcoming governorship election in Anambra will definately stage a revolutionary action, because ndi Anambra need their voice back. The people are tired of godfatherism politics, and will shutdown any party beclouded by godfatherism and politics of imposition.

Do not underestimate the potent nature of online media. Nowadays, even the traditional media depends largely on social media to push their stories. And I make bold to ask, when was the last time you visited newspapers stands, or even called a newspaper vendor?

We are no longer living in analogue mode, this is 21st century. You are nothing in the political space if you are not social media savvy. Even the old man in Aso rock has an iPhone. Do not be decieved, if your choice candidate is analogue in nature, he is going nowhere in this era of digital media revolution.

It is what it is, if you don’t understand how to navigate the social media to market your party and its candidate, meet the masters of the game, be humble and learn. Even when the social media influencers go offline, they are still opinion moulders on the streets. Both offline and online campaigns are sine qua non in the scheme of things.

There’s no way an electable candidate will not be popular in the media. You cannot isolate politics from the media, vice versa. Go offline, do you thing, come online and report it. Use social media to sway public opinions to your political benefits. Stop winking in the dark.