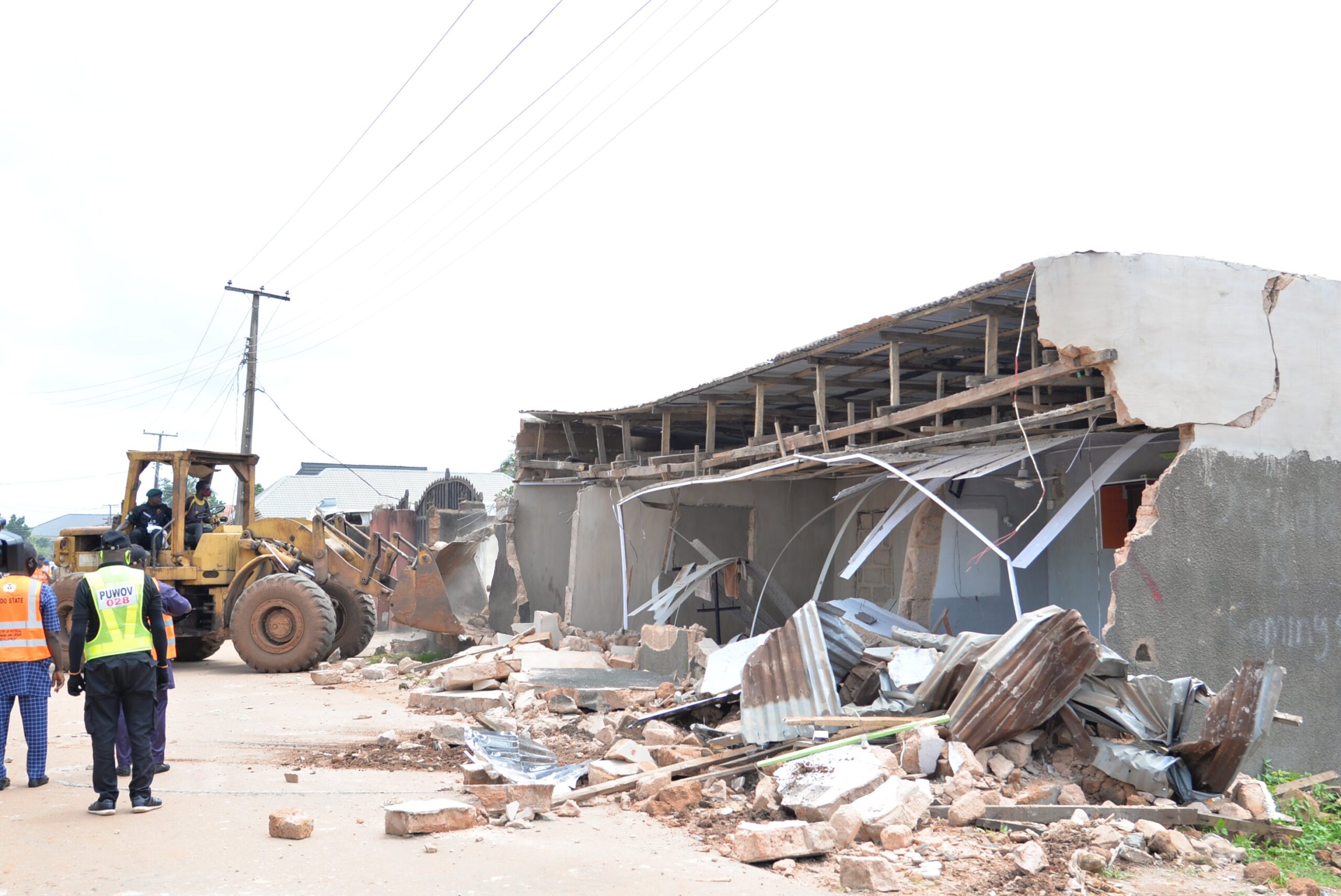 The Edo State Government, on Thursday, commenced another phase of demolition of illegal structures and eave extensions in parts of Benin Metropolis, in line with the government’s urban renewal drive.

The exercise focused on the demolition of eave extensions, mostly in business environments, in the Government Reservation Area (GRA).

Officials of the Edo State Ministry of Physical Planning and Urban Development began the exercise from the Ugbor axis of Benin City with the removal of illegal structures erected on the right of way.

Officials of the Ministry said the demolition followed the expiry of notices and warnings to the landlords and occupiers of the property.

The government bulldozers brought down the illegal structures around Limit Road and Osadebay Road, along Country Home Road, both at the Government Reservation Area, in Benin City.

Illegal developments on nearby Emmanuel Igodan and adjoining roads were also affected in the exercise, which is expected to continue in the days ahead.