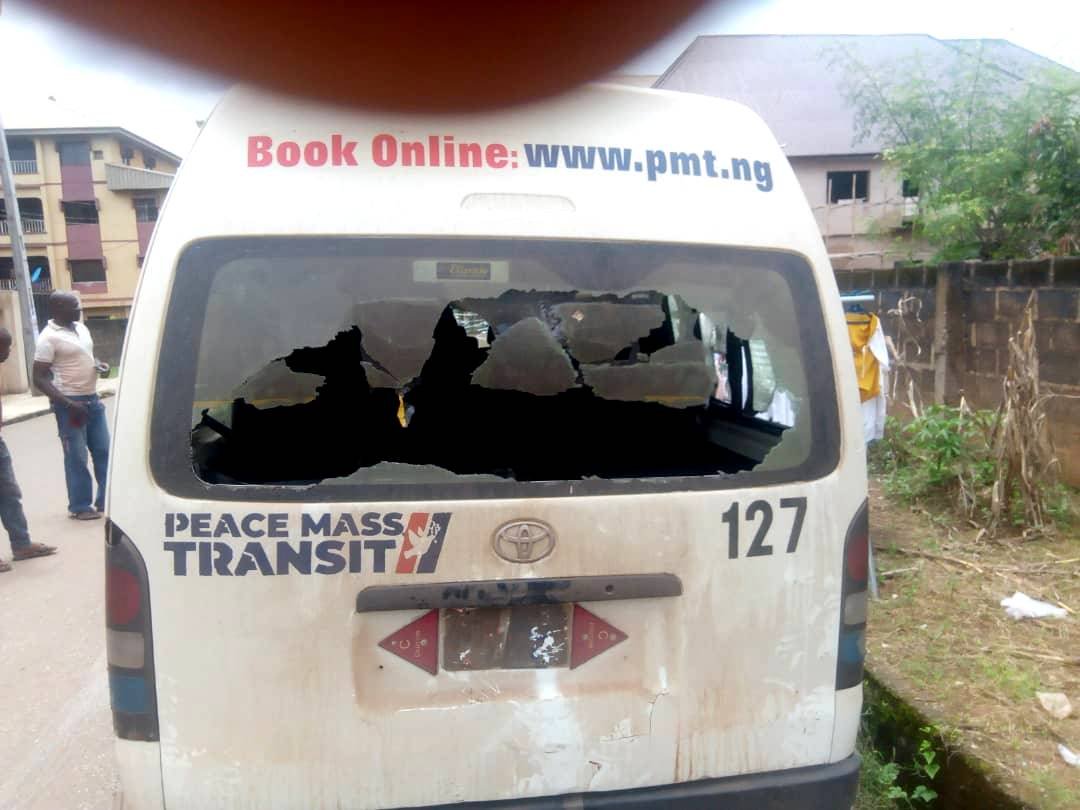 …Our staff, facilities, vehicles were attacked

Transport companies have reportedly withdrawn their services in all parts of Ebonyi State.

National Chairman of the Association of Mass Transit Operators (AMTO), Chief Gregory Inyaba, stated this after their emergency meeting, on Thursday, in Enugu, saying the sealing of parks in Abakaliki by the State Government has caused unprovoked attacks on staff, facilities and vehicles of transport firms by persons suspected to be agents working for the state.

The State Government, had on Tuesday, sealed shops belonging to transport companies, in Abakaliki.

A source close to the transporters stated that they were asked to relocate to a central park designated for them, but had refused to do so after the expiration of a six-month notice.

But the AMTO National Chairman, Inyaba, said the attacks were unprovoked, unwarranted and amounted to open hostility to business and investment, hence the boycott.

According to him, members of the Public Transport Owners Association of Nigeria were also part of the boycott decision.

According to Inyaba, “From tomorrow, Thursday, October 7, 2021, no commercial vehicle, shall go to Ebonyi or leave the state.

“Vehicles belonging to members, with passengers, from other states were similarly attacked on Wednesday as a result of this development.

“How can you attack vehicles coming into Ebonyi with passengers from other states?”

“It means we can’t bring in people in safety and comfort, and that is a declaration of hostility.

“We have directed members of all transport unions in other states of the country to note the directive to boycott Ebonyi State from Thursday and comply accordingly.

Contacted, the Commissioner for Capital City Development, in the state, Barr. Onyekachi Nwebonyi said the parks were sealed following refusal by the transport companies to move to the central park, designated by the state government for them.

According to Nwebonyi, the State Government had, since six months ago written to them to relocate to the general park, but all efforts to relocate them failed.

He added, “The intention of the state government is to reclaim the original master-plan of the capital city. There is no going back on the relocation of the parks.”