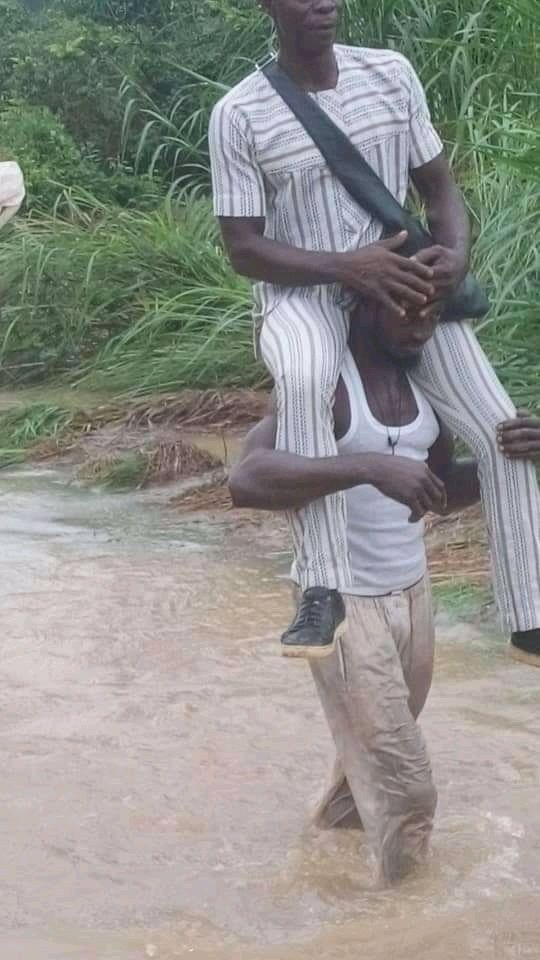 Nkanu-East Local Government Area of Enugu State is in the news again. Nkanu-East, which is one of the most undeveloped local government areas in Nigeria, has been in the news for a while now, as highlights of the suffering of its people has continued to be a thing of concern.

In the story below, Eziama community, in Amaechi-Idodo is one of the numerous roads that lack motorable roads. As such, their roads are either full of dust during the dry season, or flooded by the rains once its the rainy season.

The people have continually groaned in their suffering, calling on governments to come to their aide. The story below highlights the pitiable condition of Amaechi-Idodo, in Nkanu East of Enugu State: 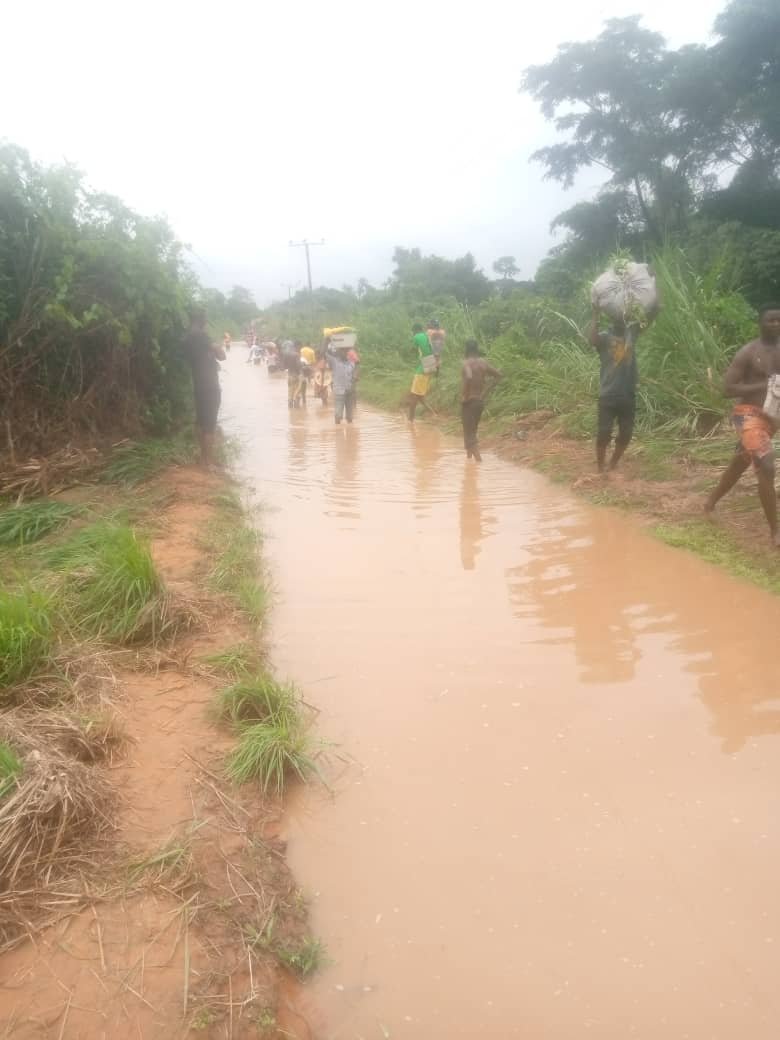 More than 5,000 people, men, women, and children have been cut off from the rest of the community due to the heavy rains that caused the Idodo river banks to overflow. The flooding damaged an estimated 4,000 hectares of farmland, destroying crops that are the community’s primary source of food. 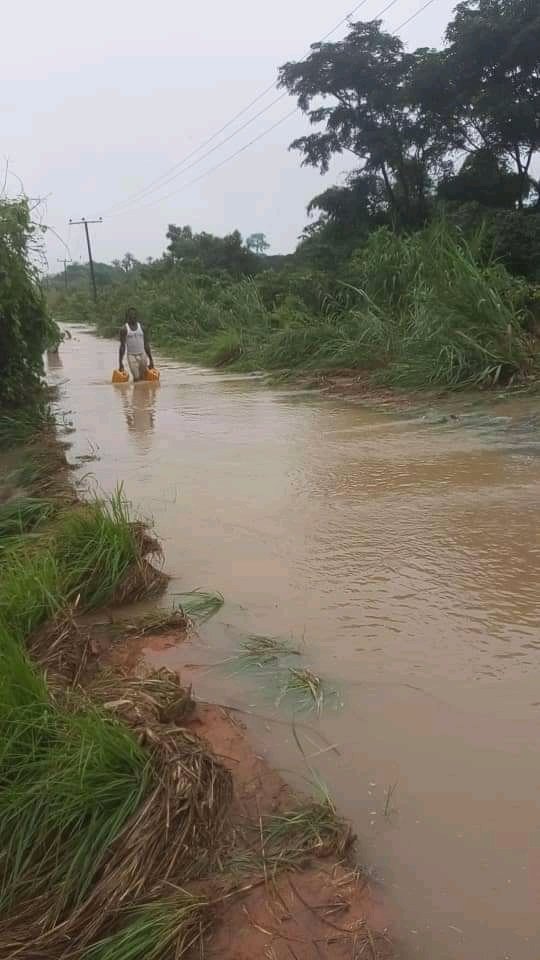 Crops and entire farmlands are devastated when the river floods, which happens frequently when it rains.
Residents of Eziama Amechi Idodo are effectively cut off from their relatives.

Teachers and students aren’t left out either. Students usually fall behind their peers in examinations that decide advancement to higher classes as was witnessed today. 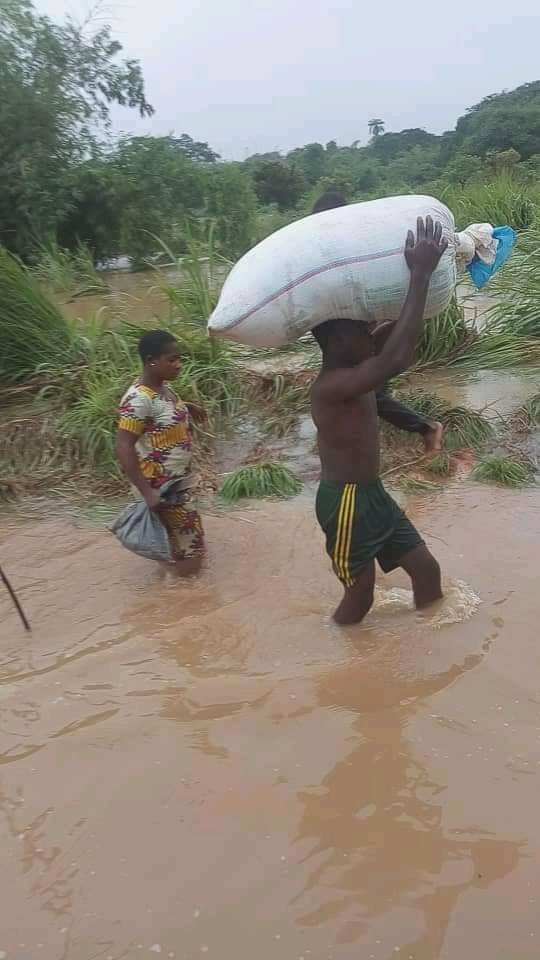 This has been the scenario for decades – a condition so deplorable that villagers traveling to the Afor market or out for any other reason have to enlist the help of young guys who are masters at swimming and enabling people to cross the river for a small fee.

Some residents of Eziama Amechi Idodo, Amagunze, and Iyonu communities, as well as motorists and motorcyclists plying the Amagunze-Amechi Idodo road, who spoke about the flooding, urged the Nkanu-East Local Government Chairman, Hon Engr Uchenna Nwobodo and the Enugu State Governor, His Excellency Dr. Ifeanyi Ugwuanyi (Gburu Gburu) to come to the aid of the people by constructing the Amechi Idodo – Amagunze road to reduce their suffering.