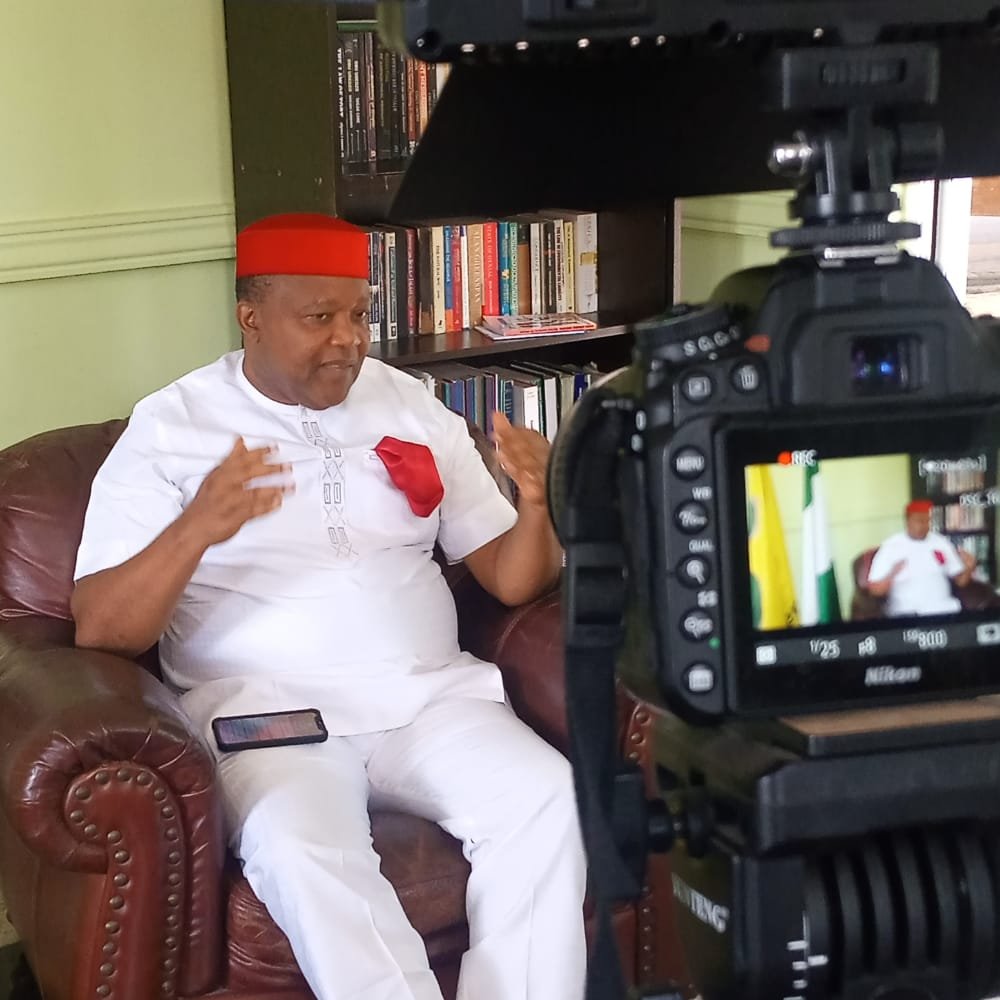 In this Media Interactive Session held at his country home in Okija, Anambra State, Nwankpo responds to questions, explaining why he is the best man for the job. Jungle Journalist Media Ltd was there.

What do you think gives you an edge over other APGA gubernatorial candidates?

I feel like I’m favoured. Beyond God’s favour is the experience. Right training was instrumental for the experience. Of all the aspirants in APGA, I’m a village guy who grew up in the village, mixing with the people for the past 3-4 years. Having mixed with the people, I have knowledge of real issues and on things bordering the people. I understand Anambra state, I understand the people and their needs. I understand the potential of Anambra state and also the works done by the governor and the party he represents. I have gained experience that came from working for various governments both at state and federal levels. I have gained the trainings at public sector and when you combine it with my 15 years experience at the private sector, you will see that I’m better placed than other aspirants. I have a sense of the people. We should understand that power is ephemeral and should be handled with humility. So, it is what we do that matters and not the excitement we get when we get there.

APGA primaries have been slated to hold on 23rd June, what is your reaction on the expression of interest and nomination form fee. Is it not expensive?

Well. It is within the culture of the party. APGA is a national party. It is not a party that is by the wayside. APGA is the only party that has national owned headquarter. So, If you look at other parties and what they have done, you will see that APGA is the best and it encourages you especially when you have something good you have to offer. Anambra is a very rich state with so many billionaires all over the place. Though this is not a state we came to buy, because it is a billionaire state, we should be able to come to the table with others. 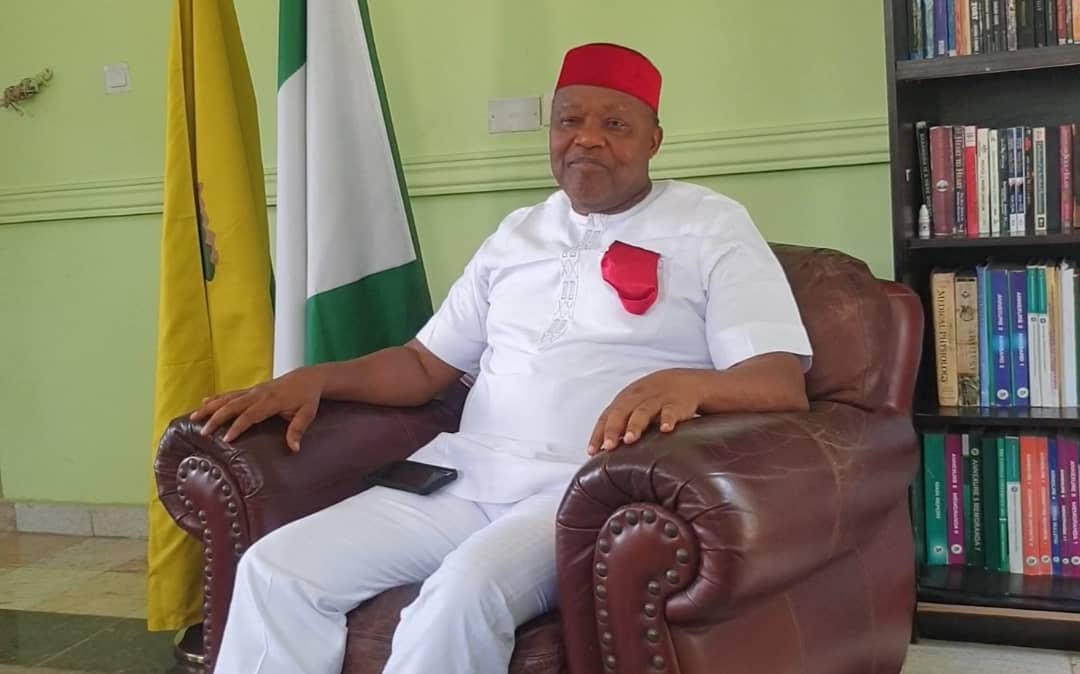 As APGA faithful, what contribution have you made towards the growth of APGA?

Also, what I have done is to connect myself back to that level and create fertile relationship with party faithfuls at the grassroot. I believe that I brought confidence to the party, the party faithfuls and increased their hope that when they elect a government, such government should be able to touch lives irrespective of location. The greatest thing I bring to APGA is a confidence in the party, a confidence in the grassroots and the belief that party is supreme. There are lots of people who come into this party and think that their brand is better and paste their names all over the place. 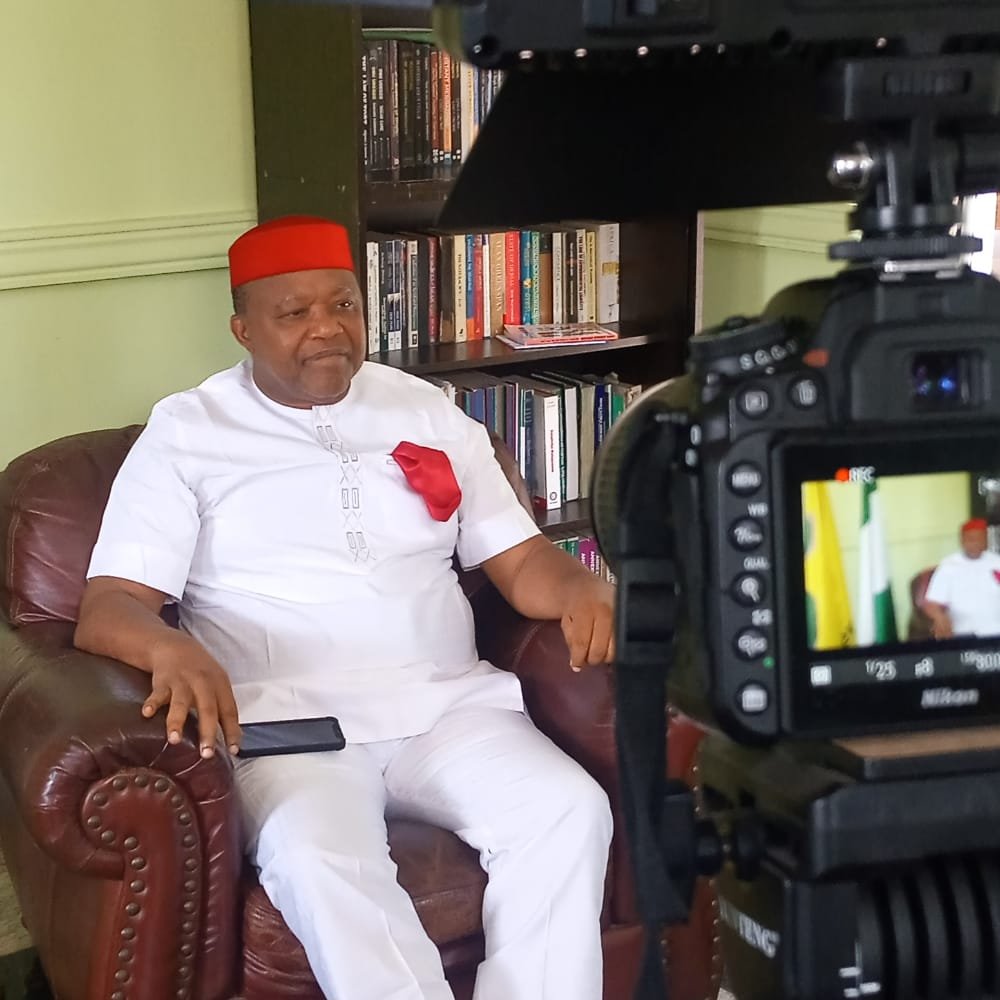 Your campaign slogan is “Anambra Families First”. What message are you trying to convey through that?

“Anambra Families First” is based on the principle that if you want to develop anybody, you develop the family because a transformed family creates a transformed neighborhood.

Transformed neighbourhoods create transformed cities. When you have transformed cities, neighborhood and family, you will have a transformed society. In our concept of ” Anambra Families first” we put family at the center of everything that the government is doing.
You ask yourself, this thing that I’m about to do, does it affect the family because it is on the family that is the most important and discreet unit of the society. If that adminstrative society dies, everything dies. In our concept, we are going to address four fundamental pillars.
The first area is the ability of the family to care for itself, second area is the ability of the family to produce or provide either goods and services. If you look across the world, all the businesses that have done well across the world are family businesses. Businesses that start with family, grow with family culture and stand to become a global brand or strength. It is very important for us to grow our families into specialities, into the things that they know how to run. So that families come with a product or service. Now, and when that happens, you will see that family tradition goes behind the brand and from generation to generation, they can grow. For me, we need to go back to promote family competency, family busineses, services and things that are branded round the family, then promote them to growth.

The next thing is peace, security, and organised living in any society comes from the family.
If a child is going to turn into drug addict or anything, it is when the family do not look at the child as he or she is evolving. So we need to help families to manage their children so that at any stage they can dictate to the society what problem that they are having with the child and can manage it within the framework of rule of law before it breaks down to a total out law in the system.

The last thing is partner for value drive in the society. A society is driven by certain structure of things. Those things are what we teach in education. Those values must be internalised in the family and then the family can then expand it as people grow into educational process that can achieve these structure of people. You now have people to go through six levels of interventions. The first one is education, health, enterprise promotion and there are so many things that come in to help the family to move forward. 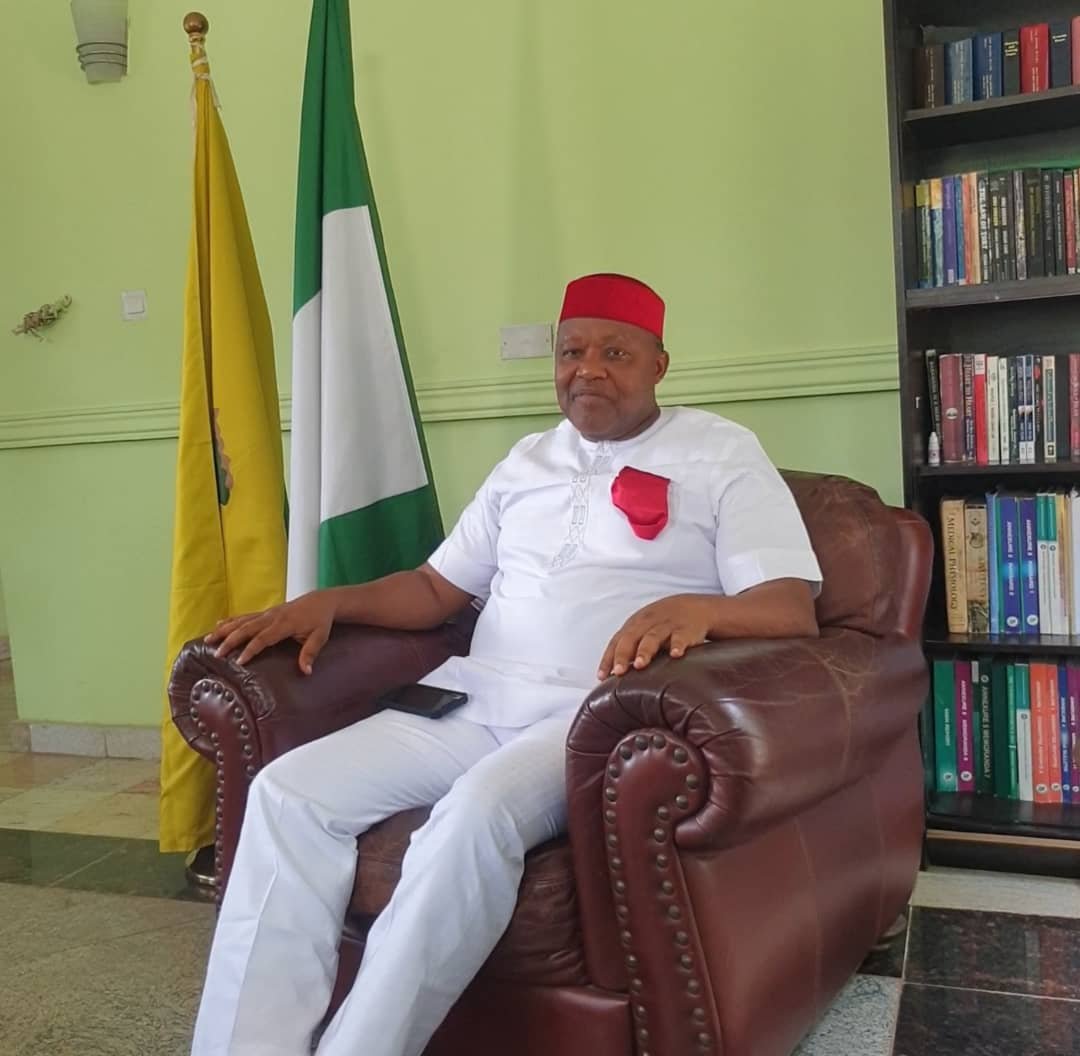 What are your major highpoints that we are to expect if elected as the next Governor of the state?

The most important thing that I will bring to ndi Anambra is people. Four things we would see are people, infrastructures and public utilities, administration and money. These are the four pillars that you will see. Under people, I will focus on improving people, health, welfare, education, security, anything that keeps the body and soul together. The government will pay specific and organised attention to it.
When you go to infrastructures, we have roads, water, bridges, drainages among others. All these organise to make the city functional, so that the state is liveable. You see that there are standard, regulated processes of delivering them.

Among the care for people, will be the most important thing. That is keeping people alive with two things, that is their health and then their security. When you come to deal with that especially security, there are three things that are important. The first one is armed criminals, unarmed criminals and then the corrupt.

We have water bodies that are not used, so we need to deal with that.
Then you go to adminstration, administration is for the modernised. When you have persons interfering with protocol, it is what brings collapse. So the more you remove people from interfering with regulations and processes, the more efficient it becomes. So we will modernise and reduce people from interfering in government.
Then you train people to run democracy once they are able to run democracy it becomes efficient.

The last part is money, how to get money into the system. Globally, domestic capital is the foundation of financing in any economy. Domestic capital involve savings, that is people’s savings and plugging those savings into the system in such a way that you can handle it within simple single digit protocol. So, I’m going to create a saving slum in Anambra state, that will contain every ndi Anambra from ages of 10 to save a minimum of #500 a month.

What is your message to Ndi Anambra?

Well, be bold. Ndi Anambra, we have a great state, be hopeful. God is on the throne. Keep praying and remember that when election comes, stop asking silly questions like “does he have money?”

Where do you see Anambra state in the next four years?

A recreated State having a functional road network involving four-dual carriage ways cutting across the three federal corridors Enugu to Onitsha then to Owerri then to Port Harcourt.

Anambra as a commercial center having Sustainable Power and a business friendly environment creating vast business opportunities and innovations meeting the demands of not only Africa but the world at large.

A state with a working value system traceable to the family which is an integral part of the society.

A society where parents are at the fore front in peace and conflict resolutions knowing that miscreants are also family members.

Also having parents which can comfortably meet the needs of the family without being dependent on other families.