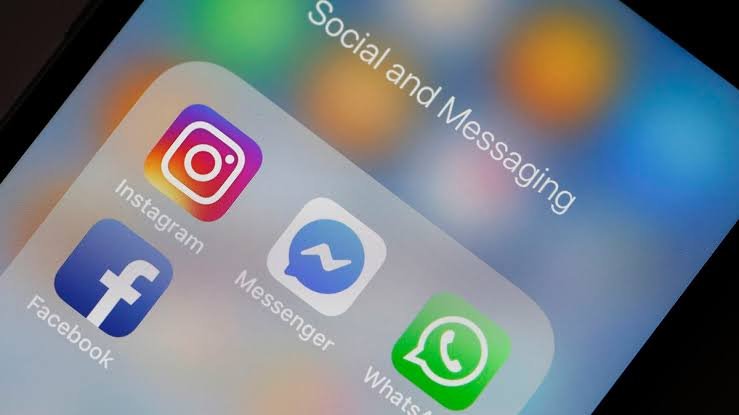 Facebook Inc has said it is working to restore access to its social media platforms, including photo-sharing platform Instagram and messaging app WhatsApp, after an apparent global outage.

The platforms were down for tens of thousands of users on Monday, according to outage tracking website Downdetector.com.

The website was showing outages in heavily populated areas like Washington, DC, and Paris, with problems being reported from about 15:45 GMT.

“We’re aware that some people are having trouble accessing our apps and products,” Facebook said on Twitter. “We’re working to get things back to normal as quickly as possible, and we apologize for any inconvenience.”


Kidnappers who lure victims through Facebook arrested in Enugu, 3 rescued

We’re aware that some people are having trouble accessing our apps and products. We’re working to get things back to normal as quickly as possible, and we apologize for any inconvenience.

Al Jazeera could not independently confirm what was affecting the platforms, while Facebook did not immediately respond to requests for comment from the Reuters and AFP news agencies on the outage.

WhatsApp was down for more than 35,000 users, Reuters reported on Monday afternoon, and Facebook Messenger was also down for nearly 9,800 users.

Al Jazeera’s Alan Fisher, reporting from Washington, DC, said users in the US, Europe, Africa and the Middle East have reported outages.

“This seems like a global outage, and it’s already gone on a lot longer than the 2019 shutdown which lasted for about an hour, which was caused by technical problems, according to WhatsApp then,” Fisher said. “This is obviously very concerning,” he added.

The error message appearing on Facebook.com throughout the day read: “Sorry, something went wrong. We’re working on it and we’ll get it fixed as soon as we can.”

Downdetector, which only tracks outages by collating status reports from a series of sources, including user-submitted errors on its platform, showed there were more than 50,000 incidents of people reporting issues with Facebook and Instagram.

Ian Sherr, editor-at-large at CNET, told Al Jazeera that judging by early reporting and the error messages users received on Monday, it appears most likely that “something is configured incorrectly”.

“My bet is that someone pushed a button wrong, or a cord got unplugged, which seems very minor but the reality is that we’ve seen these things before where suddenly something is configured incorrectly and entire swaths of the internet are not available,” Sherr said.

The outage comes as Facebook is facing mounting pressure in the US, after a leaked internal investigation showed the social media giant was aware of how its Instagram app harmed the mental health of teenagers.

In a series of articles, the Wall Street Journal (WSJ) newspaper reported that Facebook knew its Instagram platform caused some teenagers, girls in particular, to feel bad about their self-image. The company has rejected the reports as a distortion of the probe’s findings.

“We care deeply about the safety and security of the people on our platform,” Facebook’s Head of Global Security, Antigone Davis, said during a Senate subcommittee hearing last week. “We have put in place multiple protections to create safe and age-appropriate experiences for people between the ages of 13 and 17.”

On Tuesday, former Facebook employee Frances Haugen will testify at another hearing of the Senate Commerce subcommittee about Facebook and Instagram’s impacts on young users.

Democratic Senator Richard Blumenthal, chair of the subcommittee, said the testimony is “critical to understanding what Facebook knew about its platforms’ toxic effects on young users, when they knew it, and what they did about it”.

Last week, Instagram announced it was pausing plans to launch a platform for children, saying the move aimed to give the company “time to work with parents, experts, policymakers and regulators, to listen to their concerns, and to demonstrate the value and importance of this project for younger teens online today”.