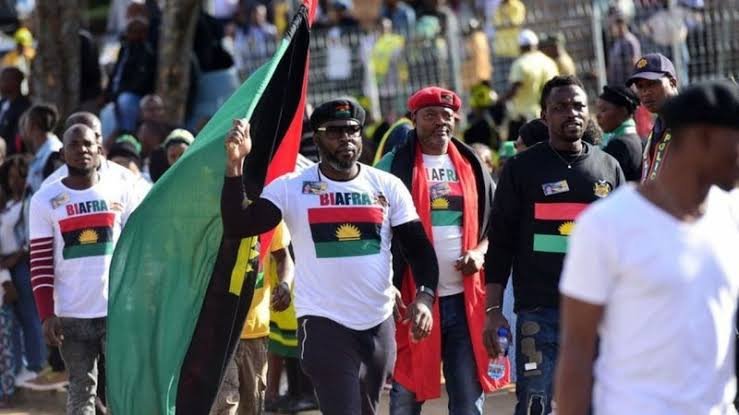 The Indigenous People of Biafra, IPOB, has stated that if its leader, Mazi Nnamdi Kanu is not produced in court on October 21, it would declare a one-month sit-at-home.

The group also urged Oduduwa Republic agitators, their Middle Belt counterpart and Christians in the North to join its members in shutting down Nigeria for one month if the Federal Government fails to bring Kanu to court on October 21.

The group also told Igbos living in other regions to shut down their businesses for one month.

Kanu is held by the Department of State Services, DSS, following his rearrest in Kenya.

During his last arraignment before Justice Binta Nyako-led Federal High Court in Abuja, the DSS had failed to produce Kanu, causing Justice Nyako to adjourn the matter.

“Following our earlier declaration of one month lockdown of Biafra land should the Nigeria Government failed to bring our leader, Mazi Nnamdi Kanu to the court on October 21, we the global family of the Indigenous People of Biafra (IPOB), request our brothers and sisters in Oduduwa republic and Middle Belt including Igbo and Biafra businessmen and women, traders who are doing businesses outside Biafra land to shut down their businesses for one month to demonstrate our resolve for the emergence of our new nation Biafra and support for our leader, Mazi Nnamdi Kanu, and others who are facing similar fate with us should join us in sympathy protest.

“All lovers of Biafra including Christian communities in the North and other parts of Nigeria, who receive unnecessary humiliation, intimidation and killings from Fulani terrorists, bandits and murderous herdsmen should understand that the time has come for all victims of Fulani impunity and atrocities to unite together for resistance.

“We need to put our differences behind us and rise as one people to defend our ancestral land against our common enemy and show those enemies and their cohorts that Nigeria belongs to all of us and any Biafra man resident in Kano, Kaduna, Jos, Jigawa, and other parts of the North and western parts of Nigeria must shut down their shops in support of this fight for freedom and release of our leader, Mazi Nnamdi Kanu.

“We advise all oppressed people in Nigeria to be prepared for the one month sit-at-home if the federal government of Nigeria and the Department of State Services, DSS, fail to produce Nnamdi Kanu in court on the next court adjourned date.”