Gov. Ugwuanyi calls for designation of Enugu as oil-producing state 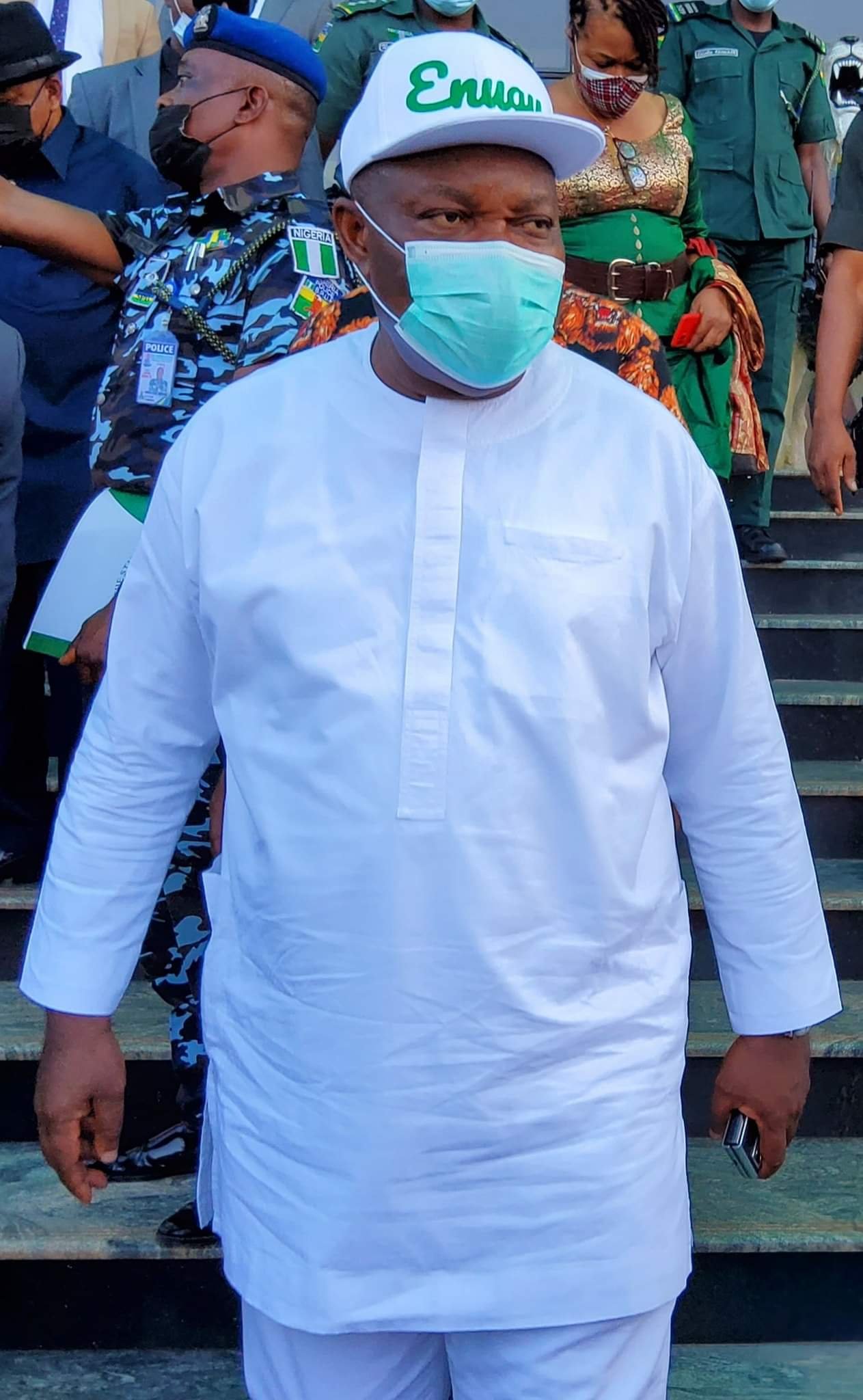 Governor Ifeanyi Ugwuanyi of Enugu State has requested the leadership of the Revenue Mobilization, Allocation and Fiscal Commission (RMAFC) to expedite action on the process of formally designating Enugu as an oil-bearing state in the country.

Gov. Ugwuanyi made the request when he received Commissioners and top management team of RMAFC led by the Chairman, Indices and Disbursement Committee, Chris A. Akomas, who paid him a courtesy visit at the Government House, Enugu, on Monday.

The delegation from RMAFC is in Enugu for an interactive session with members of the Enugu State Executive Council (EXCO), 17 Local Government Chairmen and other stakeholders in line with the Commission’s ongoing nationwide sensitization tour of the 36 states and the Federal Capital Territory (FCT) on the review of the existing Revenue Allocation Formula in the spirit of equity, justice and fairness.

Speaking, Gov. Ugwuanyi represented by his Deputy, Hon. Mrs. Cecilia Ezeilo, stated that the request for designation of Enugu as an oil-bearing state became imperative because of the volume of crude oil being harvested from its territory.

The governor drew the attention of RMAFC to the fact that “Enugu is about the only state in Nigeria which produces crude oil in commercial quantities without being formally accorded the status of an oil-bearing state”.

He pointed out that “years of oil exploration in the Enugu/Anambra/Kogi states joint border corridor have resulted in the successful exploitation of crude oil in the area which includes a large part of Enugu State’s territory”, stressing: “On a desirable allocation formula for the country, Enugu State government, after considering all the relevant factors and parameters, is proposing 50-50 to the three states”.

Gov. Ugwuanyi maintained that Enugu has continued to be the political capital and socio-cultural melting pot of the old Eastern Region of Nigeria “now carved into nine states”, stating that the South East geo-political zone is disadvantaged in terms of infrastructure.

While welcoming the team to Enugu, the governor described the nationwide sensitization and consultative engagement as timely and in conformity with changing realities, expressing delight that “RMAFC is laying the good foundations for considering the longstanding agitations of many Nigerians who have been asking for the use of the revenue allocation template to address and fulfill the collective aspirations of Nigerians for real and sustainable development”.

The governor therefore commended RMAFC for its gallant and selfless decision in embarking on the exercise of full scale engagement of the representatives of various stakeholders and the people of Nigeria to enthrone a generally acceptable revenue sharing formula that would meet the yearnings and expectations of the nation’s three tiers of government in the overall interest of the citizenry.

“There is no doubt that the revenue allocation formula currently in use does not reflect the realities of the times and cannot be appropriate for Nigeria as well all seek to concretely move towards a proper federating state where the centre and the federating units have constitutionally-assigned spheres, powers and responsibilities.

“As a constitutionally-independent federation executive body, RMAFC is supposed to be a commission operating on behalf of all the federating units and component parts of the federation.

“The reality today in Nigeria is that state governments are overburdened with lots of responsibilities that need funding. As the tiers of government nearest to the people, the state and local governments bear the main crux of development of the nation.

“Issues of security, healthcare, education, agriculture and food production, social welfare and infrastructural development place enormous burdens on the shoulders of our subnational governments; and this revenue allocation formula review exercise needs to recognize the funding needs of these responsibilities”, the governor added.

In his address, the leader of the team, Akomas revealed that the subsisting revenue allocation formula in Nigeria was last reviewed 29 years ago, pointing out that the need for its review is imperative to ensure equity, fairness and justice.

Also in her remark, the Enugu State Commissioner for Finance and Economic Development, Mrs. Ada Onah Uyanwune, explained that the nationwide sensitization tour of RMAFC on the review of the revenue allocation formula will also ensure equity and fairness in the distribution of the nation’s resources across the 36 states and the FCT.

Dignitaries at the event include the Speaker of Enugu State House of Assembly represented by the Deputy Speaker, Rt. Hon. Uche Ugwu, the Acting Chief Judge of the State, Hon. Justice Afojulu Raymond Ozoemena, the Secretary to the State Government, Prof. Simon Uchenna Ortuanya, the Deputy Chief of Staff to the Governor, Prof. Malachy Okwueze and the Commissioner for Budget and Planning, Dr. David Ugwunta.