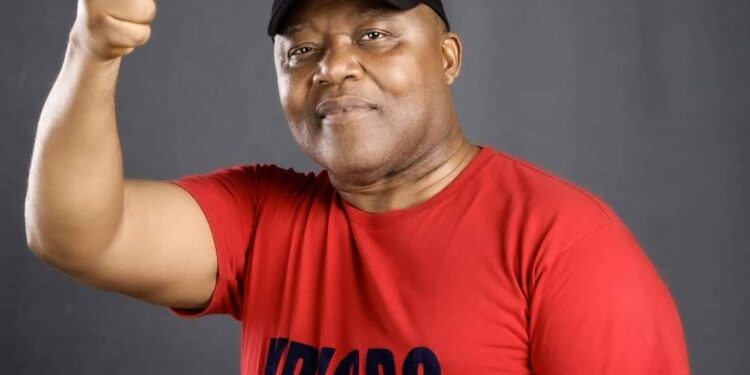 It’s a few more weeks now before the much anticipated APGA Primary Election. The political atmosphere in Anambra is charged, and so are those who form the core components of the ruling All Progressives Grand Alliance (APGA). The signature of the political gladiators are stamped everywhere one turned, and the drivers of the bandwagons are kitted to the hilt and driving the process, from the grassroots to the city centres.
Akachukwu Sullivan Nwankpo, the highly celebrated governorship aspirant who is contesting on the platform of All Progressives Grand Alliance APGA has been in forefront of driving the bandwagon at the grassroots and pulling the electorate along as he goes.

At the last count, he has received over two thousand of APGA members who are aggressively mobilizing, canvassing and recruiting new converts to the APGA. These are men and women who are seeking for a change in the forthcoming governorship primary election. They are speaking in one strong voice that the era of godfatherism has come to a full stop. They are championing the nobel cause that will rebirth and reberth the new APGA of our dream. A party rooted in love for the survival of the poor, the downtrodden. The final arbiter of hope for a determined people whose dream and aspiration for a better life have come to reality.

The major mission of the Nze Nwankpo’s governorship project is to restore the political ideologies of the founding fathers of the APGA. The spirit of brotherhood, and the ending love for developmental governance. The projection, promotion, and defense of the socioeconomic rights, privileges, safety, welfare and wellbeing of ndi Anambra. Nwankpo, the APGA new face of hope cannot afford to let the party members and leadership face unsavory news at the forthcoming guber polls. The APGA party will not die, God forbids.

The political awareness now in our Anambra is very high, compared to those old days when awareness was on a low ebb. Now even those you would ordinarily assume would not have interest in politics or leadership among ndi Anambra are now becoming fully keen on knowing what is transpiring in the political terrain and that is without being politicians themselves. The level of participation now is really quite commendable, the rate at which people are showing keen interest and supporting Nwankpo’s mission to Agu Awka the seat of power is also quite encouraging. Now even the under aged are aware that there is something; a momentum that spreads like wildfire. They have all one thing in common “the fight to safe APGA”.

The core APGA members have risen in one voice to break the shackles off their feats. They are determined and resolute, the APGA must not die. They are ready to protect the party’s pride of place in the hearts of ndi Anambra. They have reasoned that never again will a greedy set of people use the party as a meal ticket and dump the members to suffer untoward consequences.The controversial era of exchanging members brains with a pot of ofe ogbono soup has ended.

The APGA of today is different from the old. There is a breathtaking change sweeping round the state. The democratic principles which guarantees a successful electioneering processes are rightly in place. Never again will one man sit in his comfort zone and order people around like cattles without shepherds. Nwankpo’s coming has really redefined the game, he has restored dignity of party members, even the lost voice can now be heard loud and clear in all the APGA platforms. Party supremacy remains his campaign mantra. Nwankpo believes that no individual is bigger than the party, and everyone is important. Nwankpo is the best gift to the party, positioned to safe APGA from the hands of those who have plotted to kill the party and runaway.

Akachukwu Nwankpo “Oputa Ife adi”, the core APGA members and stakeholders are working for your resounding victory, and will boldly defend your mandate. They have elected to support you to lead ndi Anambra to eldorado.