How we can easily kill corruption in Nigeria, PART 2 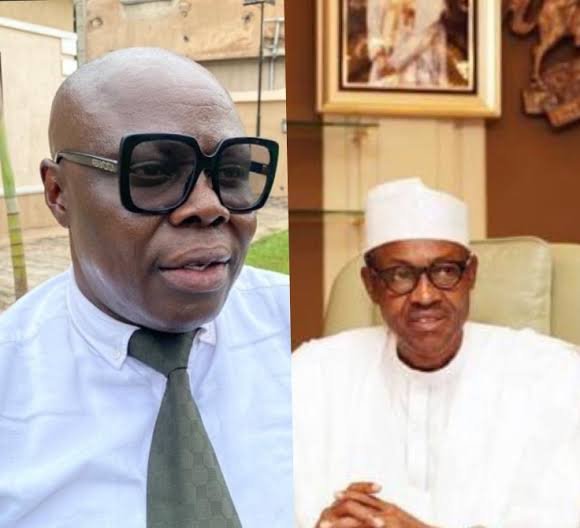 Today, we shall go further on how corruption can be killed permanently in Nigeria. In PART 1 of this write up, we gave a brief overview of the history of corruption in the Nigerian system.

After the Buhari administration of 1983 – 1985, General Ibrahim Babangida (IBB) became the Head of State. Although Babangida played a major role in national development, his administration was also largely responsible for making corruption almost legally acceptable in Nigeria corruption.

He refused to give an account of the Gulf War windfall, estimated to be $12.4 billion.

IBB routinely disbursed vehicles and cash gifts to people to earn loyalty, and the discipline of the military force eroded.

“IBB Boys” were business fronts used by the president to run dirty deals. As a matter of fact, IBB’s administration has been accused of drug dealing and money laundering. 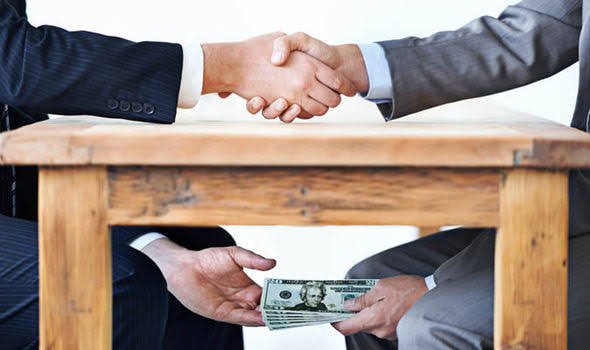 From banking to oil and import licenses, IBB used these favors to raise cash for himself and his family and is regarded as one of the richest ex-rulers of Nigeria supposedly with significant investment in Globacom, one of the largest telecom operators in Nigeria, regarded as a front for his empire.

Investigations of bribes paid to government officials to ease the award of a gas plant construction in Nigeria revealed the level of official graft in the country. The investigations led to the freezing of accounts containing about $100 million United States dollars.

In 2000, after his death, Swiss banks were indicted for allowing Abacha’s family and friends access to his accounts and to deposit up to $600 million US dollars. Same year, more than $1 billion US dollars were found in various accounts throughout Europe, all linked to Abacha.

Despite focusing on transiting the country quickly to democracy, there are suspicions remains that the Abdulsalami Abubakar administration carted away quite a huge amount of wealth before he left office.

His exquisite mansion, adjacent IBB’s exceeds whatever he might have earned in legitimate income. Indeed, the major Halliburton scandal implicated his administration, and this might have financed his opulence.

Obasanjo became president in1999 and left power in 2007, but various corruption scandals broke out under his presidency, including one of the international dimensions when his vice president, Alhaji Atiku Abubakar was caught in cahoots with a US Congressman stashing cold hard cash (literally) in freezers.

In addition to this, the KBR and Siemens bribery scandals broke out under his administration, which was investigated by the FBI and led to international indictments indicating high-level corruption in his administration. According to reports, “while Nigeria dithered, the United States Department of Justice on January 18, 2012, announced that a Japanese construction firm, Marubeni Corporation, agreed to pay a $54.6 million criminal penalty for allegedly bribing officials of the Nigerian government to facilitate the award of the $6 billion liquefied natural gas contract in Bonny, Nigeria to a multinational consortium, TSKJ”. They paid bribes to Nigerian government officials between 1995 and 2004.

Obasanjo’s labour minister Hussaini Akwanga for taking bribes to approve a major government contract to French electronics group, he also sacked and handed over the Inspector General of Police Mr Tafa Balogun to the EFCC on grounds of corruption to the tune of 5.7 billion.

Obasanjo was able to extend his anti corruption watch dog by arresting some of his ministers, and even a governor that were caught in bribery and corruption scandals.

Some corruption issues on his neck included the Transcorp shares scandal that violated the code of conduct standards for public officers, presidential library donations at the eve of his exit from the power that pressured associates to donate.

Obasanjo was also said to widely lobby for his failed campaign to alter the constitution to get a third term by actively bribing the legislators, further deepening corruption at the highest levels.

Umaru Musa Yar’Adua administration, 2007-2010: Yaradua’s ascent and time in office were short, although a fair number of corruption scandals from previous administrations came to light under his tenure and went uninvestigated due to lack of political will and poor health.

Yaradua’s various acts of political corruption using his attorney-general to frustrate ongoing local and international investigations of his powerful friends like Governors James Ibori, Lucky Igbinnedion, and Peter Odili which led to massive losses to their states.

Attorney General of the Federation, Michael Aondakaa was unable to obtain a conviction in Nigeria even as the UK and foreign courts successfully tried Nigeria’s deeply corrupt governors from the Obasanjo era that helped Yaradua emerge as president. In addition, Wikileaks revealed that the Supreme Court Justices were bribed to legitimize the corrupt elections that saw to his emergence as president through massive rigging.

Wikileaks documents also revealed the staying power of corruption under Yaradua, with illegal payments from NNPC to presidents continuing unabated.

Goodluck Jonathan, 2010–2015: Nigeria corruption rating by TI improved from 143rd to the 136th position in 2014. In late 2013, Nigeria’s then Central Bank governor Sanusi Lamido Sanusi informed President Goodluck Jonathan that the state oil company, NNPC, had failed to remit US$20 billion in oil revenues owed to the state. Jonathan, however, dismissed the claim and replaced Sanusi for his mismanagement of the central bank’s budget. A Senate committee also found Sanusi’s account to be lacking in substance.

After the conclusion of the NNPC’s account audit, it was announced in January 2015 that NNPC’s non-remitted revenue is actually US$1.48 billion, which it needs to refund to the government. Upon the release of both the PwC and Deloitte report by the government at the eve of its exit, it was however determined that truly close to $20 billion was indeed missing or misappropriated or spent without appropriation.

In addition to these, the government of Goodluck Jonathan had several running scandals including the BMW purchase by his Aviation Minister, to the tune of N255 million naira and security contracts to militants in the Niger Delta, massive corruption and kickbacks in the Ministry of Petroleum, the Malabu Oil International scandal, and several scandals involving the Petroleum Ministry. In the dying days of Goodluck Jonathan’s administration, the Central Bank scandal of cash tripping of mutilated notes also broke out, where it was revealed that in a four-day period, 8 billion naira was stolen directly by low-level workers in the CBN. This revelation excluded a crime that is suspected to have gone on for years and went undetected until revealed by a whistle-blower. The Central Bank claims the heist undermined its monetary policy. In 2014, UNODC began an initiative to help combat corruption in Nigeria.

The presidency of Muhammadu Buhari has seen major action against corruption in Nigeria. In 2016, the Senate ad hoc committee on “mounting humanitarian crisis in the North East” led by Senator Shehu Sani indicted the then secretary to the Government of the Federation appointed by Muhammadu Buhari, Mr. Babachir Lawal in a N200 million contract scandal for the clearing of “invasive plant species” in Yobe State by Rholavision Nigeria Limited; a company he owns.[80]

On October 30, 2017, President Buhari sacked Lawal based on the report of a three-man panel led by Vice-President Yemi Osinbajo that investigated him and one other.

In 2016, Buhari was reportedly presented evidence that his chief of staff, Abba Kyari, took N500 million naira bribe from MTN to help it slash the $5 Billion dollar fine slammed against it for violation of Nigeria telecommunications regulations bothering on national security. MTN fired the staff involved in the bribery scandal, but Abba Kyari was left intact in his position as chief of staff to national outrage forcing Buhari to announce the probe of Kyari. The findings of the investigation was never made public.

Abdulrasheed Maina was the head of the task force on pension reforms during the President Goodluck Jonathan-led administration but fled Nigeria in 2015 after claims that he embezzled two billion naira ($5.6 million, 4.8 million euros). Despite the fact that an Interpol arrest warrant was issued, he still managed to return to Nigeria, where he was said to have enjoyed protection from the Buhari government. Maina had been fired from his position by Goodluck Jonathan’s administration and was put under investigation for corrupt practices but was reinstated and given double promotion by Buhari administration.

According to the senate through its committee on public accounts, 85 government parastatals under the present government under the leadership of Muhammadu Buhari are yet to submit their audit reports since the inception of this government.

The flag bearer of the corruption fight in Nigeria, the EFCC has responded to the senate committee on public account’s claim on the nonsubmission of her account report by the institution and 84 others. The Economic and financial crimes commission denied the report issued by the committee claiming it was not true.

Despite criticism, the EFCC announced in May 2018, that 603 Nigerian figures had been convicted on corruption charges since Buhari took office in 2015. The EFCC also announced that for the first time in Nigeria’s history, judges and top military officers including retired service chiefs are being prosecuted for corruption.

In December 2019, the country’s controversial ex-Attorney General Mohammed Adoke, who was accused of being bribed to grant oil licenses to Shell, was extradited back to Nigeria from Dubai and was immediately arrested. In January 2020, however, Transparency International’s Corruption Perception Index (CPI) still gave Nigeria a low ranking of 146 out of 180 countries surveyed.

By October 2020, however, End SARS protestors alleged that Nigerian police officers, despite being employed by what has long been perceived as being the most corruption institution in Nigeria, were no longer paid adequately and, despite calling out police brutality, called for an increase in police salaries as one of their five demands.