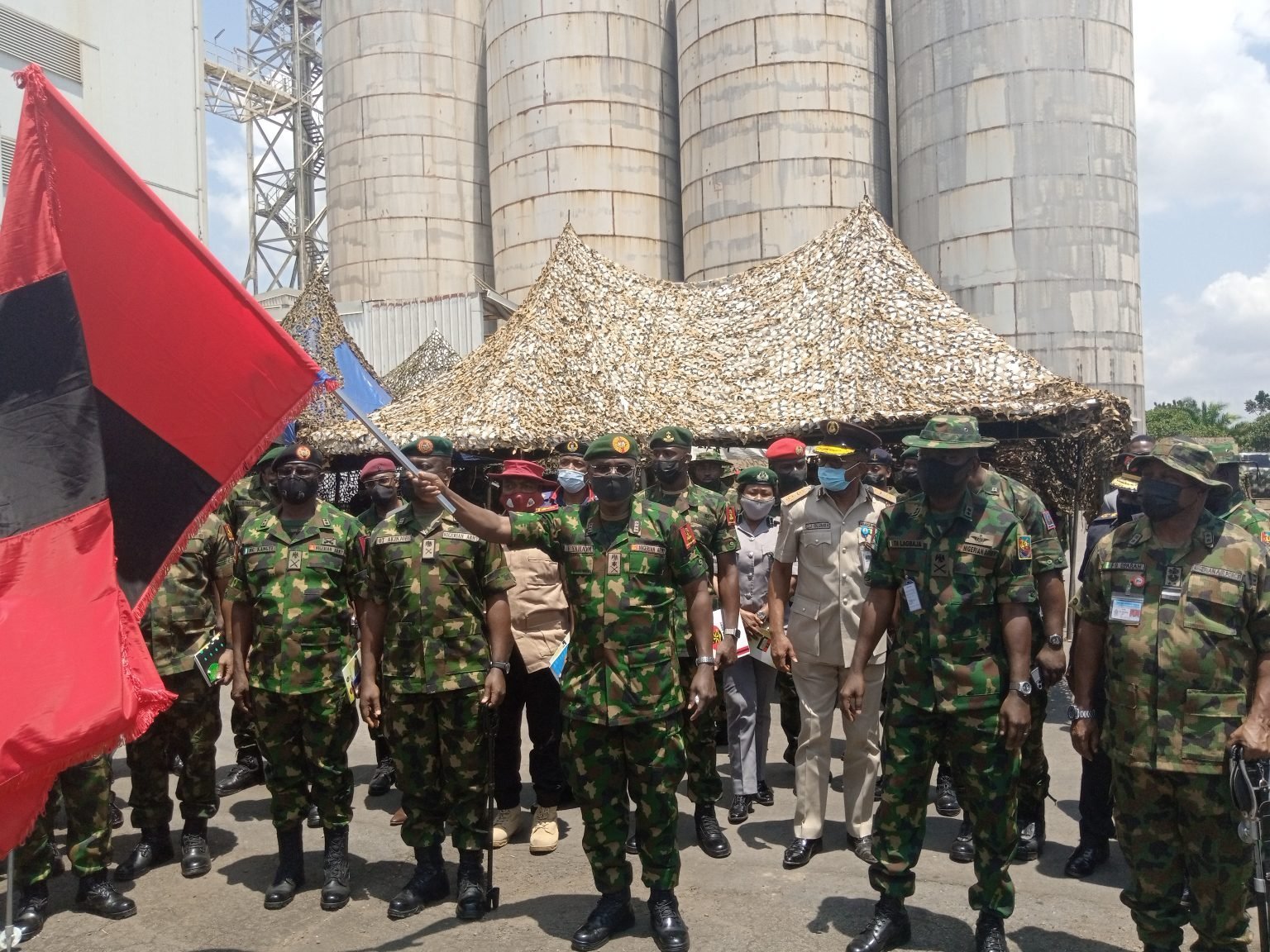 In view of the rising security challenges in the South-East zone, the Nigerian Army, on Monday flagged-off ‘Exercise Golden Dawn’.

The new military operation was flagged-off by the Chief of Army Staff, COAS, Lt. Gen. Farouk Yahaya, who was on a visit to the 82 Division of the Nigerian Army, Enugu.

The Army Chief said similar exercises took off simultaneously in other zones of the country, noting that they were borne out of the need to combat emerging security challenges.

He said while Exercise Golden Dawn is for the South-East, South-South and parts of South West will experience Exercise Still Waters, while parts of the North Central and the FCT, will have Exercise Enduring Peace.

He said, “In this regard, Exercise Still Waters will be conducted in Akwa Ibom, Bayelsa, Edo, Cross River, Delta, River and Lagos States, while exercise dawn will hold in Abia, Ebonyi, Anambra, Enugu and Imo States.

“Exercise Enduring Peace will be conducted in Kogi, Benue and Nasarawa States, as well as the Federal Capital Territory,” he disclosed.

“Exercise Still Water is designed check-mate incidents of piracy, bunkering, pipeline vandalism, militancy among others in South-South and South-West

“Exercise Golden Dawn will checkmate the menace kidnapping, attack on government structures and security agencies, assassinations, among others in the South-East.

“Similarly, Exercise Enduring Peace will stem the tide of kidnapping, farmer/herdsmen conflict, checkmate influx of migrant terrorists and all other issues in the North Central geopolitical zones.

He further stated that the exercise, which would metamorphose into real operation would witness collaboration with other security agencies in exchange of ideas and intelligence.

“It will be conducted in collaboration with sister security agencies, including the police, Department of State Services, Air Force, Immigration, NDLEA, NSCDC, FRSC, Fire Service, as well as other stakeholders that will support the exercise,” he added.

In an interview with journalists after flagging-off the exercise, Yahaya said Enugu and indeed the South-East was chosen for the flag-off of the exercise in view of the emerging security challenges in the zone, as well as the forthcoming Anambra State governorship election.

“You also know that we have election coming in Anambra State very soon; we are sending a message to all those causing problems that they must allow the democratic processes to take place. We will not tolerate any act that will violate the constitution of the Federal Republic of Nigeria, which gives us mandate to defend civil authority, and that is why we are here.

“We have brought sister agencies, we will synergize and we will have result,” he assured.

Earlier in his address of welcome, the General Officer Commanding 82 Division of the Nigerian Army, Major General T.A. Lagbaja said the exercise would bring an end to the activities of unknown gunmen in the South-East zone.

The GOC said “criminal elements in the region, particularly those who operate as unknown gunmen, especially in Anambra, Ebonyi and Imo States, are therefore warned, in their own interest, to desist from their nefarious activities and surrender all the illegally acquired weapons and ammunitions forthwith or be met with appropriate action by own troops.”

He said the exercise would also boost civil/military relationship through medical outreach to communities, construction of bore-holes and bridges, among others.

OPINION: Forex woes and the many “sins” of Godwin Emefiele, by John Atte