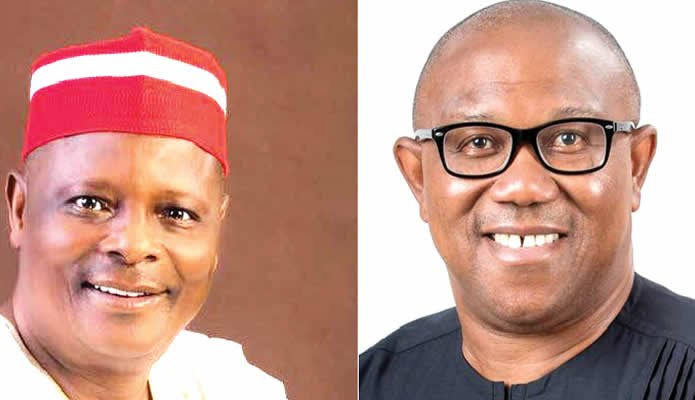 The 2023 presidential election may go into a runoff with the emergence of Labour Party presidential candidate, Peter Obi, and candidate of the New Nigeria People’s Party, Rabiu Kwankwaso, a delegation of United States-based  National Democratic Institute and International Republican Institute, said on Friday.

According to them, the 2023 elections would be a departure from some of the political dynamics that defined previous polls in Nigeria.

The delegation of the NDI/IRI which visited Nigeria from July 13-22 and led by Secretary of State for Ohio, Frank LaRose, stated these while presenting its first joint pre-elections assessment statement to journalists in Abuja.

The institutes, which described Obi and Kwankwaso as a viable “third forces”, said their emergence as presidential candidates for the 2023 elections has excited many young Nigerians.

They said that “if a third party draws sufficient support, a runoff presidential election could be a real possibility for the first time since the transition to democracy, adding complexity to the 2023 elections.”

While maintaining that the 2023 elections present a significant opportunity to consolidate Nigeria’s democracy, the organisations observed that the 2022 Electoral Act enjoys a wide stakeholder support and has elevated public confidence in the commitment of the Independent National Electoral Commission to deliver democratic elections in 2023.

The statement read in part, “The 2023 elections are a departure from some of the political dynamics that defined previous polls. For the first time since 2007, the presidential election will be an open contest with no incumbent. The ruling All Progressives Congress selected former Lagos governor, Bola Tinubu, as its flagbearer. Former Vice President and 2019 presidential candidate, Atiku Abubakar, will contest on the ticket of the Peoples Democratic Party.

“However, the emergence of Peter Obi — former Anambra State governor and presidential candidate for the Labour Party — and Rabiu Kwankwaso — former Kano governor and presidential candidate for the New Nigeria People’s Party — as viable “Third Forces” has excited many young Nigerians. If a third party draws sufficient support, a runoff presidential election could be a real possibility for the first time since the transition to democracy, adding complexity to the 2023 elections.”

The document also said that the 2022 Ekiti and Osun governorship elections, the first elections held since the electoral law was passed, demonstrated the positive impact of initiatives implemented by INEC since 2019 to improve results’ transparency.

Such measures included the introduction of the INEC Result Viewing Portal and elimination of voting points, and adoption and proper configuration of the Bimodal Voter Accreditation System for voter accreditation, which has quickened the voting process and reduced tensions in polling units.

“The recent surge in voter registration numbers and increased voter turnout in the 2022 Osun polls, especially among young people, point to a renewed interest in political participation among Nigerians. However, there are questions about whether the 2022 Electoral Act will be fully implemented and whether political parties will take advantage of this increased enthusiasm to engage Nigerians on issues that matter to them. There are also questions about whether these new technologies — IReV and BVAS – will perform at the same level when scaled up for the national elections”, the organisations said.

The institutes said, while there had been some positive changes since the 2019 elections, stakeholders with whom its delegation met expressed concern about the direction of the country.

According to them, confidence in the government and elections has declined over the past 10 years, “as exemplified by the #EndSARS movement that gained traction in 2020 to protest security forces abuses.”

“In addition, insecurity has deepened, spreading to every corner of the country. Extremist and sectarian violence continues to spread, banditry and criminality are endemic, separatist elements are gaining traction, and informal security forces are proliferating.

“This intensifying violence takes place against the backdrop of increasing religious and regional division permeating the political discourse. If the 2023 polls fail to improve upon past elections, Nigerians may lose faith in the ability of democracy to deliver,” the organisations warned.

They called on the government to allocate the remaining funding to INEC, saying this would ensure the completion of procurement processes, training, and deployment of necessary staff and materials.

According to them, INEC should extend the period for voter registration to capitalise on excitement from the Osun and Ekiti elections and the nomination of final presidential and vice presidential candidates.

“The courts should be allocated sufficient funding to ensure members of Election Tribunals have the necessary resources for training, transportation, and security.

“INEC and security forces should anticipate and plan for areas where violence may be used to suppress votes/change outcomes. The government should formally address the role that informal security outfits (such as Amotekun and Ebube Agu) may play in the lead up to and during elections.

“The government should resolve the Academic Staff Union of Universities’ strike. This is critical for security, as young people unable to study could be easily recruited into cults, gangs, or other groups that could contribute to electoral violence”, they added.