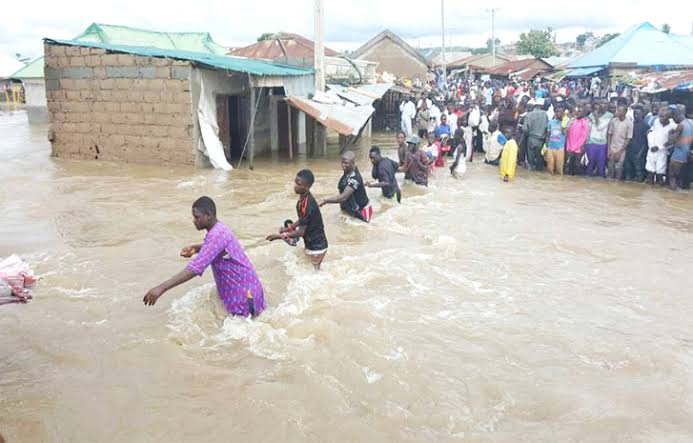 The Nigeria Meteorological Agency (NiMet) has warned of the likelihoods of flash floods across 34 States in the next three days.

The moderate to heavy rainfall, which could lead to flash floods are expected to commence from Tuesday, 24th through to Thursday 26th of August, 2021.

This is contained in a statement in Abuja on Tuesday by the General Manager Public Relations of the agency, Muntari Ibrahim.

2023: Wives, children and relatives of PDP or APC chieftains will vote for Peter Obi—Activist

The agency said the chances of flash flood events on roads, settlements, farmlands and bridges could be more pronounced and could lead to cars skidding off the road and with chances of car crashes.

The agency cautioned the public to take heed and avoid damages from rain related hazards occasioned by the predicted flash flood.

It also advised Nigerians not to ignore the latest prediction, adding that the previous three-day forecast issued towards the end of July was 100 percent accurate with disheartening tales of lives and property affected significantly.