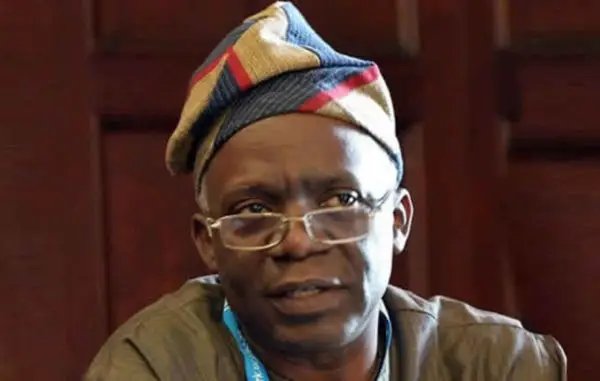 Lagos lawyer, Mr. Femi Falana, yesterday, took the Buhari administration to task over the committee it set up to identify grazing routes across the country, saying the Federal Government has no such routes anywhere.

Falana spoke on a day Bishop Matthew Kukah of the Diocese of Sokoto of the Catholic Church said it was difficult to take in the things happening in Nigeria.

On his part, Supreme Court Justice Chima Nweze lamented that the nation is bitterly divided on religious, ethnic and ideological lines.

The eminent Nigerians spoke at the inauguration of the Old Seminarians Association of Nigeria of the Catholic Church.

The Clerk of the House of Representatives, Chinedu Akubueze, who’s the Chairman of the association, said they were going to explore the diverse membership to solve many socio-political challenges facing the country.

Delivering his key note address, Nweze, who’s a member of the association, urged the Church and the Priests to always contribute to the national discourse in the best interest of the country and the people.

Speaking on the topic, “Age Quid Agis: the Route to National Cohesion and Integration, the concept of Good Neighbour”, he said: “Nigeria is, highly, divided along ethnic, religious, political and ideological lines. This division comes with serious suspicion, distrust, and hatred among the diverse citizens. Efforts towards national integration as national interest and project in Nigeria is challenged by corruption, baseless party politics and worse of all, insecurity.

“The country, in the face of these challenges, requires that its citizens think beyond their differences to propel the nation into maximising its potentials towards the actualization of greatness. It should be noted that without love encapsulated in good neighbourliness being imbibed by the citizens, the different components that make up the country will persist as dividing factors among the people.

“In my humble view, emboldened by the mandate of the dogmatic Constitution, the Nigerian Church should now espouse what a theologian once called ‘the evangelisation of human structures’. That is a new approach which should confront the injustices ravaging the economic, social and political lives of the people. The question now is: how can the Nigerian Church achieve this without embarking on political activism? As we noted elsewhere, political philosophers have identified corrupt political leadership as the ultimate albatross of political life in Nigeria.

“Should the Church not think seriously about the arguable proposition that Priests are in a better position to change the face of partisan politics in Nigeria since they would, most probably, show an exemplary model of incorruptible leadership?

Falana corroborated the position of the eminent jurist.

His words: “This is a country of wonderful opportunity. We have always been united in our diversity. Right now, our country is sharply divided. Christians against Muslims, one ethnic group against another, and these are all diversionary tactics by the ruling class to keep our people divided. The problem of this country are the same, poverty is the same all over the place, notwithstanding that the northern part of the country has produced more rulers, poverty in the north, particularly in the Northwest is higher than other regions, and this is why our people must be united, the oppressed must be united. The exploited must be united and we must examine those problems that are being used to divide our people.

“Take the question of animal husbandry, where herders— armed herders are killing people. This is a problem that can be solved scientifically. Today, the governors of Kaduna, Zamfara and Katsina States have banned the interstate movement of cattle. Which is a ban on open grazing. The Kano State government is investing massively on RUGA settlement.

“In July, President Buhari gave N6.2 billion to Katsina State government for ranching, so if you are giving money for ranching to Katsina, why are you now looking for grazing routes in other states? Grazing reserves in other states? In any case, the Federal Government never had grazing reserve or grazing route. They were owned by the government of old northern region. And we are talking of the 19 northern states now. So, what the Federal Government never had cannot be reclaimed. This problem should be left to the states, because, aside from the Federal Capital Territory, the land in every state is vested in the state governor on behalf of the people. So, the Federal Government should not continue to cause problem for our people.