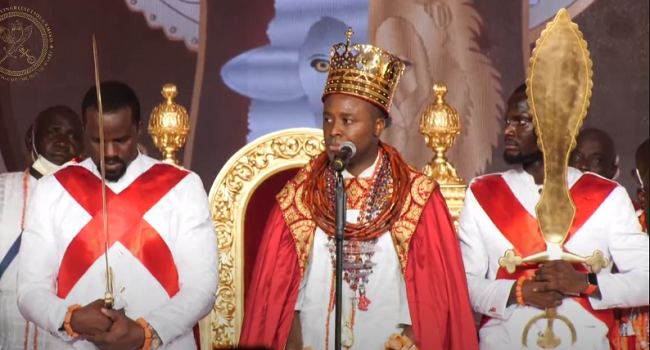 Jungle Journalist Media Ltd gathered that Emami served as the ‘Ologbotsere of Warri Kingdom’ under the immediate past Olu, his majesty, Ogiame Ikenwoli.
It was learned that Emami, who was not on good terms with the new monarch, was sacked along with other members of Council, committees and subcommittees in the Kingdom.

The Olu has confirmed the new Warri Council of Chiefs, with Chief Johnson Amatserunleghe, Iyatsere of Warri Kingdom emerging as the highest-ranking Itsekiri Chief as well as ‘traditional prime minister’ of the kingdom.

In a statement released by the palace, the recently crowned monarch stated the exercise would be carried out in batches.

The statement said that some of the chiefs confirmed are: