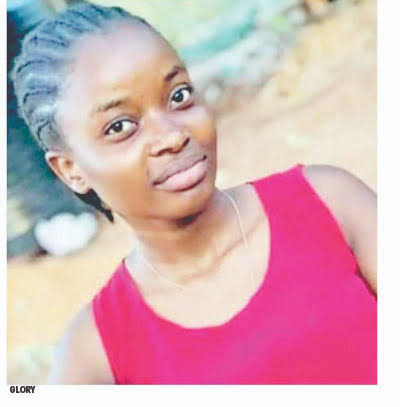 The Coalition of Civil Society Organisations has condemned the continued detention of Glory Okolie, a 21-year-old young woman arrested and enslaved by operatives of the Inspector-General of Police’s Intelligence Response Team (IRT) in Imo State.

The police had arrested Okolie for allegedly being friends with a suspected member of the proscribed Indigenous People of Biafra (IPOB).

She was later transferred to Abuja, despite efforts by her family members to secure his release.

After 66 days in detention, the police, in a statement said she was arrested for alleged membership of IPOB and for working with one Uzoma Emojiri to attack officers and stations in Imo.

INTERVIEW: Why One Love Foundation is embarking on 2nd Chance Rehabilitation Programme for prisoners in Nigeria- Eholor

Her detention stirred public outcry as many Nigerians, including civil society organisations, have called for her release.

Leaders of 45 CSOs, including One Love Foundation in a joint statement accused the police of detaining Okolie in flagrant disobedience to the orders of the Court.

“The continued incommunicado detention of Gloria in flagrant disregard to a court order is irresponsible, unconstitutional and contemptuous of the Court. It is a further violation of her fundamental rights to personal liberty, dignity of her human person, presumption of innocence and fair trial. The actions of the police amount to a subversion of due process and rule of law,” the CSOs said.

“Section 35 of the Constitution of the Federal Republic of Nigeria guarantees Gloria Okorie’s right to liberty. The Constitution provides that where the Police arrests a person, the police is required to bring the person before a court of competent jurisdiction within 24 hours or 48 hours where the court is not within a 40km radius. Otherwise, the police are obligated to release the accused or detained person on bail.

“The Police Force is responsible for promoting and protecting the fundamental rights of persons in police custody as guaranteed by the Constitution. In Section 5(3), the Police Act further provides as follows: In addition to the provisions of subsection (1) and (2) of this section, the Police Force is also charged with the responsibility of promoting and protecting the fundamental rights of all persons as guaranteed under the African Charter on Human and Peoples’ Rights (Ratification and Enforcement) Act and other international legal Instruments on Human Rights to which Nigeria is a signatory.

“Pursuant to the aforesaid, we hereby call on the Inspector General of Police to use his good offices to put an end to the continued breach of Gloria Okorie’s fundamental rights; ensure that his men adhere to the provisions of the law and the order of the High Court as stated above and stop the further trampling on the Rule of Law.

“The CJN, Hon. Justice Tanko Muhammad on September 23, 2019 noted that disobedience to court orders is a recipe for anarchy and admonished that:

“The rule of law must be observed in all our dealings and we must impress it on the governments at all levels to actively toe the path. The right of every citizen against any form of oppression and impunity must be jealously guarded and protected with the legal tools at our disposal. All binding court orders must be obeyed. Nobody, irrespective of his or her position, will be allowed to toy with court judgments.

“We therefore call on the Inspector-General of Police to order his men to release Gloria Okorie on Bail immediately or otherwise charge her to court for prosecution if she has any case to answer. The continued unlawful detention of Gloria Okorie and the contempt for the courts of the land only worsen the negative public perception of the police and widen the trust gap. It also raises the suspicion that there is more to this act of impunity than meets the ordinary eyes. Why are the police shielding Gloria from access to her family and lawyers?

“The police, by their actions and posture, are only lending credence to the fears expressed in some quarters that Gloria may have been violated including sexually and likely impregnated. Going by records, this is not beyond the Nigeria Police. The police must dispel these fears and suspicion by immediately complying with court orders to release Gloria without further delay.

“The Nigeria Police cannot be seen to be institutionalising impunity by engaging in acts that are unconstitutional, unlawful, irresponsible and lawless. We also call on the Inspector-General of Police to order the immediate release of the commercial motorcyclist re-arrested and detained for revealing Gloria Okorie’s secret detention by the police.”