Paul Okoye reunites with kids amid divorce battle with wife 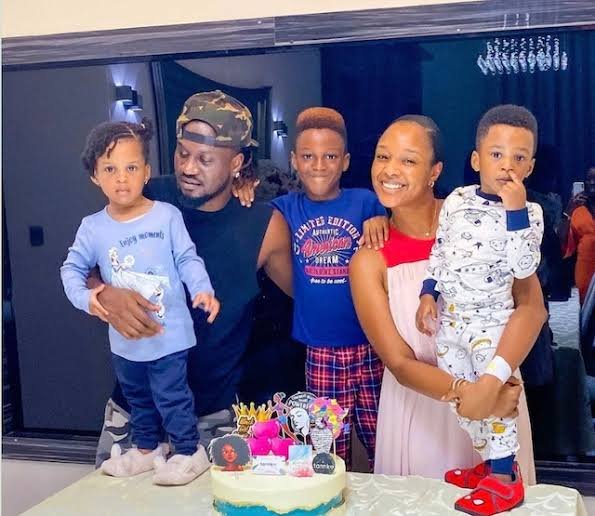 Popular Nigerian singer, Paul Okoye, has reunited with his children in the United States of America amid a divorce battle with his wife.

In videos shared by both the singer and his wife, their children were apparently excited to see their father.

In the video posted by the ‘Reason With Me’ singer, he was seen in a warm embrace with his kids who had just alighted from their school bus.

“Family. I repeat family is the biggest thing. Everything else is dust. God bless you, wifey and the babies. Love always.”

Moreso, the singer’s estranged wife, Anita, posted a similar video on her verified Instagram account with the caption, “Papa’s here.”

The pair met in 2004 during their undergraduate days at the University of Abuja and got married on March 22, 2014, in Port Harcourt, Rivers State.

However, Anita filed for divorce in August this year. She requested the dissolution of her marriage with Paul, as per a partly redacted court document that surfaced and went viral on social media platforms.

According to the petition filed at the High Court of the Federal Capital Territory, Anita cited “irreconcilable difference” as her reason, asking Paul to challenge it if he felt disgruntled.