EDITOR’S NOTE: This interview was granted to The NET Magazine by Peter Okoye in 2017. 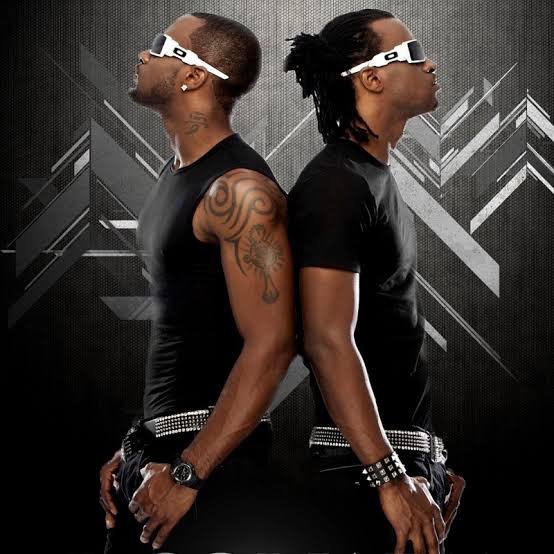 One half of pop star group, P-Square, Peter Okoye, has shed more light into the cause of the apparently irreconcilable spat between himself and his brother, Paul.

In an interview with The NET magazine, ‎Peter said the current spat, which has all but ended the group’s union, ought to have happened two years ago just before the release of their last studio album, Double Trouble.

“What’s happening now should have happened then,” Peter said.

“Four years ago, I told Jude (P-Square’s elder brother and manager) he needs to step down as our manager, because I didn’t ‎want to disrespect him as a brother, but this is business, (and) we have to structure it. And Jude said to me that there’s a way I (should) talk to him, (he threatened to) slap me. So I kept quiet.”

“So, a few hours after,‎ Paul came to me and said if I want to step down it wasn’t a problem, but it meant that he (Paul) would go solo. The first time word got out about P-Square breaking up, a lot of people called us; senators, governors, and people like that.

“In fact, three of us were once in a private jet to go and see someone who wanted to resolve our issues, and we didn’t speak to each other throughout the flight. At the end of the day, I swallowed my pride for peace to reign and allowed Jude to remain as our manager.”

Last month, Peter launched a scathing attack on Jude on Twitter announcing he was no longer the pop group’s manager, adding that whoever does any business with him “does so at their own risk.”

Speaking to The NET magazine, Peter said he had not been on speaking terms with Paul since December 2015.

“Something happened at Mavin Studios last year that broke my heart,” Peter continued.

“Now listen to this, P-Square featured on songs with J-Martins, Bracket, LKT, 9ice and these four songs were done by Paul alone, but guess what, did I appear in the videos? Yes.

“Now hear this, we have other collabos with Kaha, Darey, Ruggedman. I did these songs alone. How come they don’t have videos? Paul refused to appear in the videos.

“So I told Paul that when next he does a collabo alone, he should be in the video alone, because it got to a point where artists began to feel if they did a collabo with Paul it (would) get a video, but if it was me, it (wouldn’t) get a video.

“The last collabo we did was with Flavour and I refused to do another one. Even Flavour had to speak all the Igbo he knows to convince me before I agreed to do it. Only for my brother to come and tell me that ‘Shey I thought you said you won’t appear in any video I did the collabo alone? Why did you appear on this one?’ I was sad but I knew another one will come.”

Peter also recalled an incident with Mavin Records’ Tiwa Savage who had, apparently, done a song with Paul.

“I went to the Mavin studio to meet Tiwa. When I got there, she asked for the CD (of the song from Paul) and I told her Paul didn’t give me any CD, so I called him again and gave the phone to Tiwa and (he) told her on phone that the CD is at Omole, so I got into the studio, recorded my verse and when I finished, everybody was clapping. I was surprised to realize that Paul had (told) them that I don’t sing or write songs.

“I felt really bad and betrayed, but I covered up for him. I jokingly asked Teebillz if they gave him Red Label and he said yes, so I was like you guys caused it, and we laughed over it. So when my assistant went to pick up the CD, Paul and Jude started shouting at him to ‘ask Peter what is he doing at the Mavin studio? He knows how we work.’ The next day, I went to Paul and told him how I felt when I heard what he said. Only for Jude to say that he made Paul the lead singer of P-Square eight years ago. A leader leads, he doesn’t destroy.”

Peter said the whole drama began after Paul began posting the lyrics of most of their songs on Instagram and saying he was the writer.

He also accused Paul of being weak and not standing up to their elder brother.

“I remember I once told Paul something when Jude became our manager; he was using the term ‘our money,’ that was when we made our first one million (naira). I called Paul and told him that our former manager used to make about 15 percent, and now Jude is our manager, let’s think of a percentage that we’ll be giving him and put it on paper. Paul said it’s not necessary. He probably went to tell Jude about it.”

Peter also used the interview to address the reasons why he called out Jude on social media, adding that he did it to protect “our careers.”

“The day I fired Jude was at a concert,” he said.

“The day I came back, we had a show, so I went straight to the venue in Lagos and told Jude I want to talk to him, and he said I should say anything I want to say in front of everyone, (which) was the same attitude Paul gave me before I travelled.

“So Jude said if I like, I should get out, and I said ‘guy don’t embarrass me.’ He said who are you, because you‎ think you are P-Square? So I told him openly that if he cannot resolve me and Paul’s issue, he doesn’t deserve to be our manager, and he said I should get out. There and then I told him ‘You are fired.’ He looked at me and said, ‘You fit fire me?’ That was when I entered my car and started tweeting. How else can you take him out?”

Peter, who had announced his new management, said he had moved on and is already performing alone at shows.